What a Way to Start a Day!! 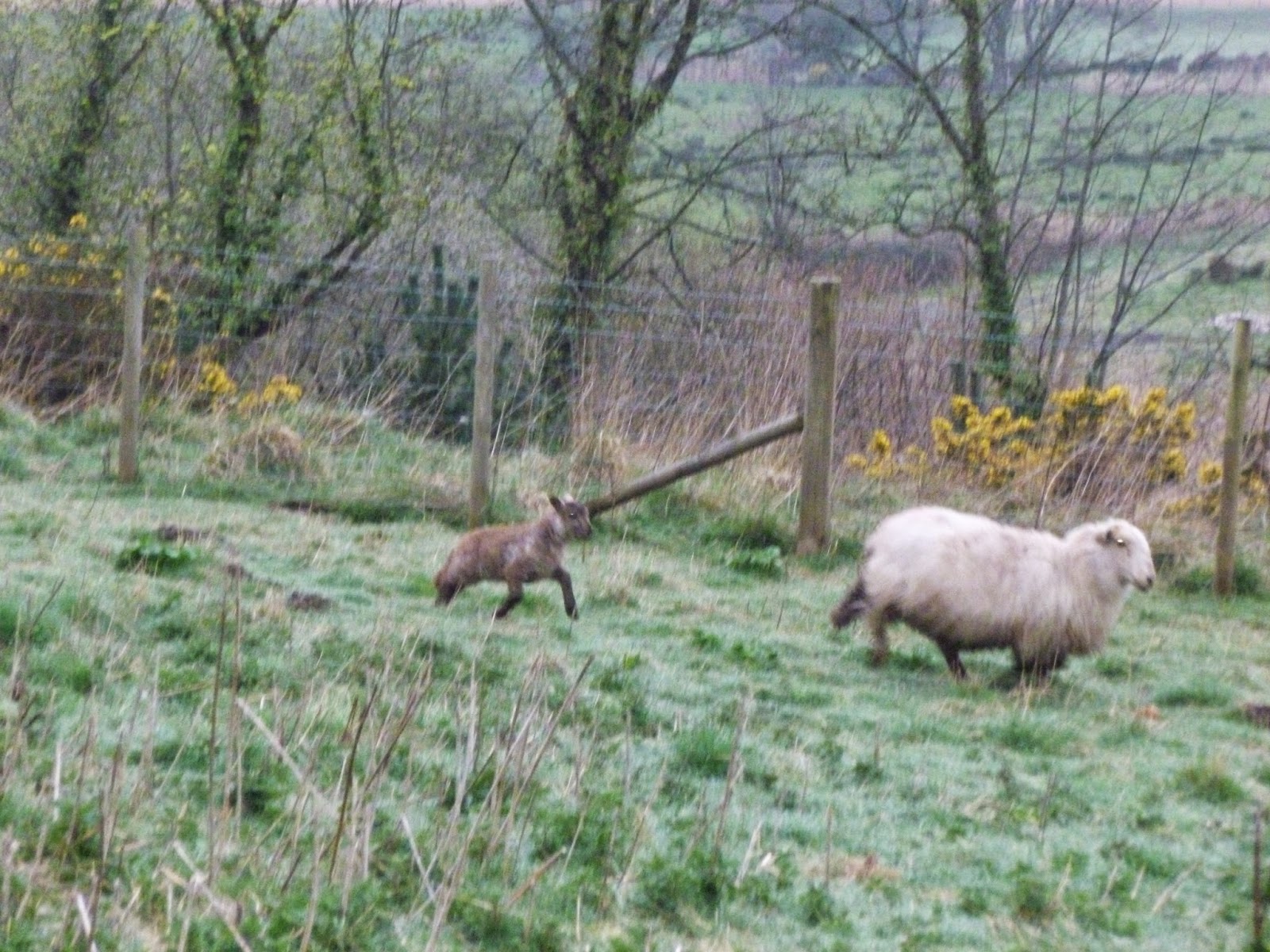 I was woken this morning at first light by the dogs barking.  Not just a the gentle but annoying barking that means Ginger the cat has been teasing them again, but a wild frantic barking that told me immediately something was very wrong.
Diving from my bed I grabbed my dressing gown and peered out of the upstairs windows thinking a fox had come a calling on my feathered friends, but no it was something much more unexpected ..... sheep. Well just one mummy sheep running along the road and her lamb running parallel to her .... but down the side of our chicken fencing and the hedge!!
Now this sheep has been living in the field opposite us since being unceremoniously thrown over by some drivers that caught her running down the road, better I suppose than being hit by a truck.  Lovely Hubby had checked her over after the fall, (there is quite a drop where she was tossed over), he untangled her from the brambles she had landed in and helped her to stand until feeling came back to her hind legs and she could manage on her own.  We traced her owner and got a message to him that she was there, I suppose with it being the same chap that Mavis used to belong to we should not have expected any immediate response from him or a caring side to his nature.
We kept an eye on her from a distance and eventually she gave birth to a single and very healthy lamb and they have been living their solitary Mum and baby existence since then.  Yesterday I was out tending the chickens when a passing trucker rolled down his window and shouted over the hedge "there's a sheep and it's lamb running down the road", and yes when I looked further up the road there they were zigzagging through the traffic further up the road.
Before I had time to do anything Mummy sheep found a hole in the hedge and got herself and the lamb back to the safety of the field.  But obviously the wanderlust has been growing and at first light they must have decided another adventure was beckoning.
And that's when the barking started......
I quickly pulled on jeans, a t shirt straight from the washing basket and grabbed my jacket and wellies and carefully keeping the dogs inside the house went out to start sheep wrangling.
Luckily the lamb, in it's eagerness to escape had got it's head stuck through the netting that surrounds Chicken World and I was able to grab it firmly and tuck it under my arm, Mummy sheep was going frantic, but by squeezing baby to make it bleat in panic every time I wanted to attract her attention I managed to walk her up the verge by the side of the road and after a few attempts get them together into our triangular field which has a cattle proof gate.
I have phoned their owner and reported his stocks new whereabouts and warned him that there is a lamb sized exit at the bottom of the gate and that he should come and get them sharpish before baby discovers it.
We'll see how long it takes him. 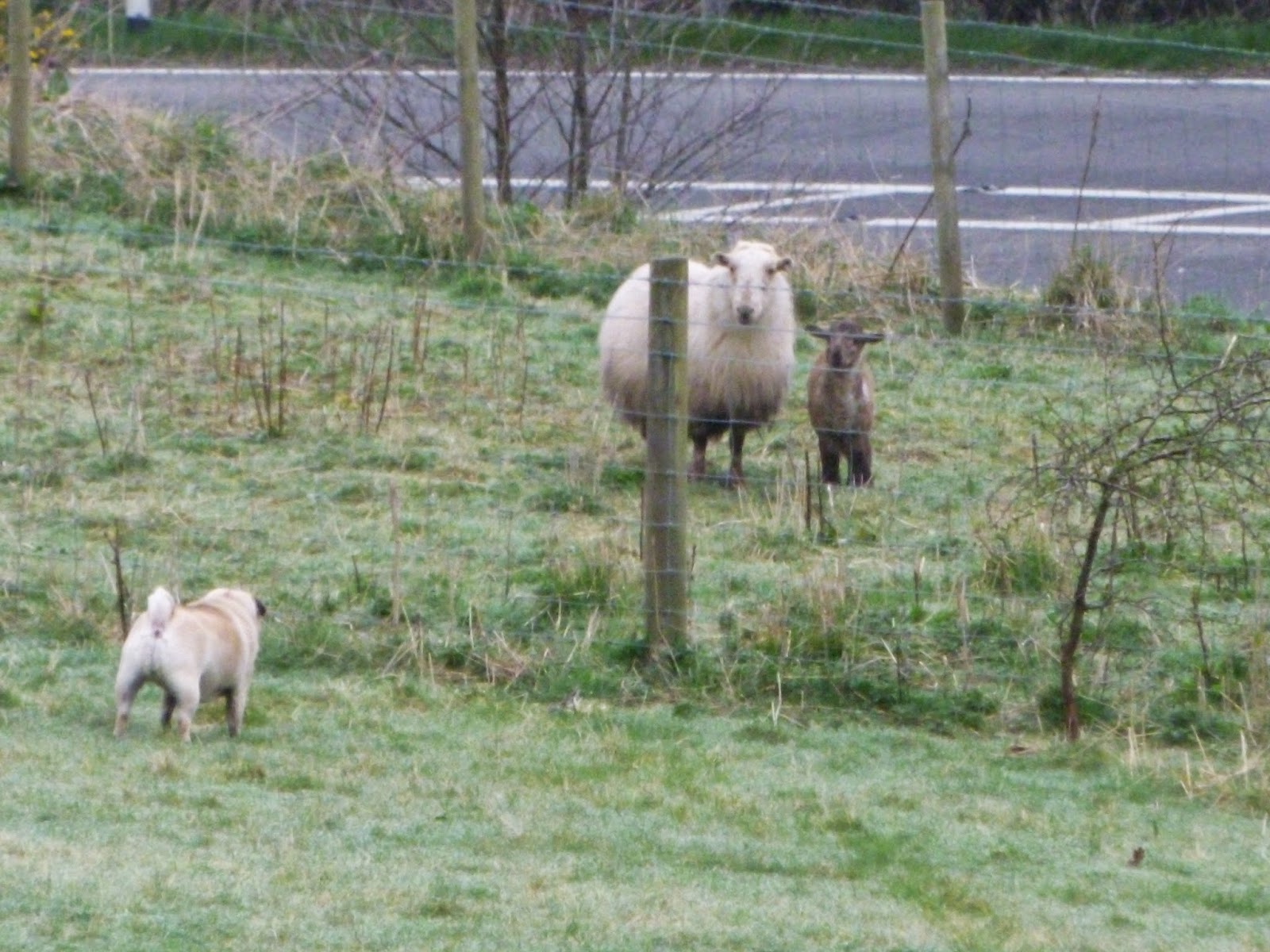 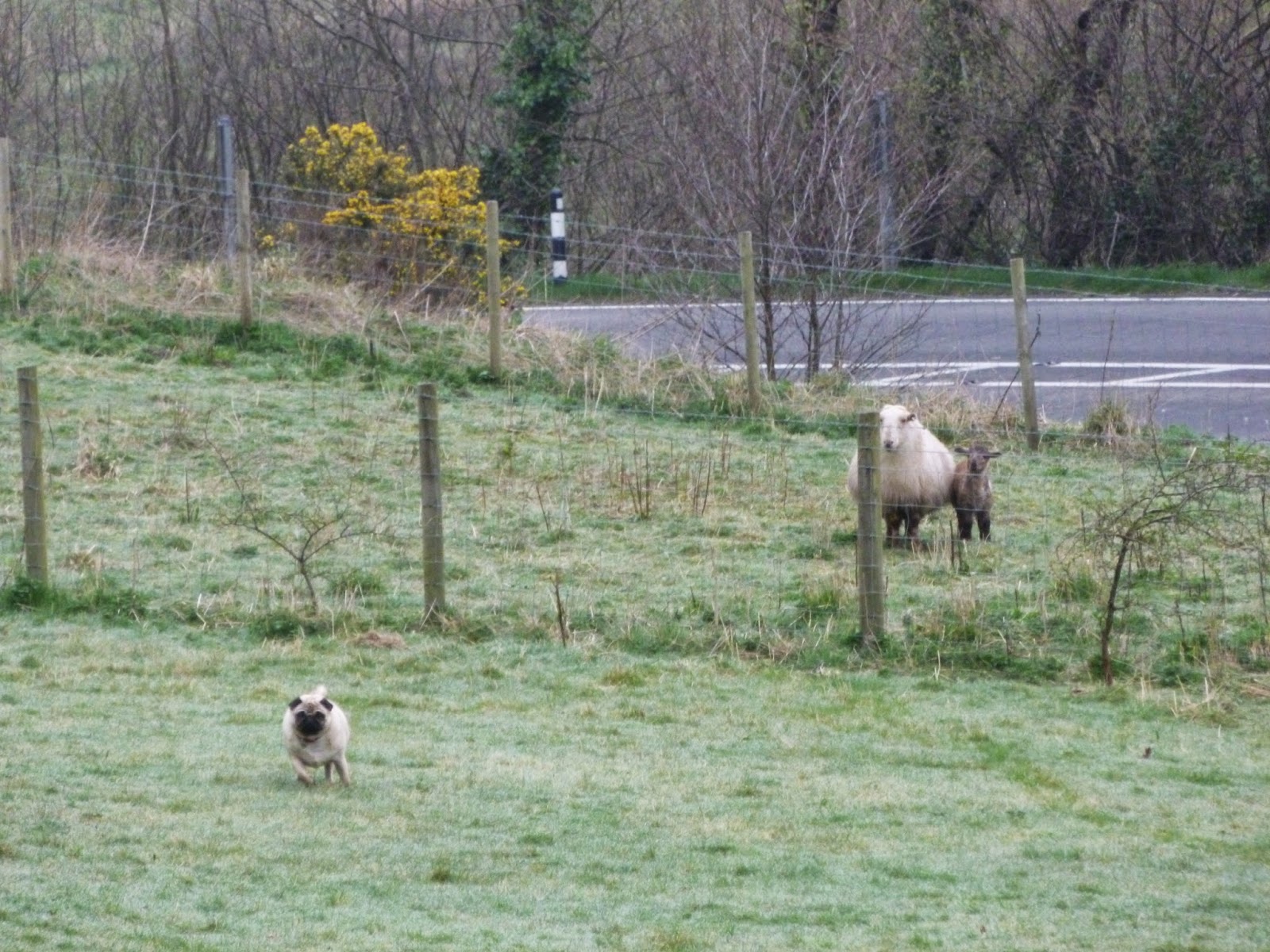