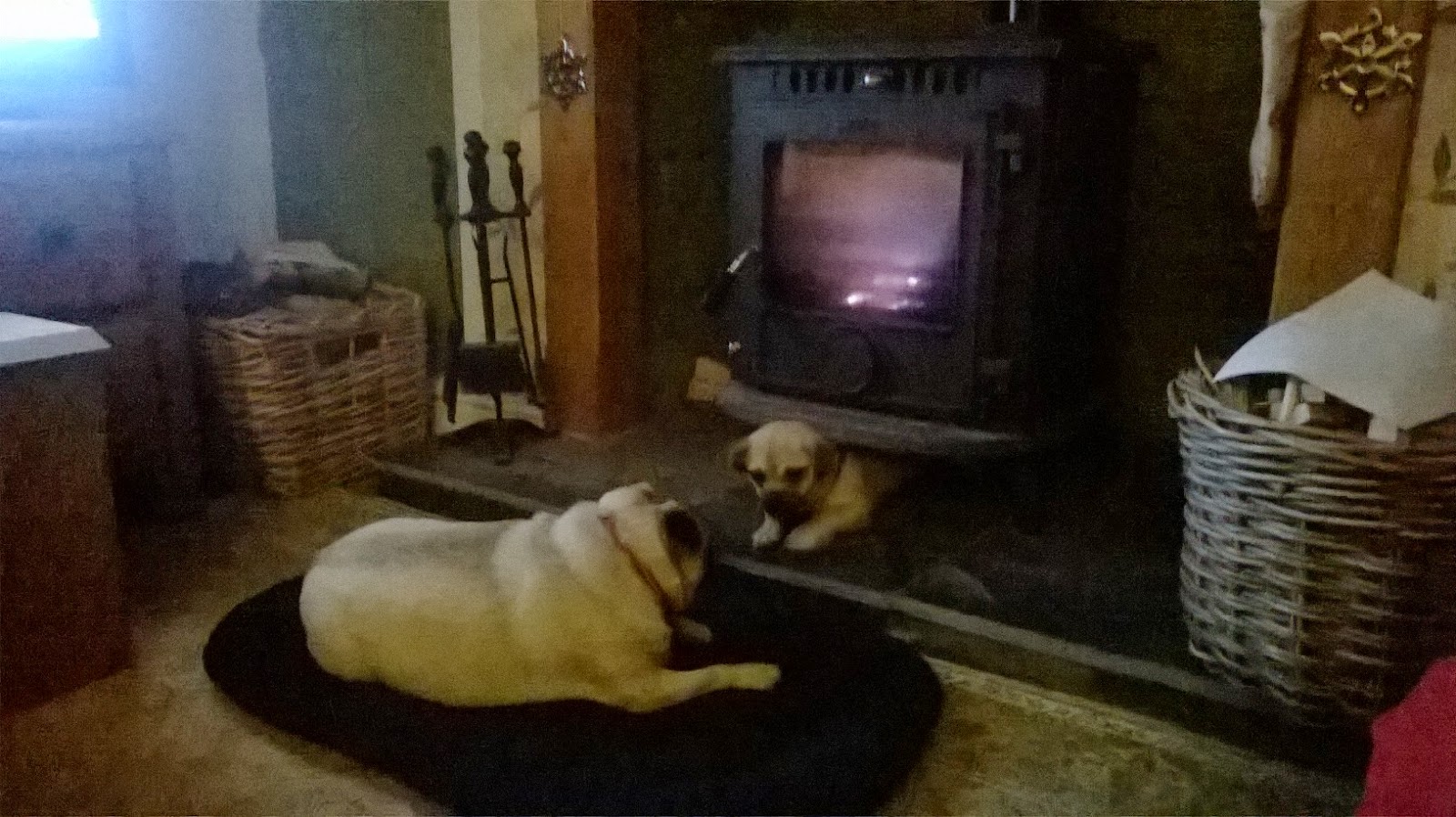 Here's a picture captured on my phone the other night.  Apologies to my Facebook followers who will have already seen this as it happened.

Charley has taken to sitting behind or under the log burner.  I don't know how she stands the heat, but it must get to her eventually as she wriggles her way out when she's had enough and joins Suky on the dog bed in front of the burner instead of lying on the slate underneath it.

She loves it and try as I might I cannot dissuade her from going there. 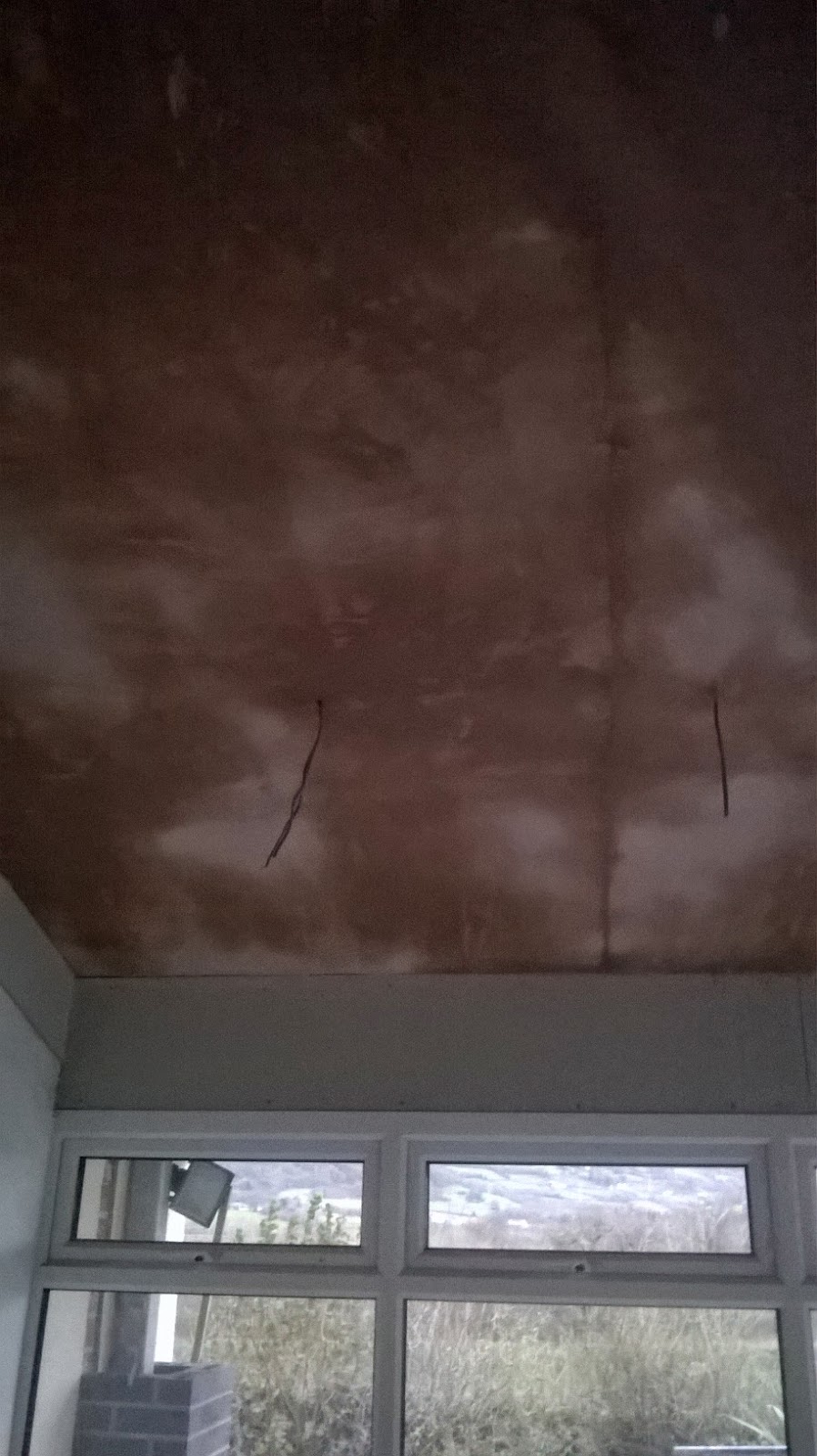 And at long last we're plastered ... the windy few days we've had meant that work cracked on a pace inside the conservatory and the ceiling and sides were boarded out and plastered. 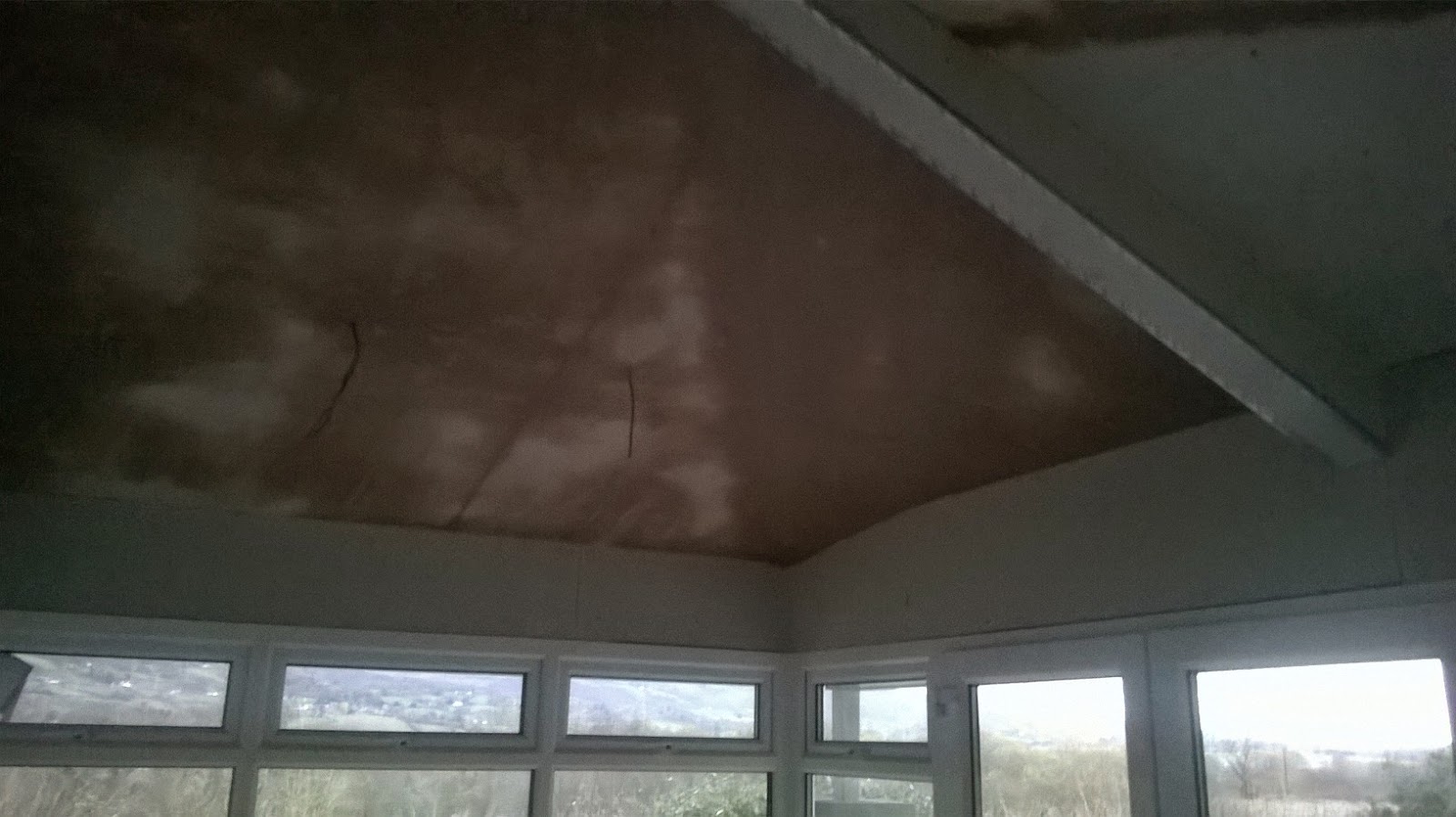 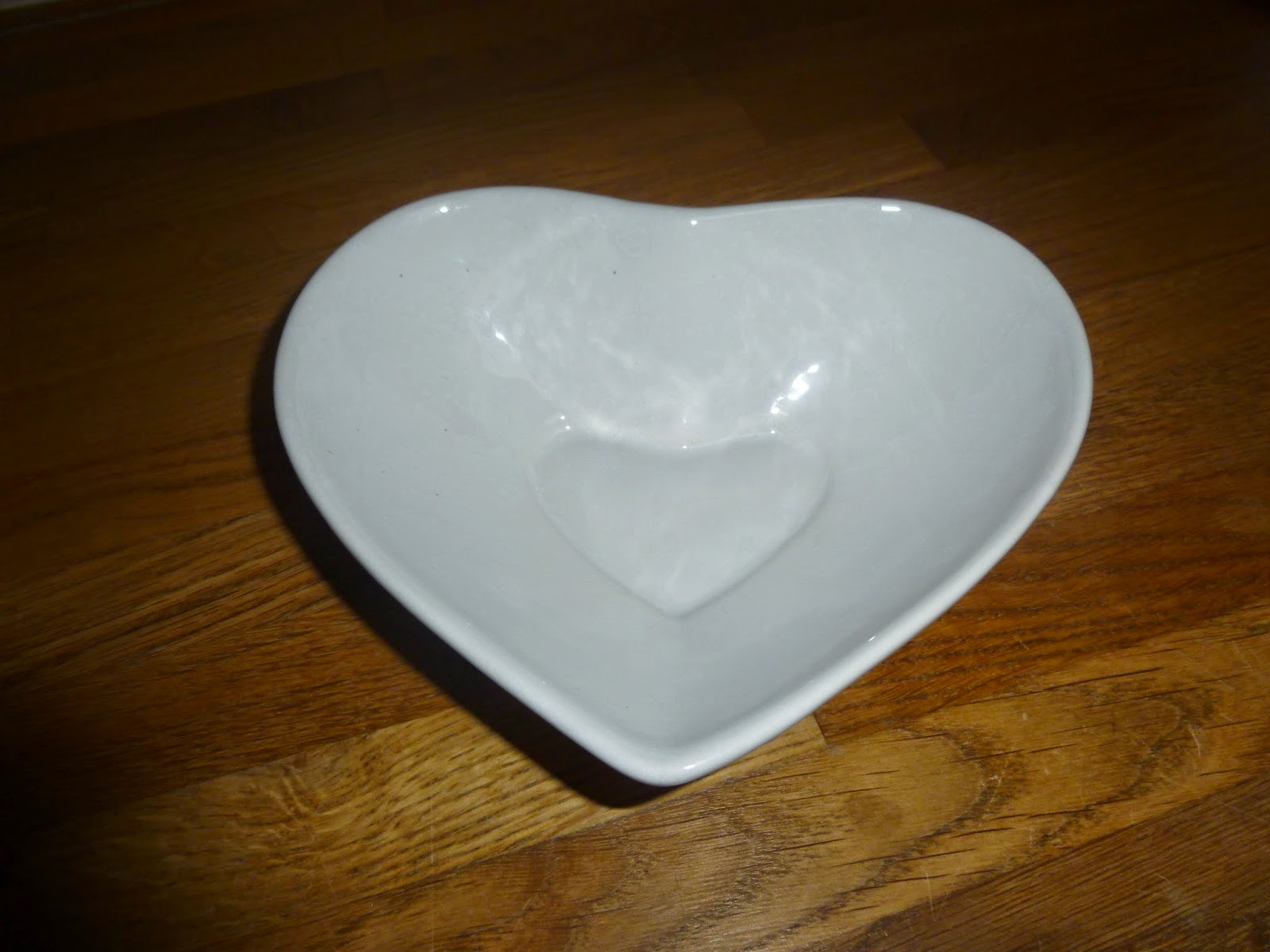 A simple little heart shaped white dish.  I have a set of three one of which is almost the same size as this one, so it's surplus to requirements and has already gone off to the charity shop.

I've chosen to take most of my donations to a cancer charity shop in Llandudno.  It is the one shop that seems to have the least stock, a lot of the others are bursting at the seams with 'stuff'.