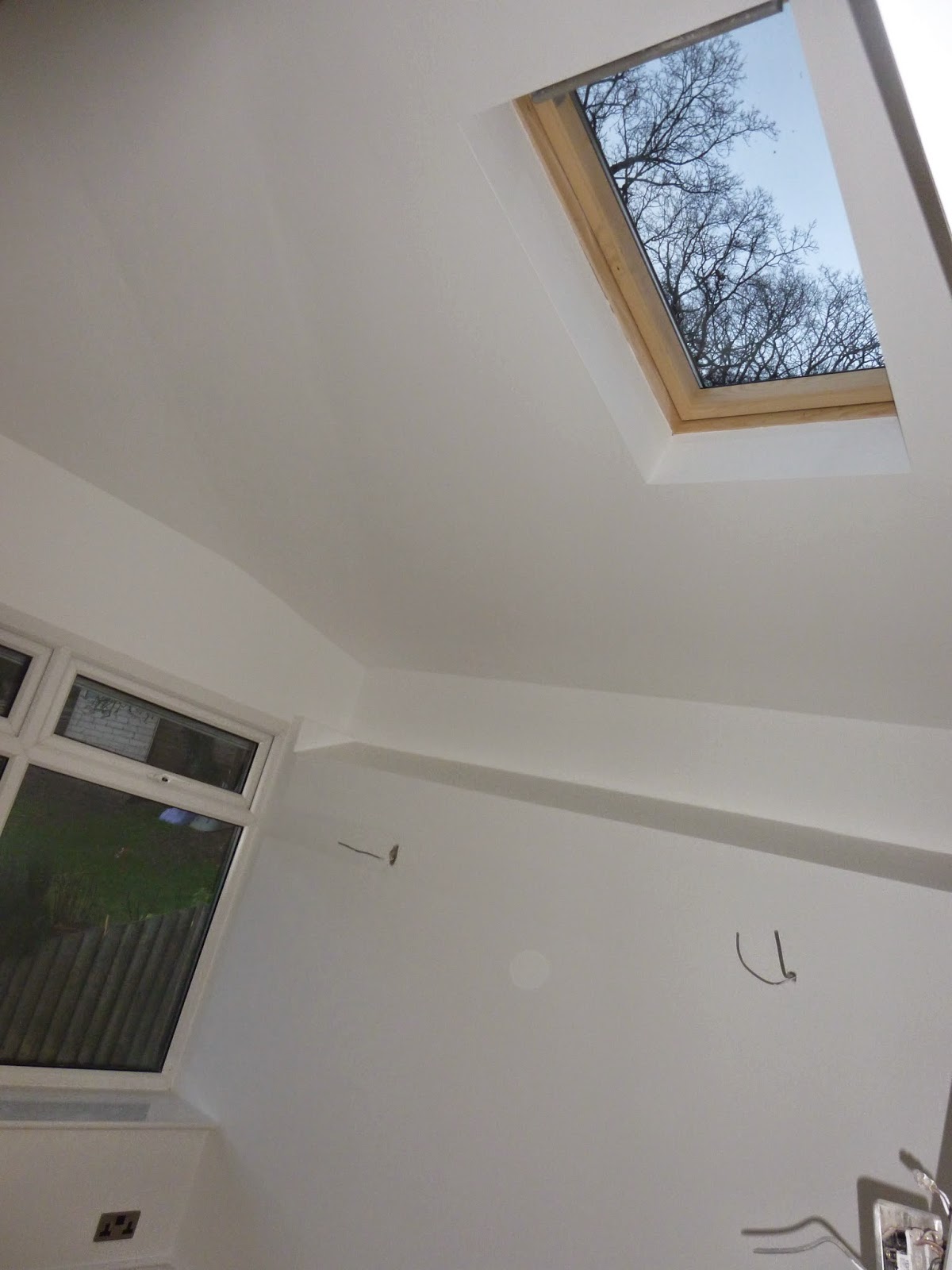 Everything is all white ..... the room has now been painted with three coats on the ceiling and two on the walls, the woodwork has all been sanded down and re-glossed, and the lights are being fitted.

Tomorrow will be the first 'ta-da', there is a little bit of work to finish off the windowsills, which are being topped with the same worktop as in the kitchen to make a bench area around the table, but that is on order and hopefully will be fitted in the New Year. In the meantime it's white and at long last clean.  We spent yesterday scrubbing the windows and frames to get the spashes of set plaster off and now the room smells lovely.  Clean and fresh and ready, almost, for using again. 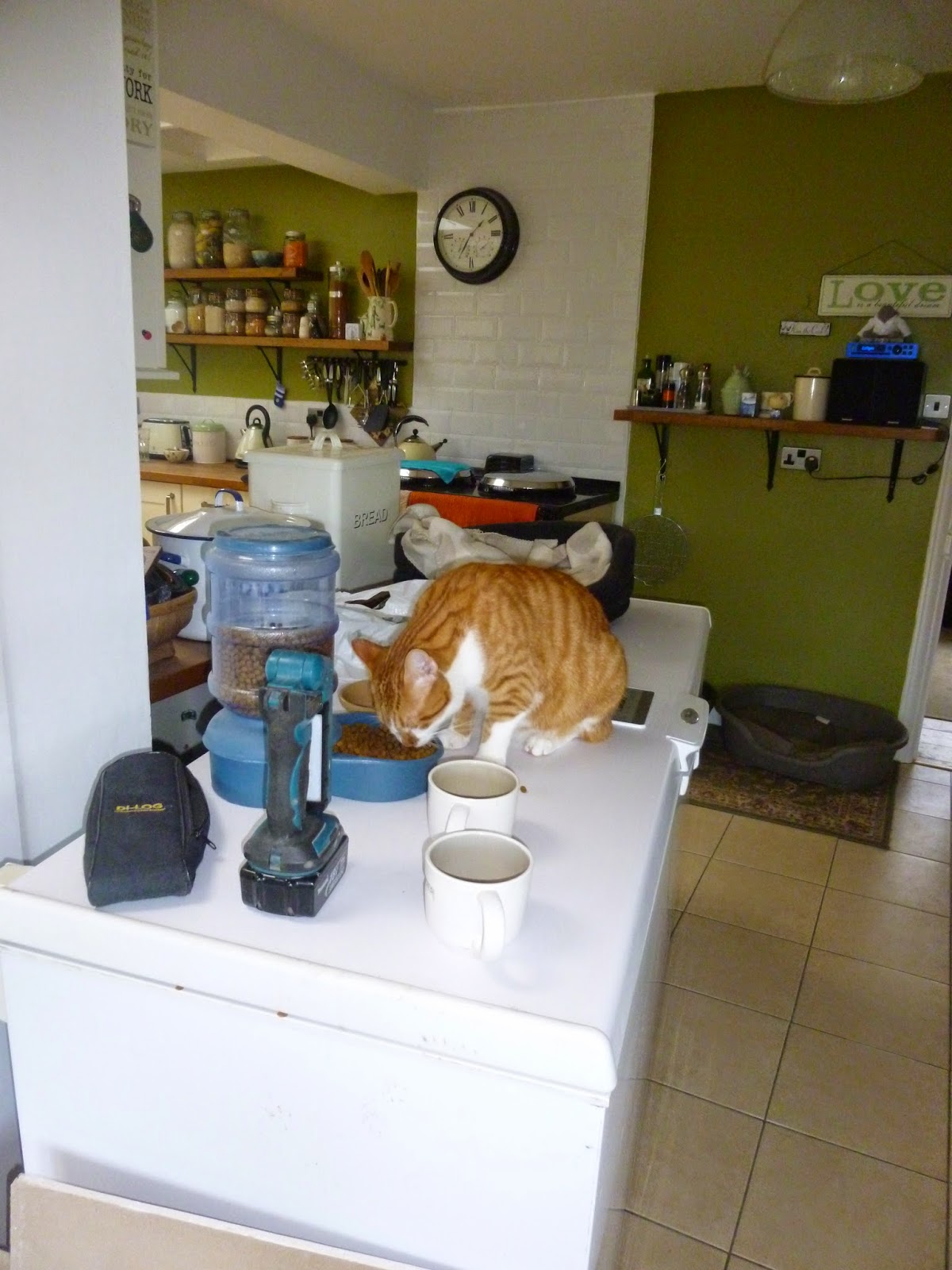 Ginger, the cat has been brilliant throughout all the renovations.

Moving his dining area, which is always on top of the freezer so the dogs don't empty his 'eat when you want to' food dispenser, only caused him momentary confusion.  His bed was placed on top of the freezer too, just to give him somewhere he doesn't have to share with the dogs to sleep, although he usually chooses to snuggle up with Suky if it's a chilly night. 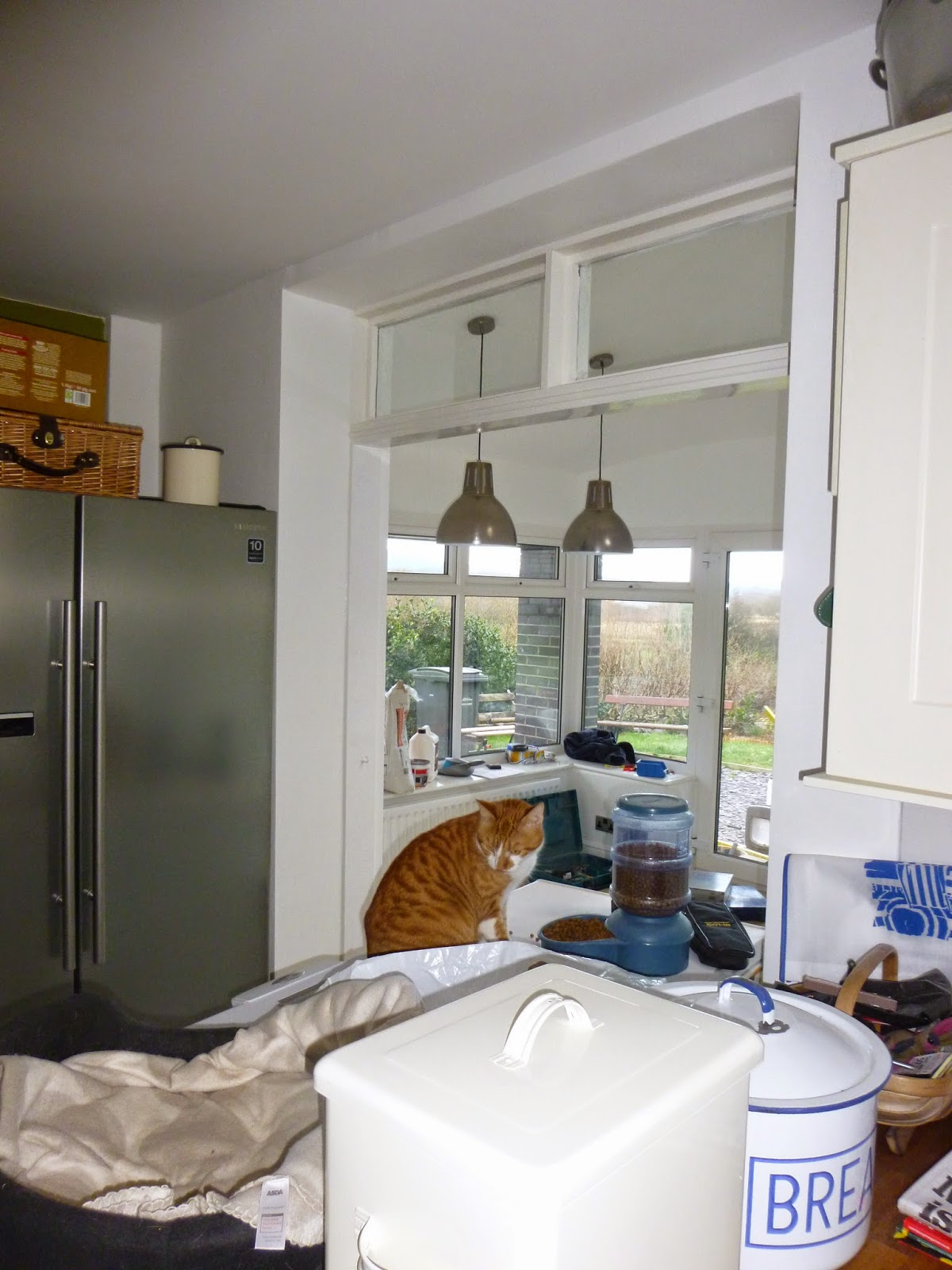 He ate and slept amid builders tools and confusion and didn't once get stroppy.  We are so lucky to have this totally laid back cat in our lives. 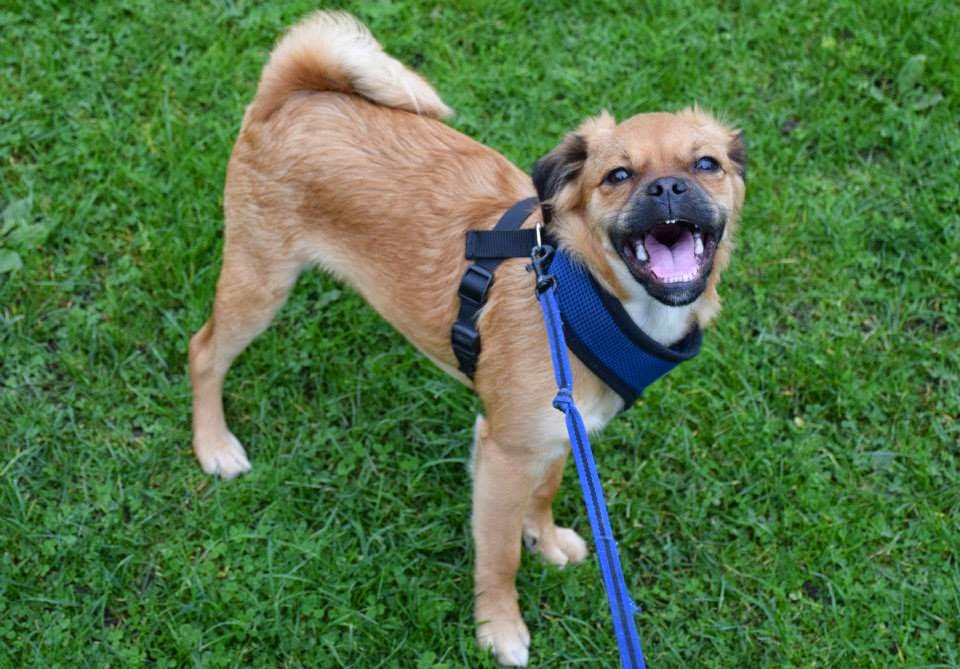 Here's someone you haven't met before ... this is Bertie, Charley's brother. 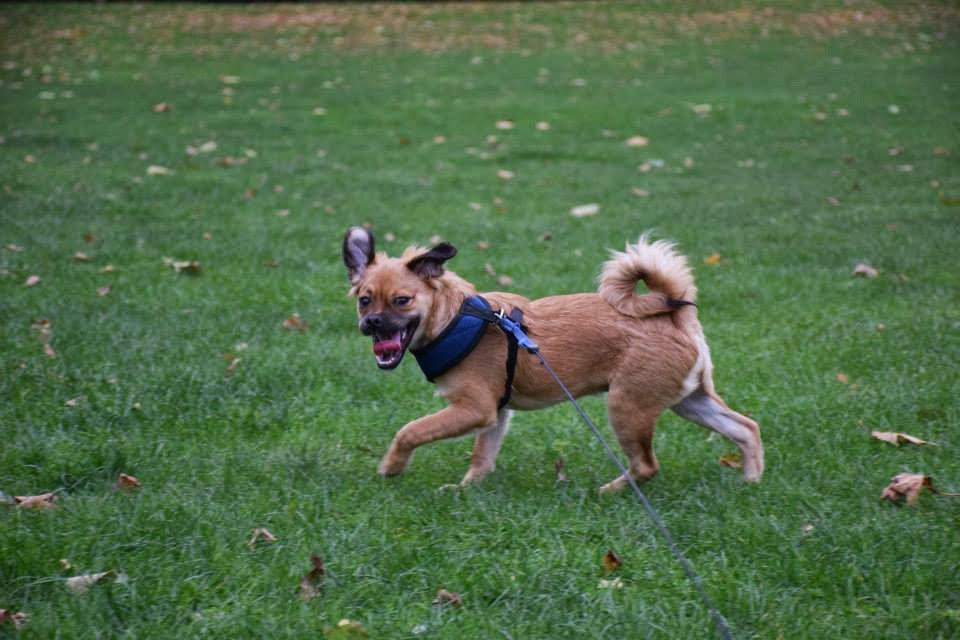 We still keep in touch with the guys we bought Charley off, and Bertie's human Mum is called Lynette a workmate of Lovely Hubby's so we naturally keep in touch with her too,  and exchange photos of the pooches to see how they are developing.  Both are very confident, happy and content little dogs, this is what you get when you buy from someone who raises pups because they love raising pups and not just for money.  There are lots of similarities in the two but as you can see lots of differences too. 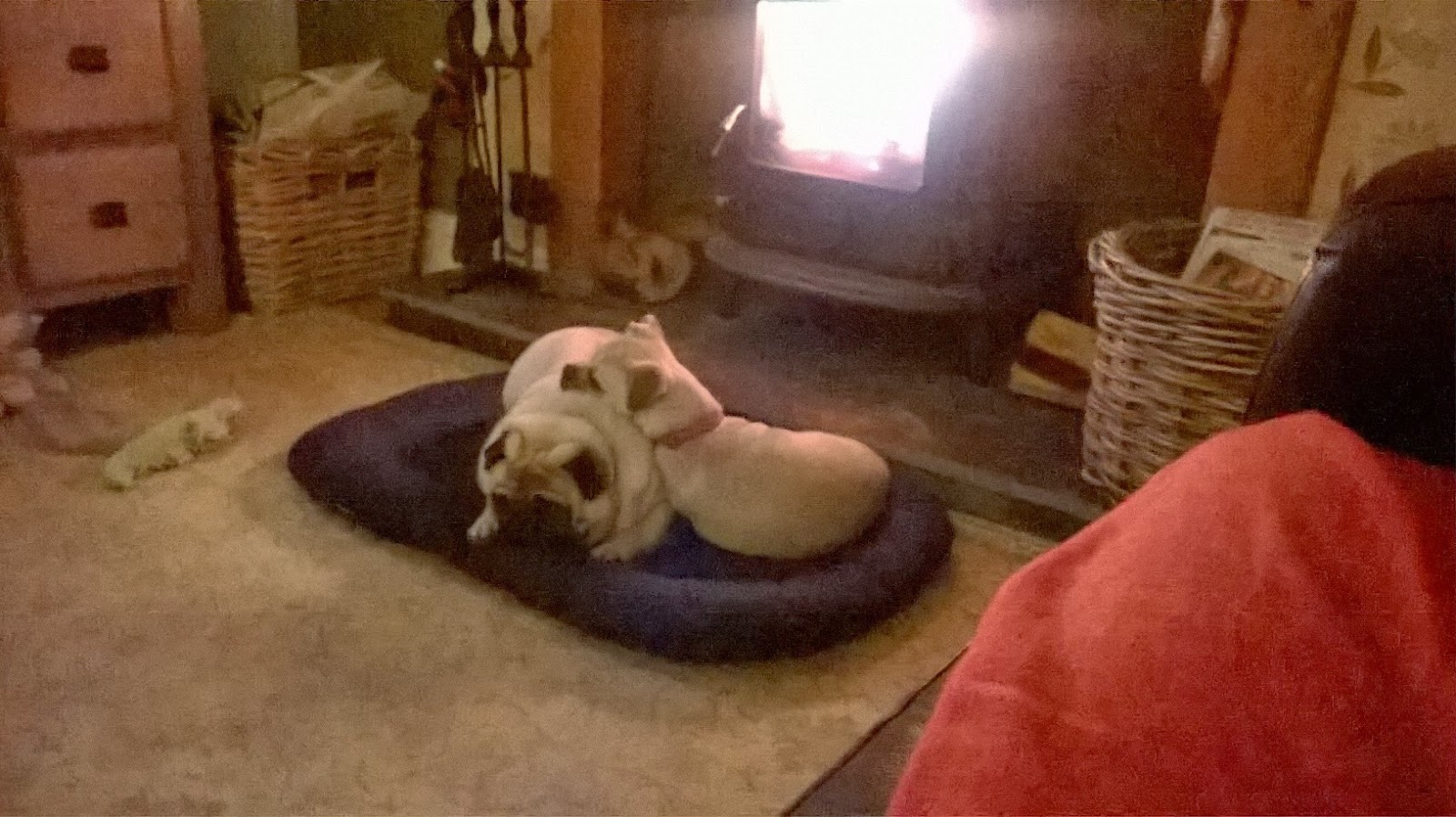 One of the biggest differences in Charleys life is that she is never alone, she has all the other dogs with her all the time and Ginger the cat too.  I don't honestly think she has ever been left alone for more than a few moments. 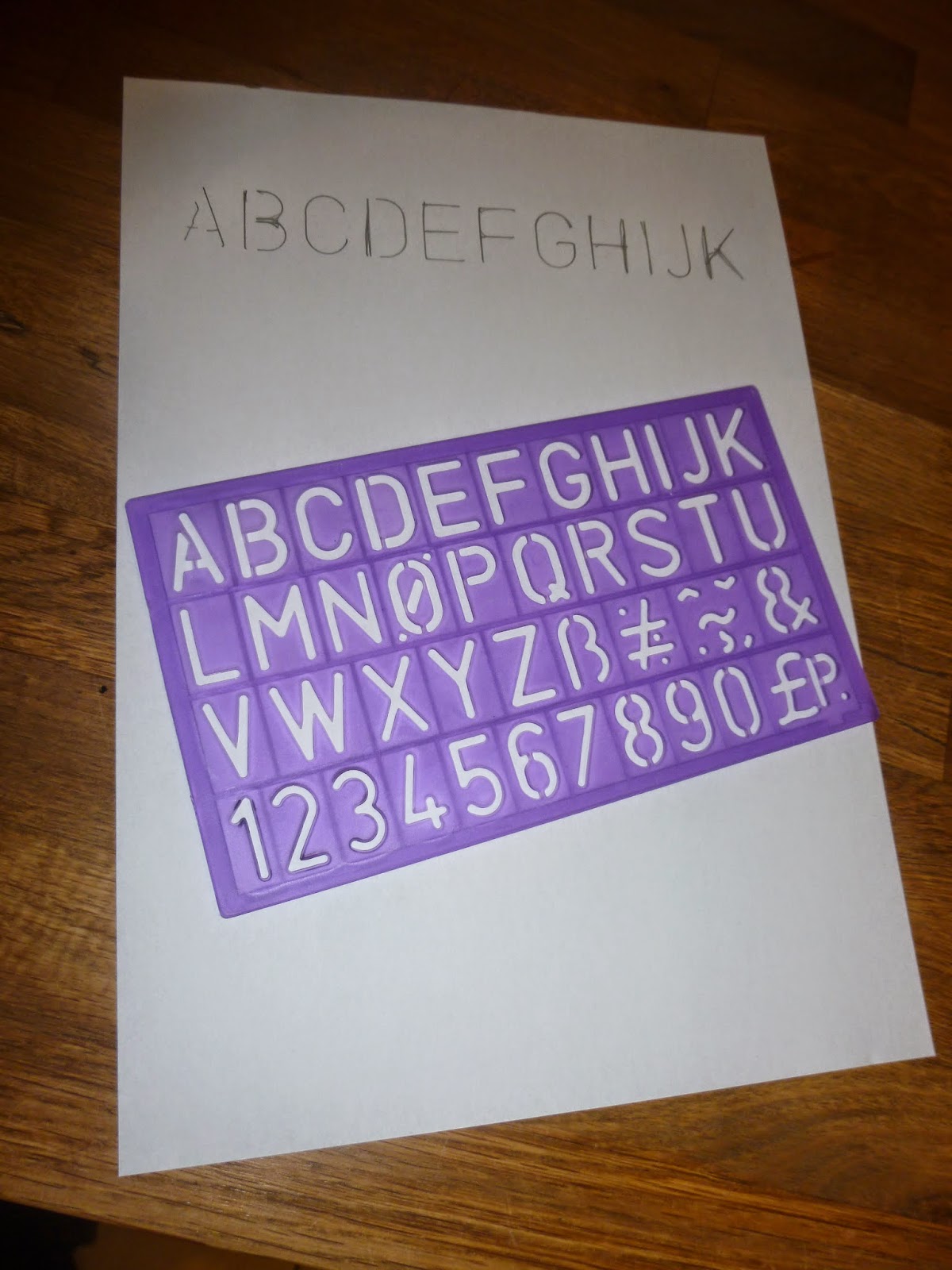 A stencil I found in the office drawer.  I doubt we will ever need it again, but someone else might.