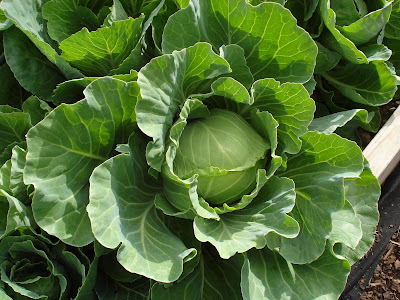 You have to be nice to anything SO lovely.......don't you?
~
I spent most of yesterday afternoon blanching cabbages. Who would have thought when I read my book and it said 'blanch for 1-2 minutes, plunge into icy water, dry and then freeze'. That it would take SO long!!
~ 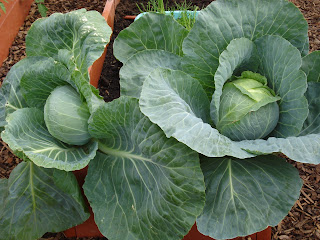 Having no blanching basket didn't help, picking it out of the pan of boiling water with my draining spoon added time, as did the replenishing of 'icy' water on a hot day. The brainwave of using the salad spinner would have been good if the said spinner didn't go and break under the weight of the first batch. So batches had to be smaller and the spinner used with the greatest of caution so that it would not die a complete death before my four huge cabbages had been dealt with.
So that's four big bags of shredded cabbage safely tucked up in the freezer and only another 24 cabbages to do..........!
~ 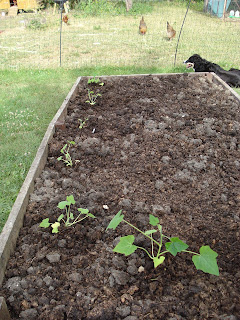 First thing this morning while it was nice and cool I decided to plant the last of the 'Sweet Dumpling' squashes from the polytunnel into their final bed. This bed is where the white onions used to live and it has been dug over, manure added and dug in, rested for 2 weeks and now it needs to be back in action.
~ 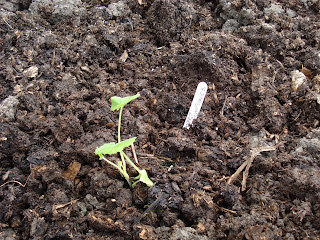 So for once I am giving something a little bit more room to grow, I have planted seven squash plants (one is out of shot and a bit bigger than the others), with plenty of room between them. I have carefully labelled them, 'Keep Away from this plant label Rosy 'would perhaps be a better label!
~ 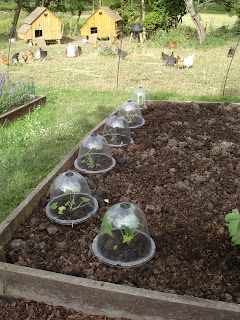 Watered them well and temporarily covered them, so they don't get a shock after being evicted from the polytunnel. It's gone a bit cooler here today.
~ 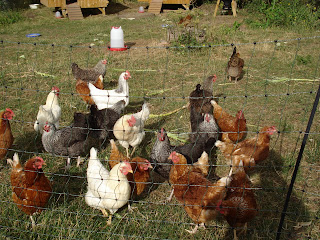 Of course while I was doing all this I had a bit of an audience!
~
Today it's more Spinach harvesting and freezing.......Popeye would be proud!!
~
Sue xx
Posted by Sue at 09:01