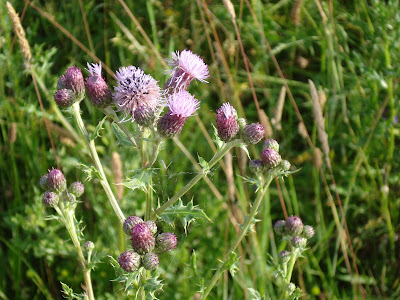 After yesterdays Blog post, I set off to walk the fields with the dogs, expecting only fresh air and an hours peace and quiet. Instead I got sucked into a fresh new world of nature going about its business. The birds started it, their sweet melodic singing made me listen, really listen for once. 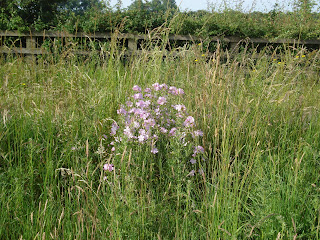 Underneath the birdsong was a buzzing from the bees all around me, busy with their early morning gathering of pollen from the freshly opened flowers. They led me to seeing the butterflies, the reds, browns and the most gorgeous black and white butterflies fluttering hither and thither in the long grasses. I tried to take photos but they were too fast, way too fast, so I contented myself with watching, actually stopping and watching. 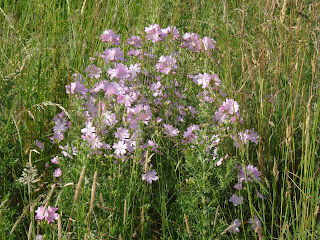 The watching then led me to seeing flowers, flowers I had only looked at with unseeing eyes previously. Wild flowers (weeds?) of such great beauty, from the gorgeous pinks and creams to shades of violet and lavender and then, on it’s own, a solitary buttercup, beautiful in its simplicity. 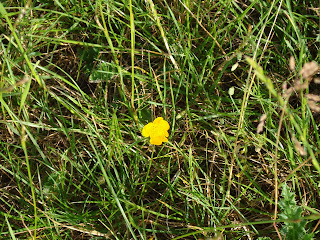 Waiting to be chanced upon by a passing bee or appreciated for its effort in growing amongst the tall and wild grasses. Was this a hostile environment for the buttercup….no…the wild grasses shielded it and protected it from the wind and hot rays of the sun. It thrived and the perfection of such a simple little plant made me draw a breath. 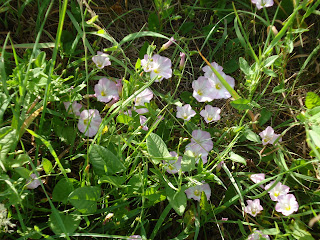 Taking the time to notice these simple beauties led to a marked lightening of my mood. 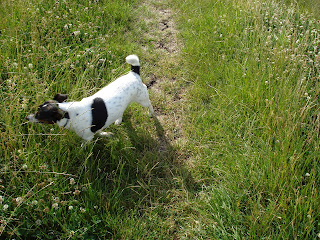 The dogs ran fast at first, and then they too slowed and took the time to look, to smell out all those lovely smells that entice a dog so. They were each in their own world, one which led them to different places, different scents and different excitements, and then sent them back to touch base with each other and me. 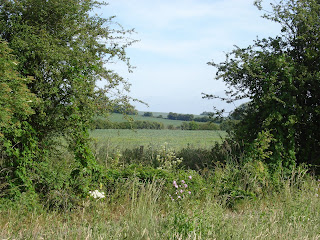 We strode back towards home snapping enticing vistas through gaps in the hedge. I meant to take a photograph of the house as it appeared through the final gap, but a beautiful butterfly grabbed my attention and demanded that I watch as it flittered and fluttered into the hedgerow and beyond. 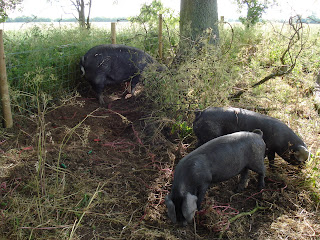 As I approached home I noticed the pigs mooching around in the orchard, they had opened their gate from the pen and let themselves out. They ran to greet me so I went in to spend some time with them. The Large Blacks are no longer piglets, but stroppy little gilts, now almost five months old they look to Betty as their Mum and I’m sure she feels slightly put upon, that after her ‘phantom pregnancy’ she has only two teenagers to show for it instead of a litter of cute little babies. But she is a good ‘Mum’ to them, always on the lookout for dangers that might ‘get’ them and quick to come running if she hears a squeal of pain. I made sure all the pigs had fresh water and then it was time to get back to the house and continue my sorting. 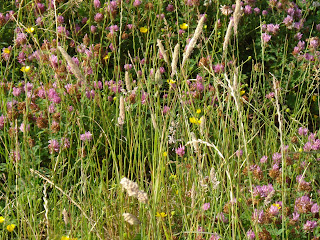 We have another Car Boot sale this Sunday, this time at a different venue, on a village green that is surrounded by the most picturesque cottages, usually half way through the Car Boot sale the village cricket team makes it’s appearance and starts it’s warm up on the other half of the green, crisp whites, and the thud of leather on willow, you can’t beat it as an atmospheric village setting. No wonder so many television companies film in this area for their outside shots of English country cottages. 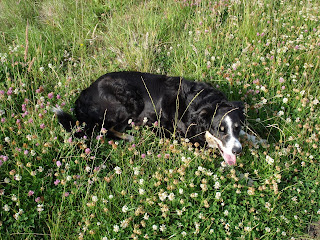 So now to the sorting, but in a lighter, more thoughtful frame of mind.
Sue xx
Posted by Sue at 08:11