A Home for Homemade Jams 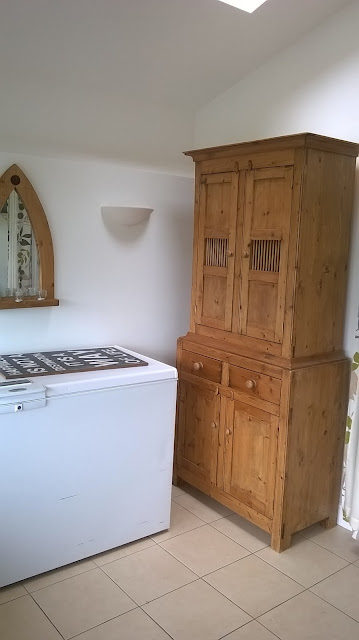 A few of you expressed a n interest in seeing what I put into my new Bread and Cheese cupboard.  So here you are ... a post dedicated to the cupboard and it's new contents.

I had to think about what to put into the cupboard because I wanted it to have a specific use rather then just get filled up with the bits and pieces of day to day living, and even though we try to live simply there is always what seems like an onslaught of 'stuff' that continually comes into the house. 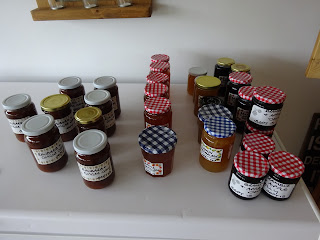 In the end I decided it would be the new home for anything homemade and home preserved.  So my jams, chutneys and relishes were all moved over jar by jar from the two cupboards they had been split between in the kitchen.  Once here they were neatly lined up on top of the chest freezer ..... 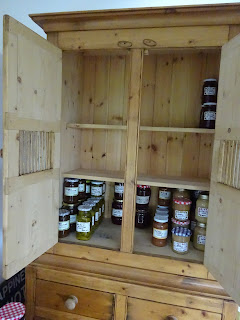 ... before being moved over to the new cupboard. 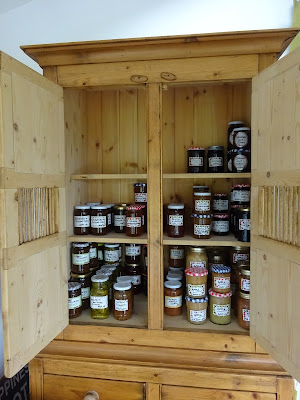 It makes them so much easier to get at and to see exactly what we have, and there is even a bit of room left over ... which I think I will put my empty tins into rather than even more preserves ..... I think we have more than enough of those for now!! 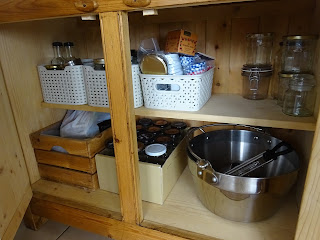 The cupboard below is now filled with my jam making equipment.  Jam pan, thermometer, funnels and all my spare jars, lids and labels.  It's really nice to have it all in one place. 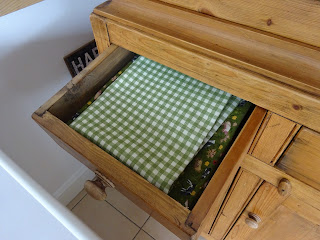 The two drawers have also been filled, one with the tablecloths and table mats for the table, which after all is in this room and the other is full of all those bits and pieces that accumulate in the kitchen, pens, sellotape, batteries etc .... you really don't need to see the mess that is in that drawer  ;-)

Of course the knock on effect to all this was a mammoth re-jig of all the other cupboards and drawers in the kitchen, so what started off as an hour long job lasted most of the day ... oh well it was raining outside and even the prospect of the polytunnel was not appealing on a rather chilly wet day.