A No News Day 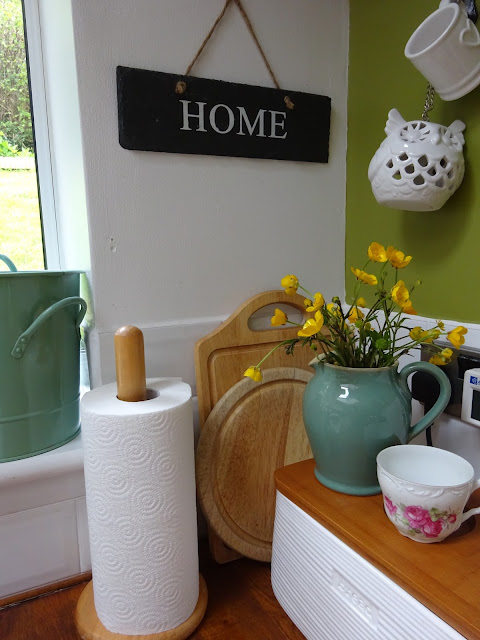 The dogs are snoozing the day away in the cool of the house, only waking up to follow me to the bathroom every time I go, heaven knows what they think I do in there, they must have noticed by now that there is most definitely not another way to the great outdoors in there.

I've pottered between the net tunnel and the polytunnel and sadly discovered that my Leeks are going to seed and have pretty much all gone woody ...to quote Dick Dastardly drat and double drat.  So I concocted a pot of soup using just the outer layers, and leaving the central woodlike stem in the compost bin, pulled up an onion that was also about to flower and a handful or so of lettuce and kale leaves .... and then remembered I switched the Aga off such was the heat in the house the other day.

I hoiked out the soup maker and set it all in action.  It tastes good by the way, although I've probably added a bit too much garlic paste to the mix, I have a tendency to do that when there's only a bit left in the tube, or so I think until I start squeezing and it turns out there's inches and inches of the stuff.  I'll have a bowl for tea tonight and some more for our lunches tomorrow and then I'll probably harvest all the rest of the leeks before they get any worse. 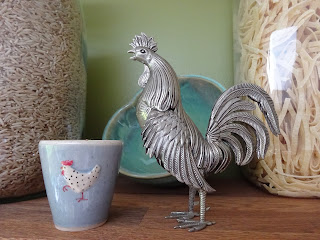 The chickens have all been pottering on the hillside enjoying the slightly cooler day.  The new girls have started laying, although two of them are just laying the teeny tiny eggs that start off a hens egg laying life.  Nature is kind that way they get gradually larger and larger as their bodies get used to the process.  It bodes well for one of them, although her eggs are still pretty small she laying mostly double yolkers .... tiny little pairs of yolks in one egg.  The yolks of them all are also gradually turning to the lovely shade of orange that our girls lay, thanks to the fresh greens that they get to forage and the daily treat of a small bowl of corn.

I've spent far too long on the computer, drank a few too many cups of coffee and now it's time to feed the hounds and wander round the paddock with them.  My son phoned earlier while I was in the orchard collecting eggs and the background to our conversation was the baa-ing of the sheep .... every time they see me they think I should feed them as well as the chickens.