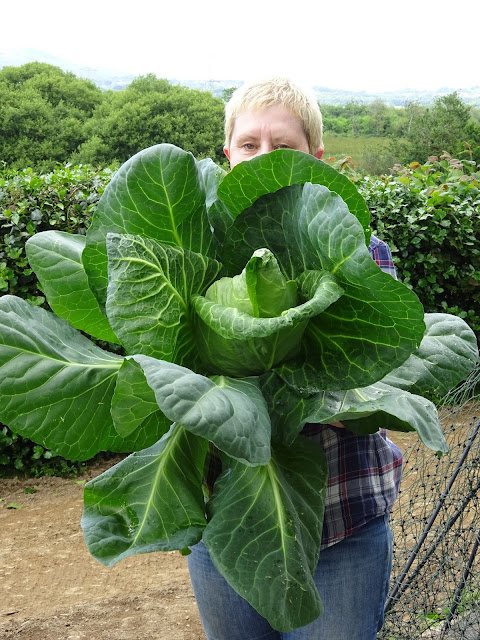 I was in the polytunnel the other day when I noticed how big the cabbages were, so I picked one for us to eat and it made me think of the now infamous 'cabbage and me' photo that graces my Facebook page and some of my other links.  So I asked Lovely Hubby to do an updated version. 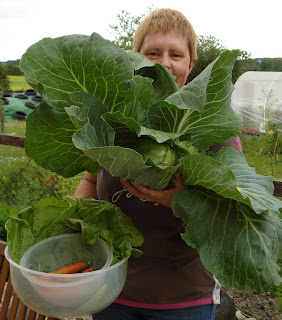 The original taken I think way back in 2010.  I noticed that this cabbage is much bigger than that one.

I guess the original photo will still grace most things as I don't have the energy to go round altering everything it appears on.  But at least I have a new original ... 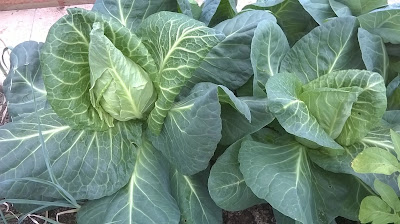 ... and two more rather large cabbages left in the polytunnel  :-)