Glued to the Box 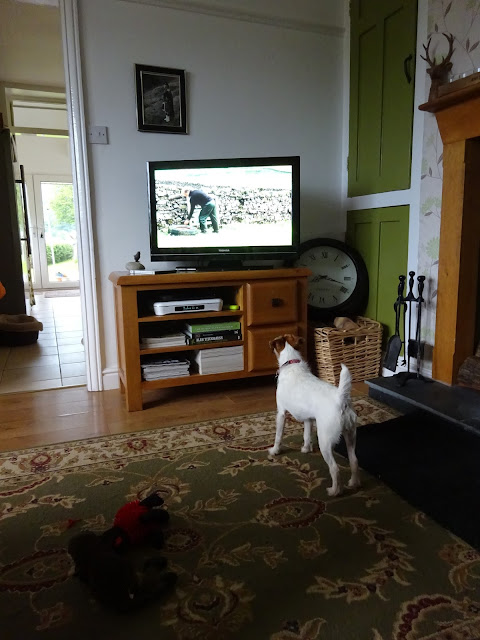 I was catching up with some recorded viewing on the television last night, a lovely programme called Addicted to Sheep.

Suky and Mavis both love to watch television and can see what is going on with no problem, Rosy can't 'see' the picture but does react to the sounds as they happen and gets a bit agitated when the other two are reacting to things that she simply can't see. It's not an eyesight thing it's simply an inability to comprehend the flat image which most animals have.

But of them all it's Mavis that has the real affinity with sheep, having lived with a family that were sheep farmers for the first couple of years of her life, so whenever they come on the television she watches even more intently than usual. 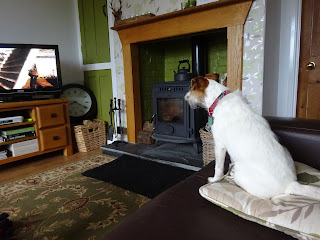 After realising that the programme was going to go on and on, she came and joined me on the sofa. 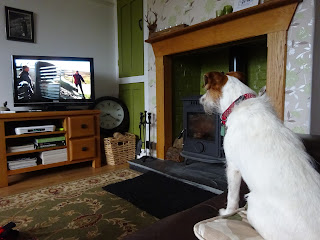 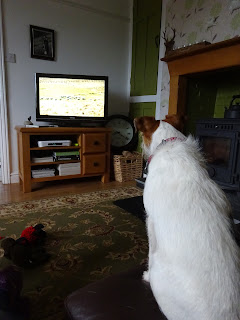 ... for the full hour of the programme, apart from when she briefly jumped off to get a closer look at some lambs, before rejoining me back on the sofa until the programme ended.

She even looked at me when it was over as if to say 'that was good Mum'.