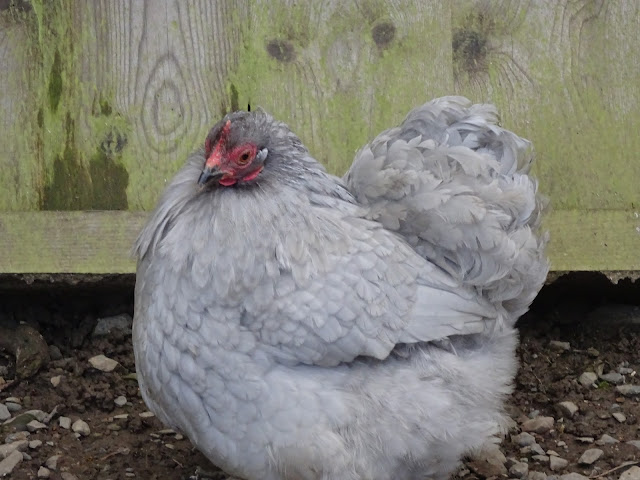 The night before we set off on our weekend away Daisy died.

I was glad she chose that night to tuck her head under her wing and slip peacefully away because it meant I didn't miss a moment of her being with us.  She had no time when she was at home feeling even slightly unwell when I wasn't close by to watch over her. 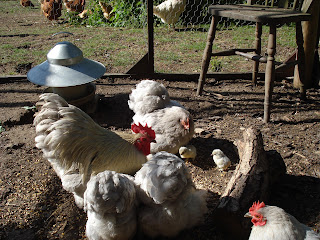 It started over five and a half years ago.  She's the little chick stood to the right of her Mum, in this their first ever family shot .... so she knew a good close chickeny family. 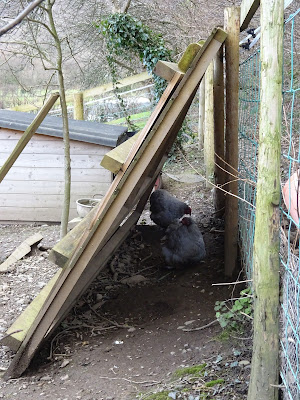 And she was close to her sister Poppy right until the end, although they learnt independence from each other when Poppy had a little vanishing time last year, disappearing each day for over a week and only coming home at bedtime. 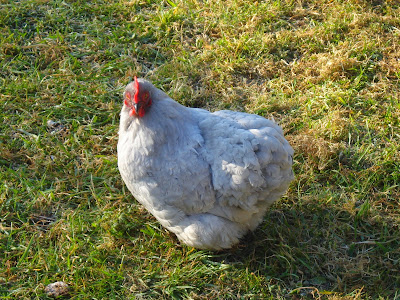 She even had her very own Blog post a few months after we moved here.

She started to develop eye infections last Autumn and has been to the vets on a couple of occasions, much to the delight and amusement of the folk I met in the waiting room with their dogs and cats.  She would sit patiently on the vets table while she was examined and injected, with not a moments fuss, and then I had a supply of antibiotics at home for whenever it flared up again.

At the start of last week it did flare up again and I had just started her on another course of antibiotics.  She got used to the ritual of me washing her face when she woke each morning with her eyes stuck shut, in fact one morning I was a bit late and she had gotten herself to the fence and was sat waiting for me to arrive with the cotton pads and a bowl of warm water.  I was worried about going away and not being there for her, but I needn't have been .... the morning we were due to set off I lifted the nesting box lid to find her peacefully dead, with her head tucked under her wing as if to say  "I've had enough ..... it's time to close these weary eyes for the last time".

I don't mind admitting I shed more than a few tears over her sweet little body.

She and her sister Poppy are the last descendents of my original Lavender Pekin Bantams bought for my birthday when we moved onto our very first farm.  Her Dad, our original Caldwell was a magnificent and very brave cockerel, who laid down his life alongside his sons to protect his flock,  Her Mum was called Little Lucy, the sweetest of sweet Pekins, no wonder they produced this lovely girl between them.

This post contains some live action of them when Daisy and Poppy were just eight weeks old.

She lit up my life with her funny little antics and her lovely Pekin Bantam waddly walk, and even when the antibiotics worked the first few times and meant she led me a merry dance to give her her last injection I never got cross ... how can you when you are chasing a feathery bundle of fluff and they turn around just when they are out of reach and smirk at you. 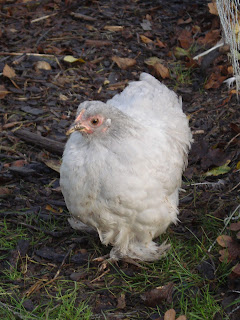 RIP my little Daisy .... you were a very special little chicken, from your first days until your last.