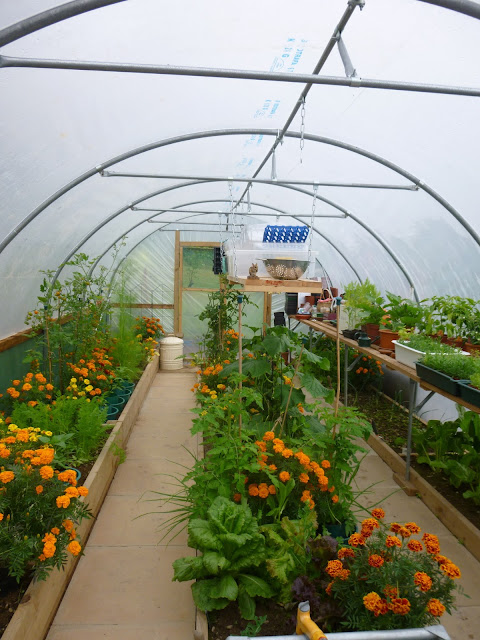 The polytunnel this month is looking very green .... AND orange!!

No wonder Lovely Hubby keeps going in there, he loves orange ... did you guess the other day  ;-) 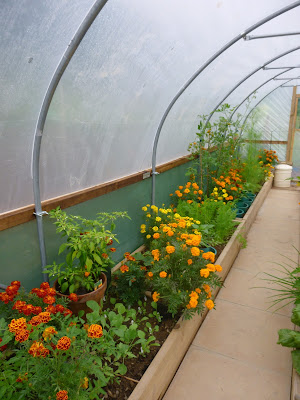 The 'Dwarf Marigolds' are anything but dwarf, and lots of them have already been dug up and put into pots, a couple of which flank the conservatory doors back over at the house. 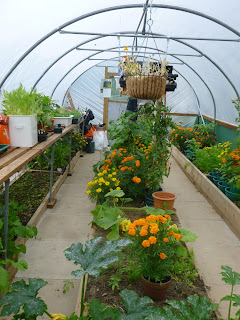 The view from the other end. 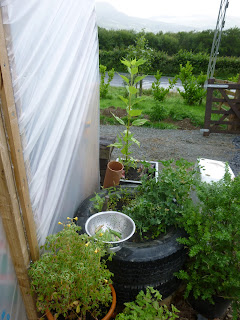 Outside it was looking rather forlorn as I had just harvested the last of the peas, so I decided to pull up the plants,  Normally I would have pulled off the few dried out pods that were left to save for seed next year, but I wasn't impressed with this batch of peas so I decided not to bother. 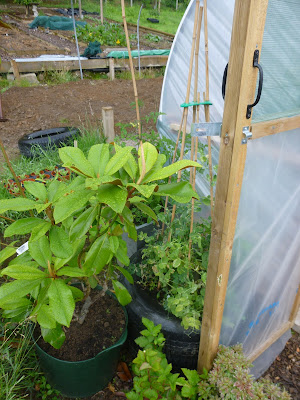 The pea plant on the other side was almost hidden behind the now almost fully recovered Magnolia tree. 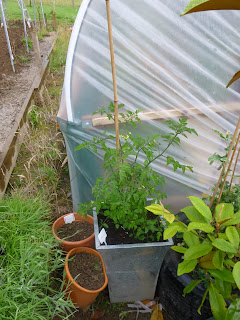 The Tomtato plant next to the pea tyres is doing well ... 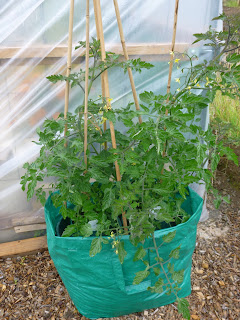 ... but not quite as well as the other two at the far end of the tunnel which gets much more sun throughout the day which radiates back off the polythene of the tunnel and warms them on both sides. 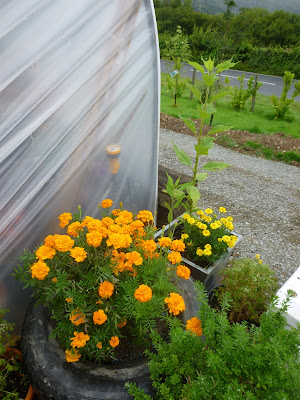 So to get some of the 'orange out of the polytunnel and to make some more space for the soon to be planted Winter crops I decided to fill the tyres on both sides with some of the Marigolds.  Four in the tyres and two yellow ones in the Artichoke tub. 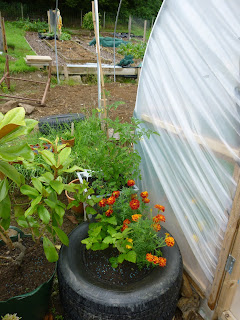 There are two in this set of tyres along with my new Blackberry bushes, which will have the tyres to themselves once the marigolds have finished flowering. 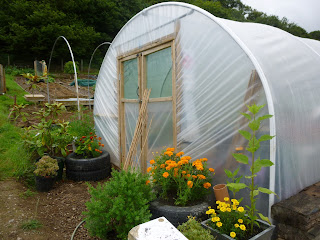 There it looks a bit brighter now. 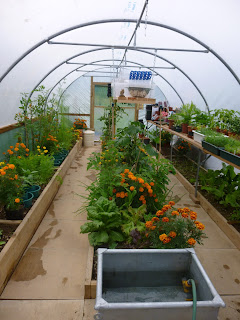 So it's looking slightly less orange inside now and I have a bit of much needed space.

At the moment from the tunnel we are eating -

... and the Chillies are almost ready for picking, including some lovely ORANGE ones  ;-)