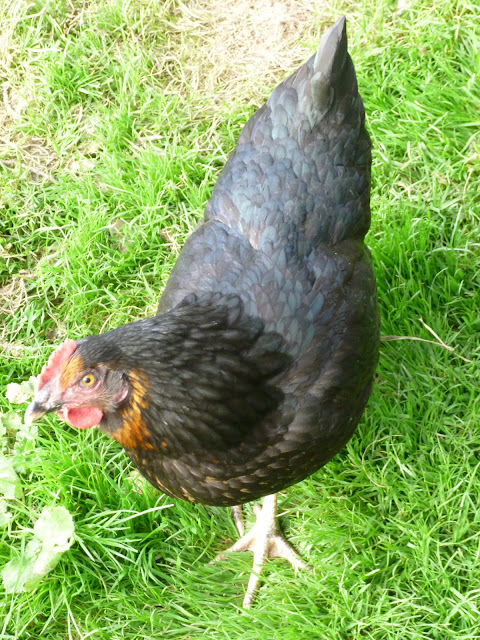 Meet the Rockettes, four POL (point of lay) Rhode Rock hens that we picked up at the start of the month.

With the sad demise of Angel and then The One we decided to replenish the flock, as only two of this years hatchlings survived to boost numbers, and of those one is a boy!  Two others died shortly after hatching and the other two eggs were not fertile at all.  So we really needed a little injection of fresh blood into the flock and hens at POL seemed the best way forward to keep our eggs numbers high enough to make it at least financially neutral keeping the birds. 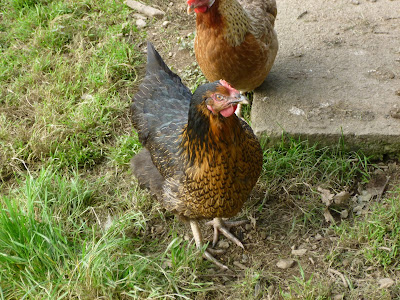 They are handsome looking birds .... 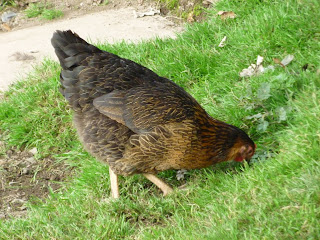 ... a hybrid of a Rhode Island Red and a Black Rock. 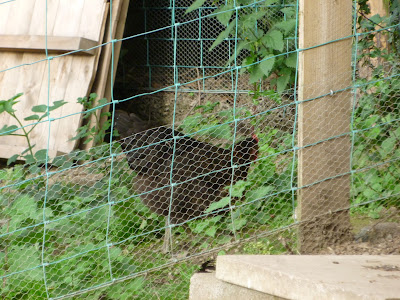 One of them was a little camera shy and this is the best shot I could get of her before she vanished behind the board leaning on the fence.

They've integrated themselves well into the flock and seem to be slowly and surely making friends and learning the routines of the day.  We only had to physically put them into the henhouse the first night, they made their own way to bed the next night,  and they have taken residence on the lower roosting bar, which means they seem to realise that for the moment they, as new girls, are at the bottom of the pecking order.  No wonder there have been no fights.

One has started laying eggs already and one of the others is showing signs of starting any day.

It's nice to watch them all interact and it's easy to spend far to long watching chicken antics.  Oh and just for your peace of mind, Caldwell is doing fine, back to his old funny little self and is as pleased as punch to have four new wives to look after.