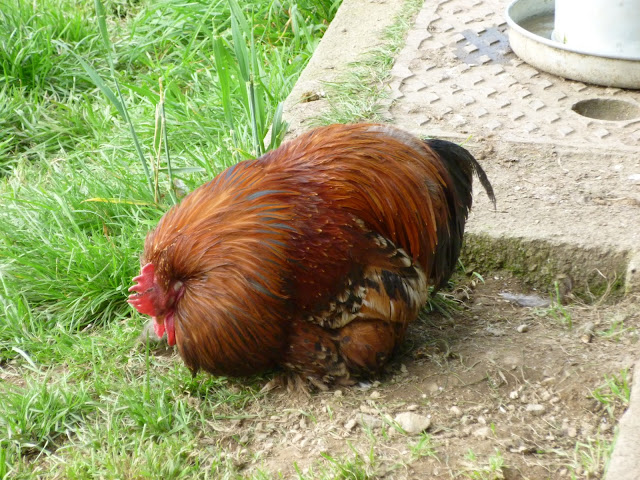 What a worry these chickens cause us sometimes.

I spotted Caldwell snoozing in the sun the other day ... he stayed there for hours.  Hunched over and not responding to any movement around him.  I went over and checked him once and although he was very still with his eyes shut, he was warm and seemed to be just sleeping.

Then a few hours later Lovely Hubby shouted to me that Caldwell looked worse.  By the time we got over into Chicken World he as lying down and appeared lifeless.  LH picked him up and there was no resistance, he passed him over to me.  I stroked his feathers and his eyes opened, he seemed to pull himself together and sat himself more comfortably in my arms.

After a thorough looking over and checking every bit of him I sat him back down on the grass in the sunshine and he seemed to have perked up a bit.  I put a small handful of corn in front of him and he did his usual thing of calling the hens over to him to eat their fill.

They came and soon the corn was gone. 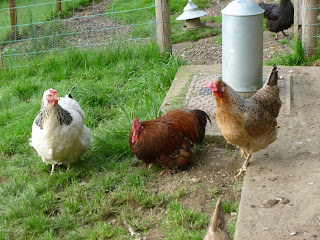 Then all through the day the hens took it in turns to come and sit by or simply loiter by the man in their lives. 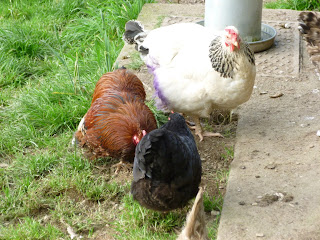 Fussing around him and encouraging him to nibble at grass and the things in it. 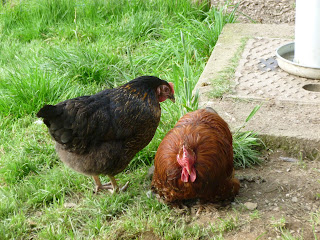 He seemed to have a hen near him all day, which is unusual, he usually sits alone slightly apart from the girls and their clucky female busy-ness. 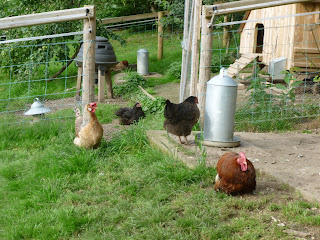 At the end of the day we kept an eye out for him in case he wasn't well enough to make it into the henhouse unaided, but by dusk he was on his usual perch on the top row in the henhouse. 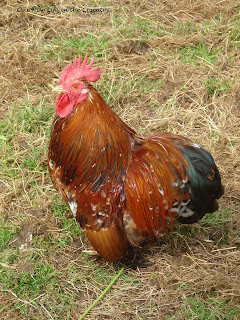 And then this morning 48 hours after causing us lots of worry, he's back to his normal fighting fit self, strutting his stuff and most definitely being the head of the flock.

Now I only have to wait for him to attack Lovely Hubby and I know he completely back to normal.