It's All About the Potatoes 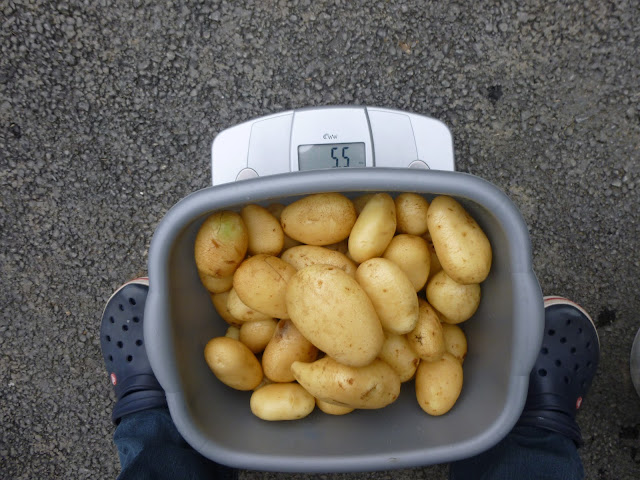 I spent some time on Thursday afternoon digging up one of the beds of the 'Estima' potatoes.  We didn't really need them up just yet but I wanted to pick out the best for the show this Saturday in Llanwrst and had my fingers crossed that there would be at least some that were usable.

I was pleased with the 5.5 kg haul from one bed, there's still another bed to be dug up but I'll do that in a couple of weeks, giving the skins time to harden off a bit now all the greenery has been cut off. 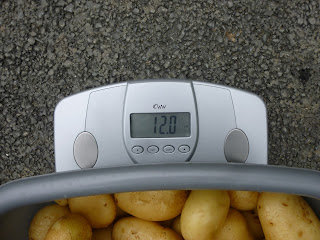 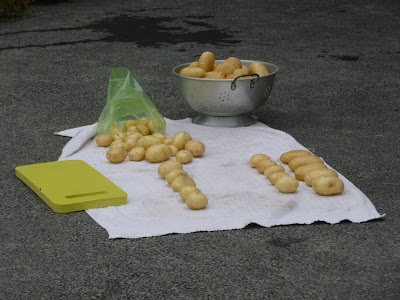 I laid them all out on a towel on the ground, along with the 'Swift' that I had dug up last week, to dry off a bit and so I could pick and choose between them.  I ended up with four rows of five, then down to three rows of five.  Then I went in the house for something, when I came out there were two rows of five and one of four.  I scratched my head and, thinking I'd miscounted or just gone mad, I found another one to go with the four.

Anyway I chose the ones I wanted bagged them up and put all the others in the 'potato bag' in the cupboard ready for eating. 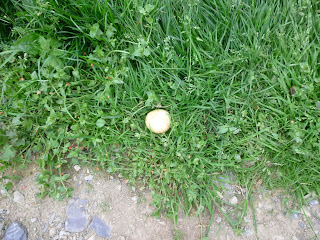 When I went out later to go over to Chicken World look what I found in the grass ..... 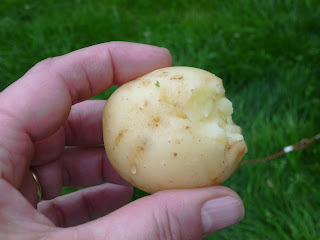 .... a certain little doggy had decided to have a snack while I had gone into the house ... mystery solved.