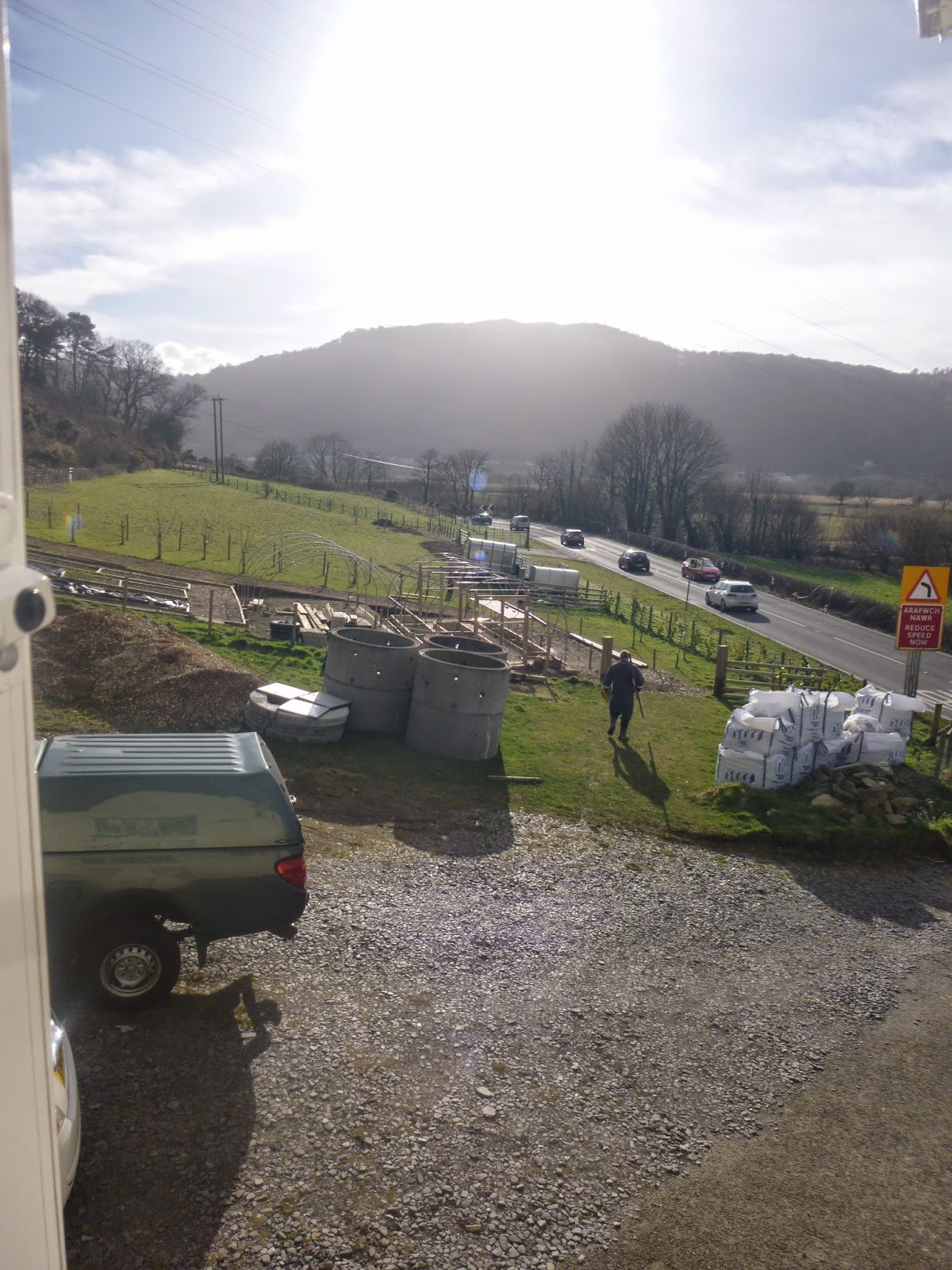 It just looked as though Lovely Hubby should be singing this song as he marched over to the polytunnel frames to continue his work there yesterday.

The sun was bright in the sky although it was very deceiving, it was actually freezing cold and the gale force winds had to be felt to be believed.  How he managed to hang onto his boxes of screws, pieces of wood and his cap I have no idea!!

He did spend a good fifteen minutes later in the day trawling around fetching buckets, sheets of plastic, bin lids etc that had been very unevenly distributed around the place. 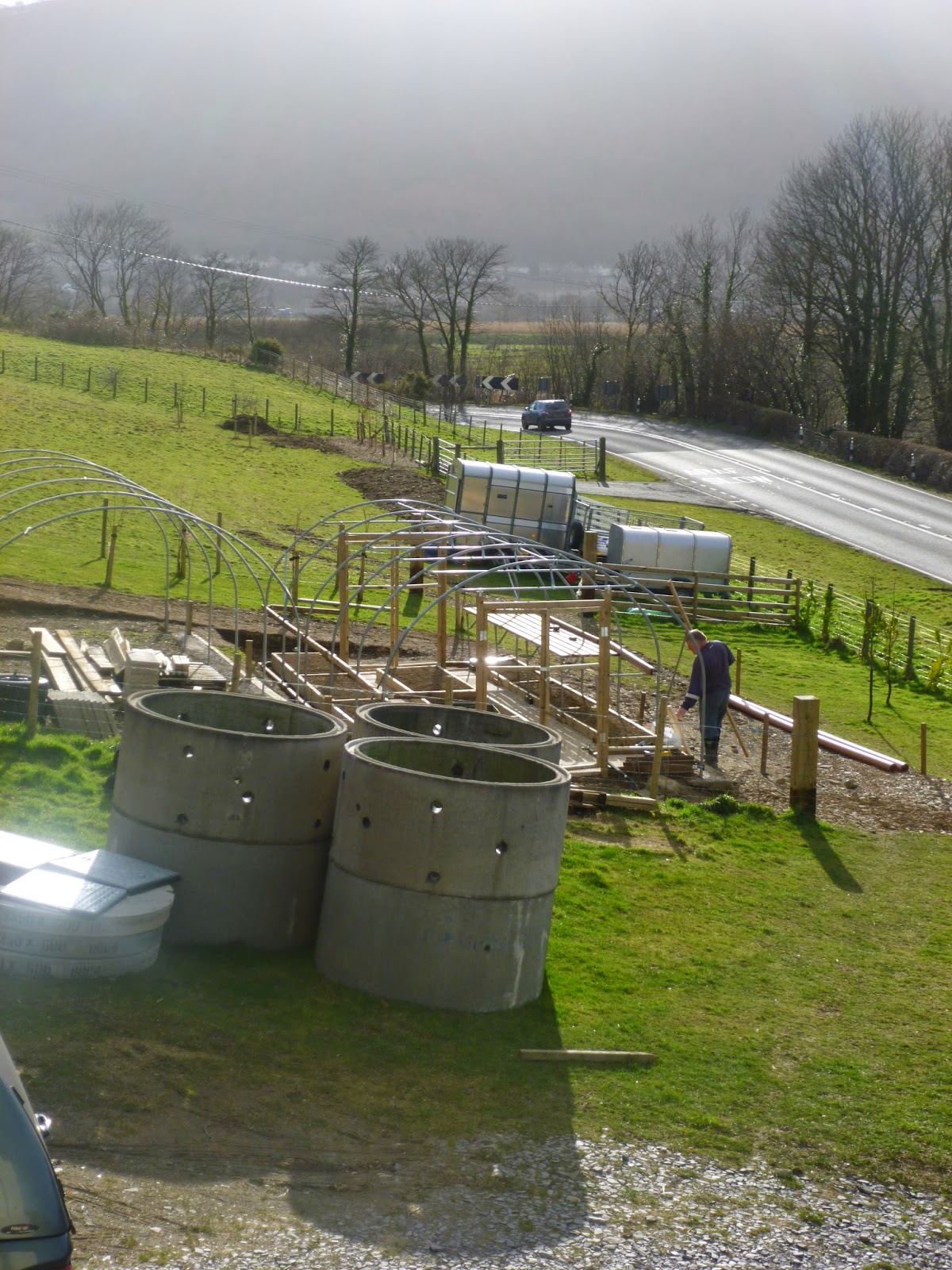 Bit by bit it's coming on and I should be on target to be growing in the next few weeks.  Hopefully by next weekend the big concrete drainage rings will be buried out of site and ready to do their job in the future.  You'll never know they were even there soon.  More money spent and then buried out of sight, that's why I like to have photographic evidence. 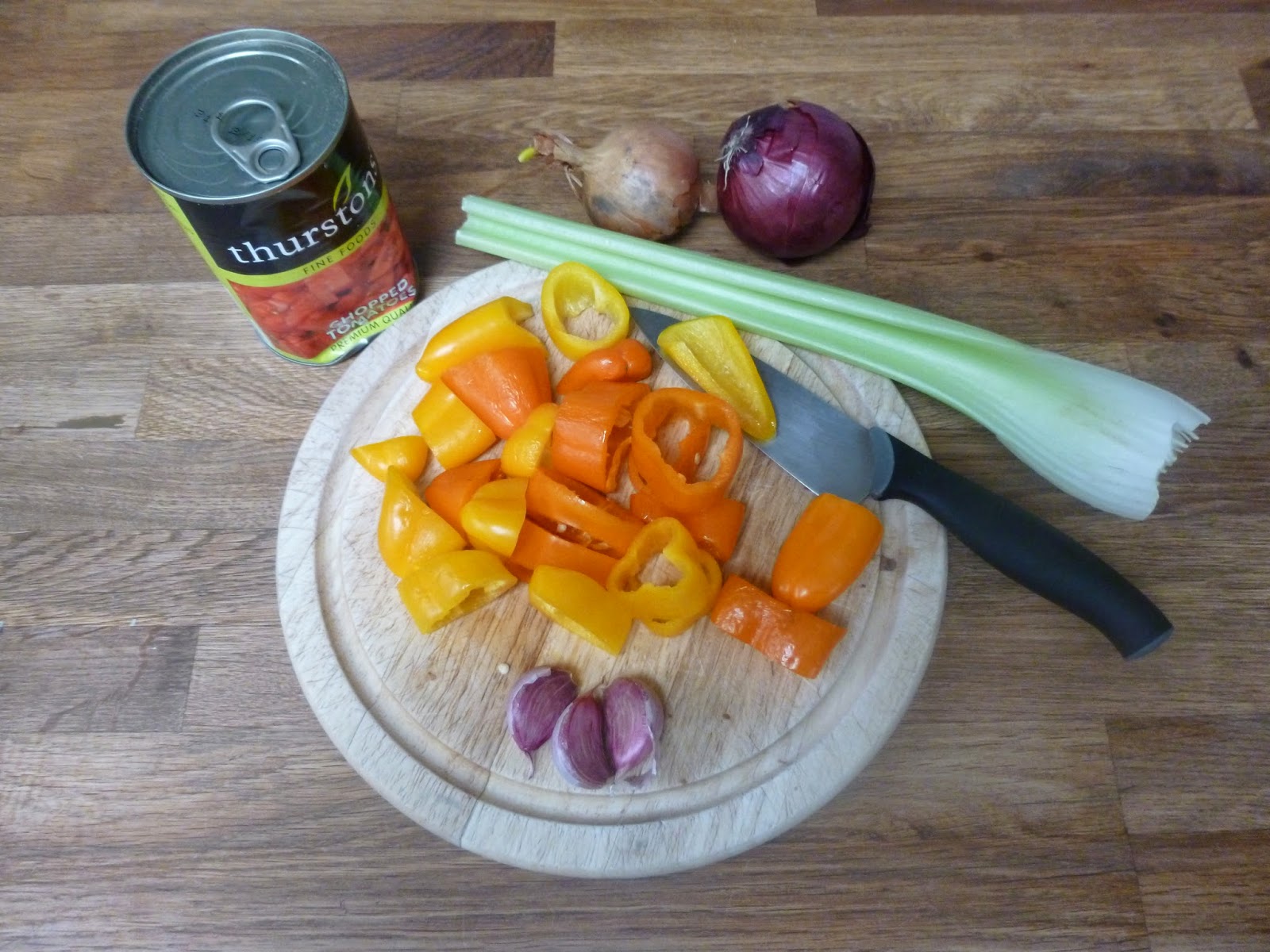 Meanwhile in the kitchen I set to making a pepper and tomato sauce out of some leftover bits and pieces.  It should be nice poured over a pork chop or two for Lovely Hubby's tea.  Well you have to feed a man that is battling the elements to build you a polytunnel don't you  ;-)