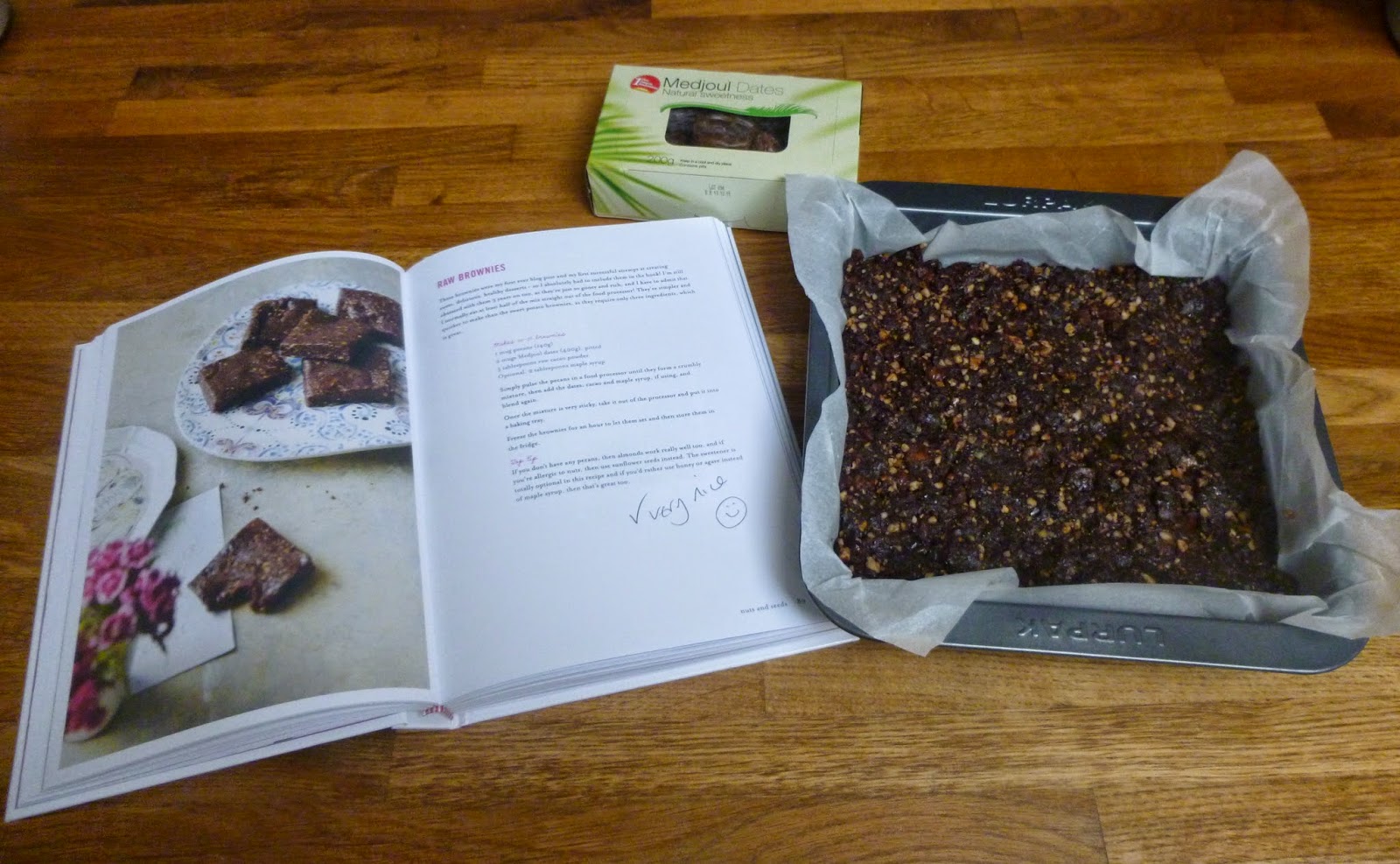 My new favourite gorgeously tasting snack of choice at the moment is one of Deliciously Ella's Raw Brownies.  I admit to being sceptical the first time I made these but my worries were obliterated the first time I bit into one.

The recipe is on her blog HERE and of course is also in the book.
You can also watching Ella making them HERE. 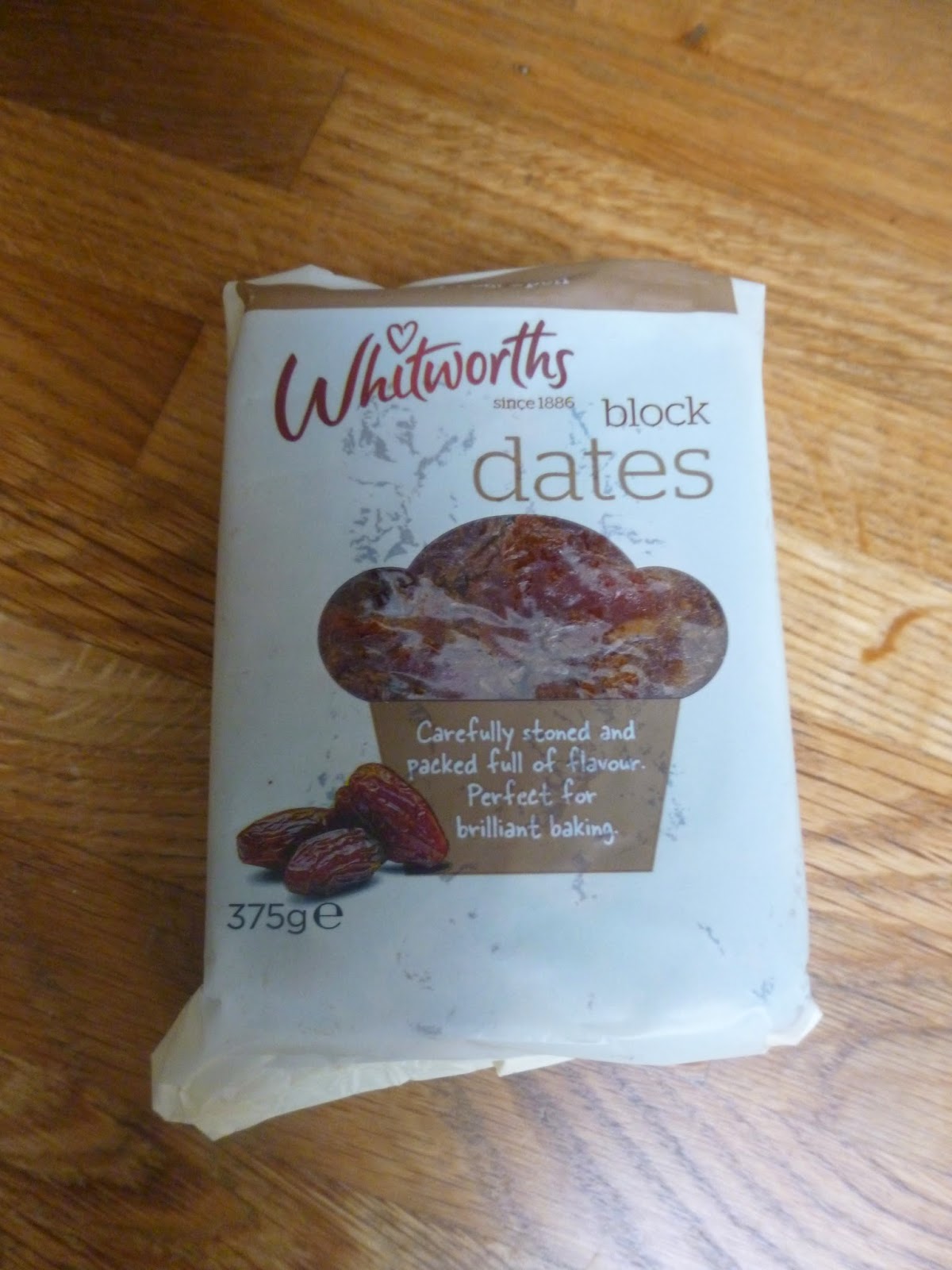 I tried adding some different dates to the Medjool dates, just as a trial to see if you really do need to splash out on the Medjool variety which are usually the most expensive.  This pack of chopped dates made into block form works out as the cheapest way to buy dates and I got this one from T*sco.

In my honest opinion if you don't mind adding more of your liquid sweetening agent these work almost as well, but for richness of flavour I think I will move back to all Medjool dates in future.  As I only eat one of these brownies at a time .... and if I can hide them a bit from Lovely Hubby who thinks nothing of polishing off three at once .... one batch of the brownies actually last me well over a week, so the additional cost is really neither here or there.

The brownies are just the job when the urge for a chocolatey rich treat is too much to resist, and are a good filler with a cup of coffee if you get a rumbly tum between meals. 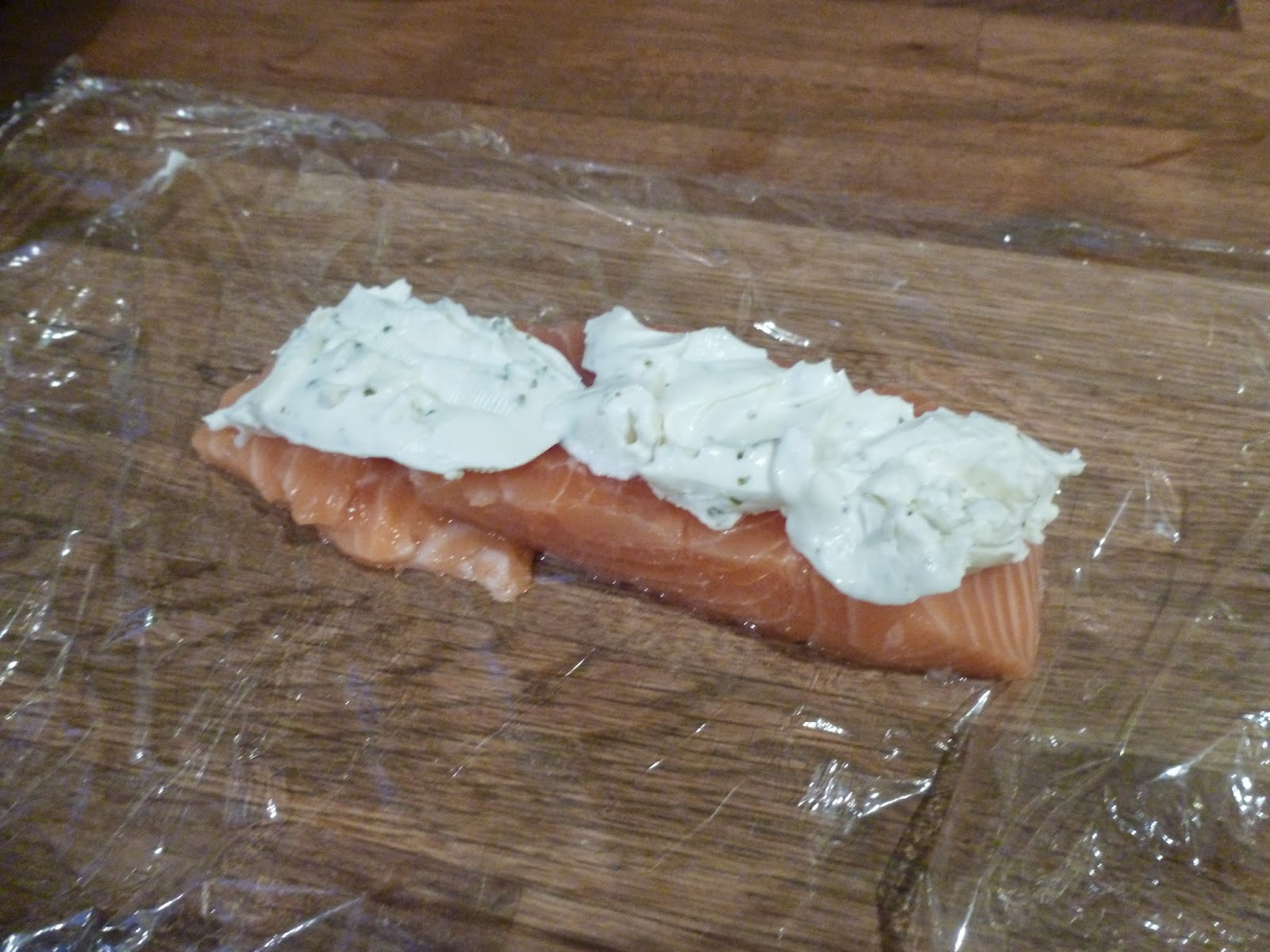 Another success, tried for the first time this week, was a salmon fillet, topped with Garlic and Herb Philadelphia ... 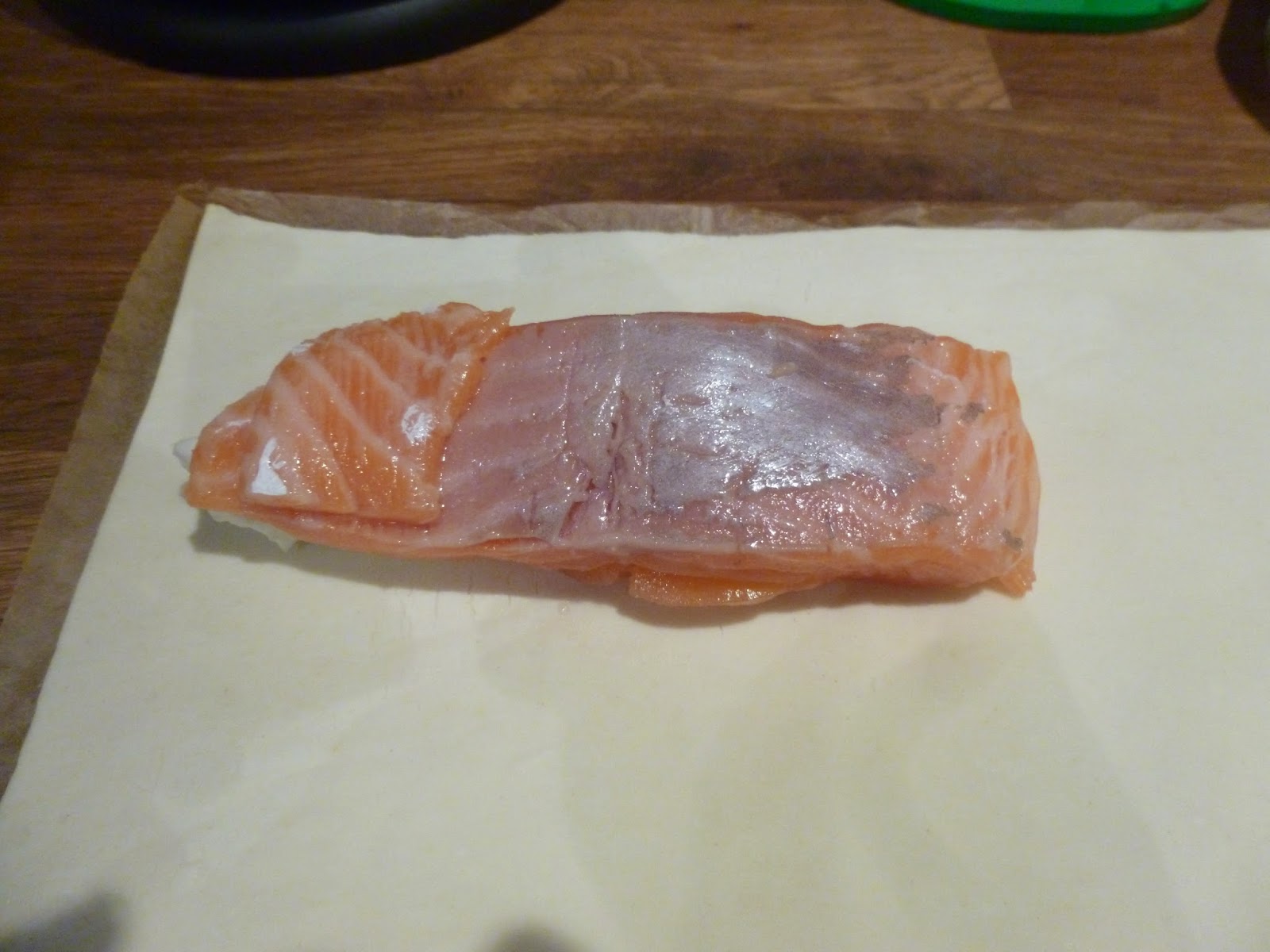 ... flipped over wrapped in puff pastry (so the seam is underneath as it cooks), brushed with beaten egg and cooked for thirty minutes.

This is what comes of using up things found at the bottom of the freezer.  I found a large tub full of salmon fillets the other day, obviously bought when they were on offer and individually wrapped and boxed as is my way.  The frozen puff pastry was lurking under the bags of veg in the chest freezer (as were three more packs of shortcrust pastry ... all ready rolled too ... obviously another of my bargain buys).

The only thing is ... I forgot to take a photo of the finished dish ... we ate the flaky pillows of deliciousness with a leafy green salad.  Something I'll definitely be making again. 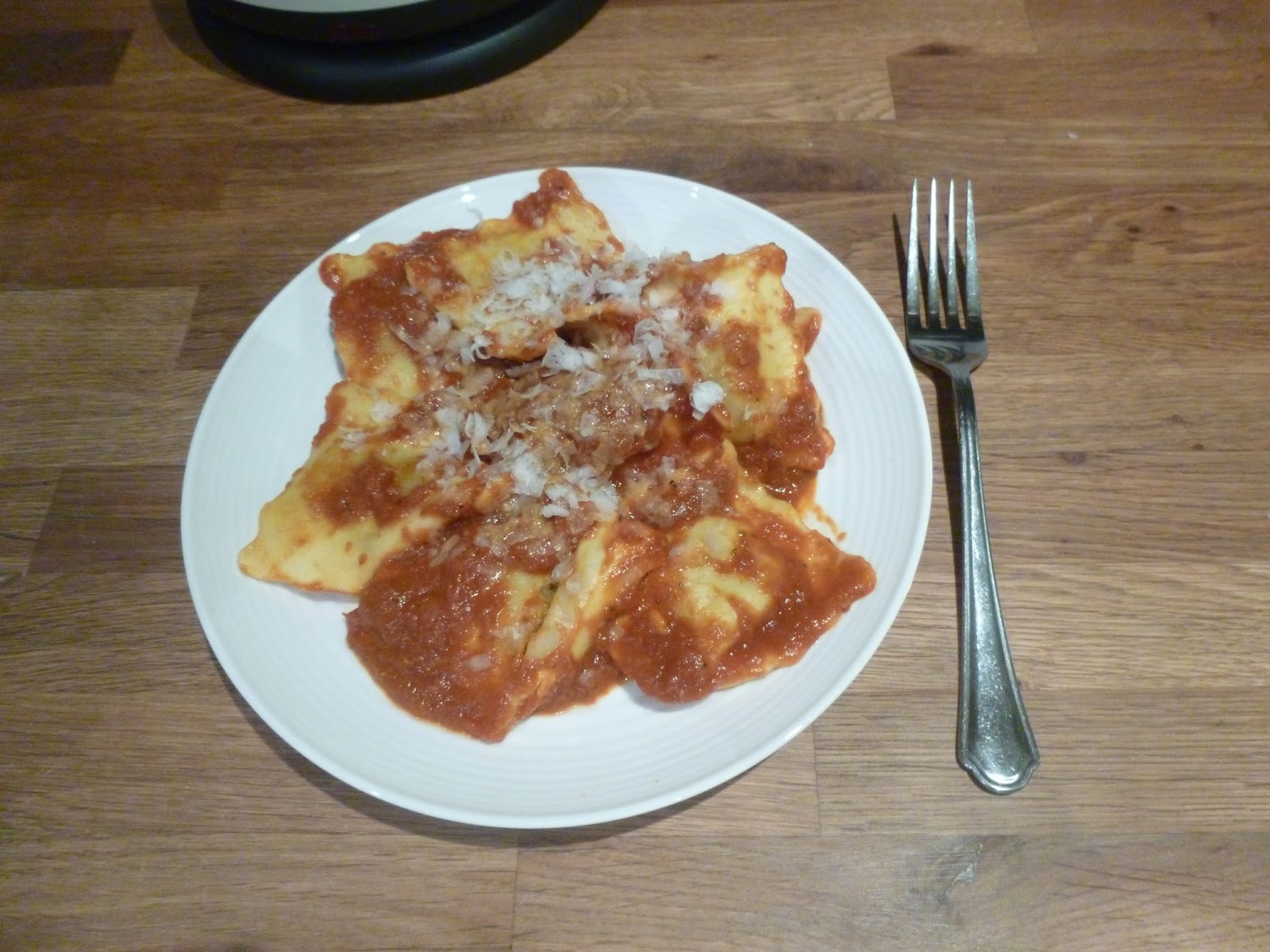 I did however take a photo of this weeks 'failure'.

There should be nothing wrong with it, these were also found in the freezer ... a bargain pack of raviolis stuffed with cheese and herbs and served with a jar of homemade sauce, topped with Parmesan style grated cheese. It just tasted wrong ... so shortly after this photo was taken the whole lot was tipped in the bin.  Now normally the chickens would have had these as tasty snack but as they had long since been tucked up in their henhouse for the night and I didn't fancy this failure hanging around the kitchen or the fridge until the following morning .... into the bin they went. 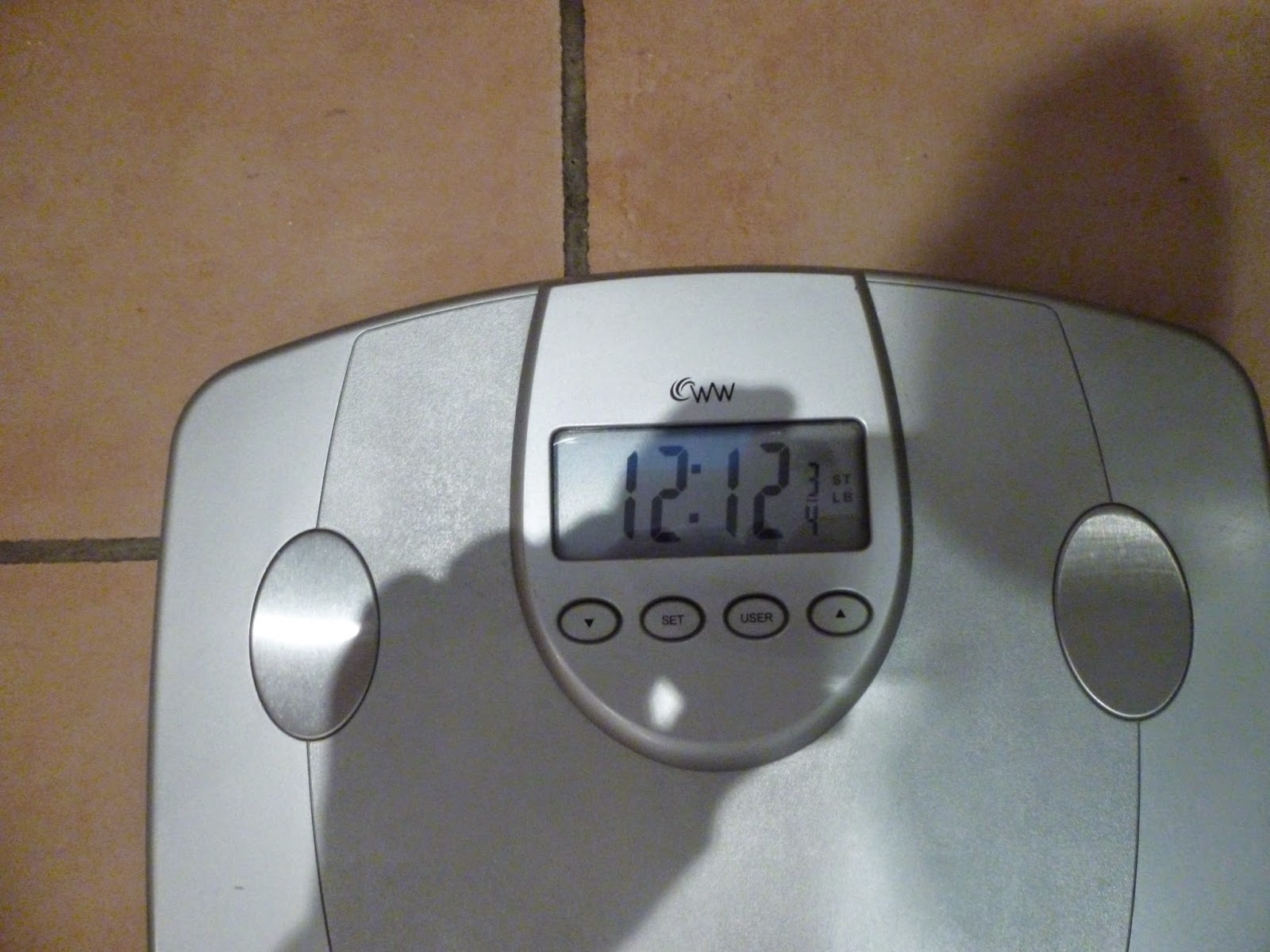 To end on a success and to keep up with my accountability on Weight-loss Monday, here is a photo of the scales this morning.