This week I had to go mad and actually spend some money in the supermarket.  We were almost out of everything fresh, you've seen earlier this week how I eeked out the last four potatoes, but we both have really yucky colds and were craving something light and fresh and a bit fruity too.
So I headed out before the blizzards of Friday took hold  to Mr Sainsb*rys to see if there were any bargains to be had.  I spent a total of £3.35 on the above supplies so now (with my change going into the Sealed Pot) my £2 Housekeeping Challenge total is down to £475 to last us for the rest of the year.  Not bad at all though with only £ 3.69 being spent on groceries up to now this year. 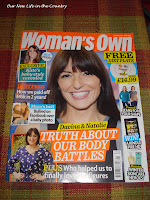 Whilst there I treated myself (with my spends) to this magazine, not a magazine I usually buy but our very own Frugal Queen was in it in a lovely two page spread telling the world how she paid off debts of £45k in just 2 years, so I had to have a read, although I have followed her journey avidly on her wonderful Blog (see HERE).  Nice to see a balanced account of someones story in a magazine instead of a 'sensalisation' just for dramatic effect.  A good balanced article. 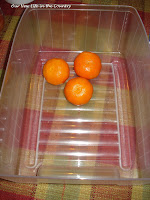 My poor depleted fruit drawer in the fridge before I went shopping ... 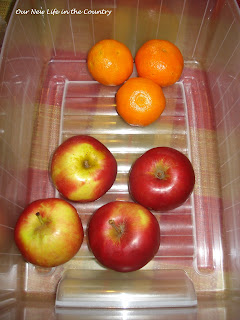 ... and after, it doesn't look that great but I also got 2 bananas which don't live in the fridge. 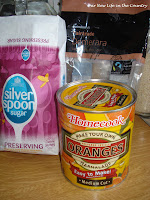 Before going out I had found this tucked at the back of the store cupboard, so I knew some more fruity goodness could be made that will keep us going even longer. 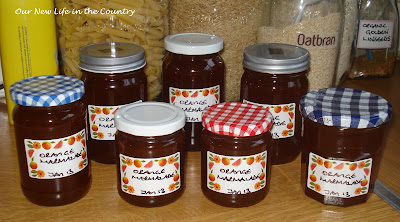 I managed to make five large jars and two smaller ones of very yummy Orange Marmalade as well as a dish that's in the fridge that we are working our through first.  It is very tasty.  Not too sweet which I like, lots of the jams I have made are a little sweet for me but this has a nice tang to it. 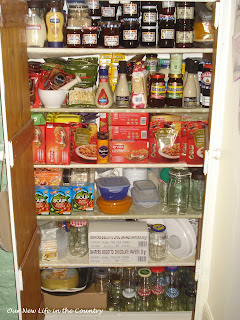 So as fast as I get the stores down I seem build them up again, but at least it food ready to eat instead of food waiting to be prepared. 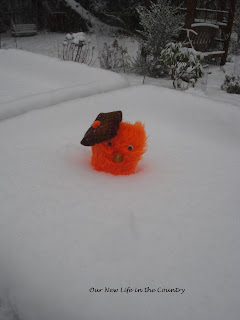 There's something really satisfying about a nice warm kitchen that smells of oranges when outside the window is a scene of a snowy wonderland.
Keep safe and keep warm in this chilly but beautiful weather.
Sue xx
Posted by Sue at 11:15