You Can't Keep a Good Veggie Gardener Down 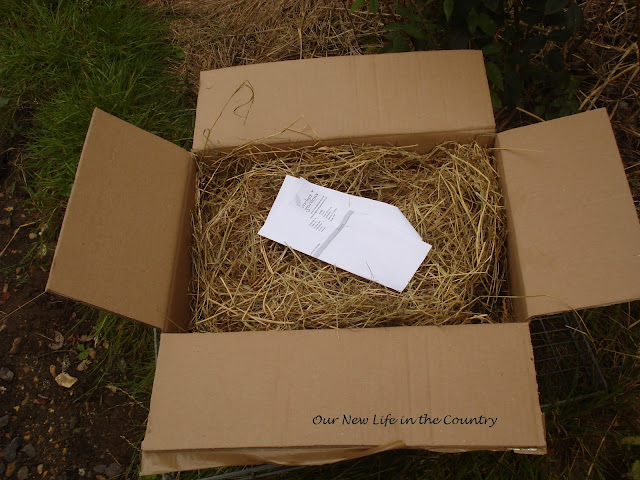 You can't keep a good veggie gardener down for long.   After the deer ate all my half grown vegetables, and my second batch of seedlings died a mysterious death in the greenhouse......thank you so much Mr Slug, I decided to look around for a suitable alternative.

Of course I could have just tootled off to the garden centre and handed money over fist to buy half grown plants and had my garden back in a jiffy.  But no the answer lay in my inbox...... 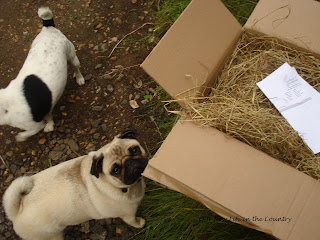 Rocket Gardens sent me an email just as I was pondering on what to do.  Their Summer Sale was on, a massive 25% off all orders just by quoting the words 'sunhat'.  Well that was it no sooner said than done, my order was in. 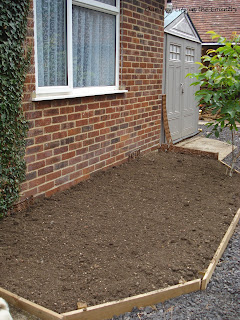 And now this small patch by the front of the house is all prepared and ready with it's compost layer at the bottom and final layer of top soil (we moved nearly a ton of the stuff yesterday) on top. 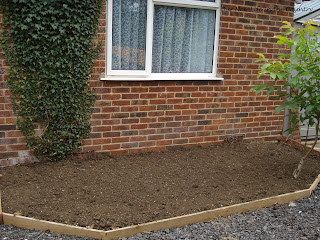 Looking good and ready for .... 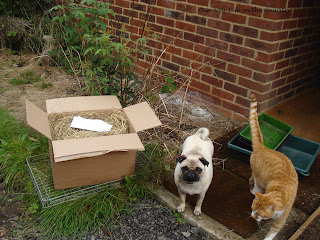 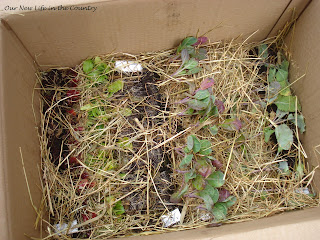 Ta Da......over 200 little plug plants that cost me just £41.24, that works out at 18p a plant, admittedly a little expensive for the 10 carrots that are in there, but all the other plants will grow and grow.  So much cheaper than buying a tray of each kind from the garden centre.

This picture was taken as I got halfway down the box, it was just so exciting, peeling back layer on layer of hay to find yet more plug plants all neatly lined up and best of all, with a properly printed out plant label for the end of the row. 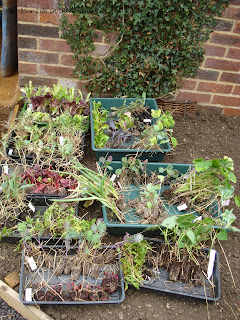 There, that's them all unpacked, just one thing left to do now, 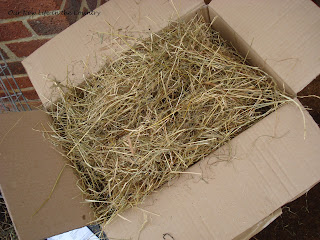 well that's after I go and let the chickens have all the organic hay that the plants came so carefully packed in, brilliant for the nesting boxes, nothing wasted here (the cardboard will be saved to line the bed on the other side of the path before we plant in there).

So I better get planting. 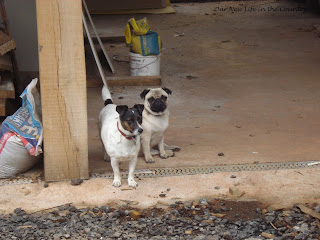 My little helpers got bored half way through and retreated to the sidelines....... 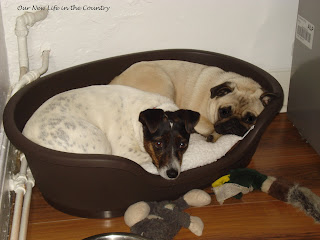 ... then they took it a stage further and went back to bed.

(This IS NOT a sponsored post, just highlighting good service when I get it.)