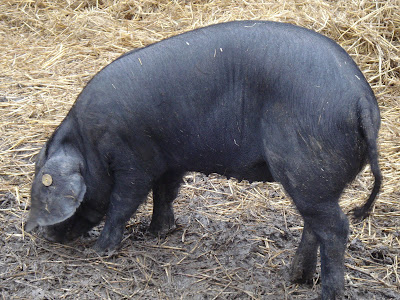 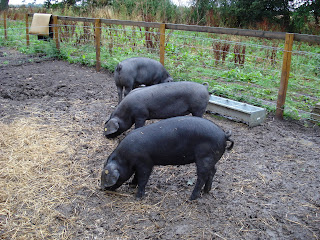 From back to front Lulu, Lottie and Liz. She was born at the beginning of April so she is just four months old, almost two months younger than Lulu and Lottie, but size wise not that far behind. 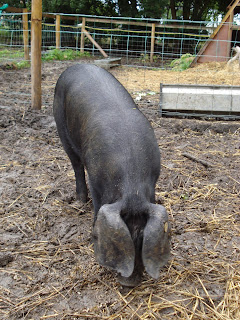 She is not used to being handled as she has been brought up running with her family in a high sided pen away from human contact (except at feeding) so we will have to be a bit hands on for a while to get her as friendly as our other girls.

Sorry there's no view of her face but with ears like those we rarely get to see our Large Blacks faces ourselves. I always pick up Lulu and Lotties ears when I'm speaking to them and they sometimes look slightly shocked to get an ear-free glimse of the world! 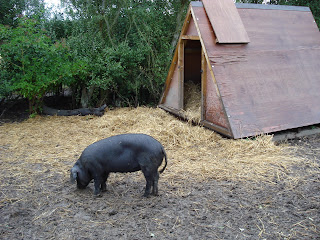 There has been a bit of friction as they get used to each other, but nothing a bit of time won't sort out. Next week we pick up Jack, our first Large Black Boar, now THAT should cause some excitement amongst the ladies!
It's an indoor day today, thanks to the weather. I'll be sorting out our harvested potatoes and then some card making for the next Farmers Market.
Have a good day.
Sue xx
Posted by Sue at 09:16