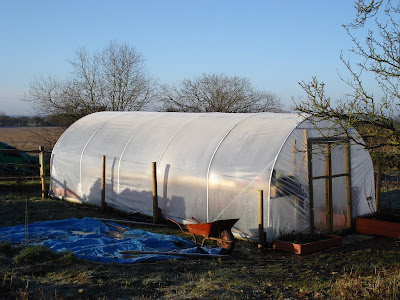 Today I'm back to the polytunnel planting, this time it's the turn of Peppers, Cucumbers and maybe some Squashes. I'm also going to do a bit of the successional planting, after all we don't want all our crops appearing at the same time. 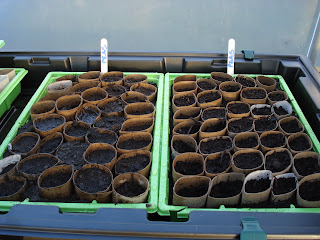 The workbench has now been filled to capacity with things growing under cover so its time to start placing the trays on the polytunnel beds, still covered with an extra layer of poythene for now. 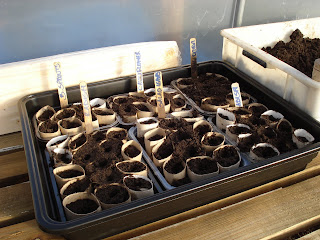 During the day it is reaching good temperatures in there, so as long as I remember to uncover them during the day and then tuck them back up for the night they should all survive. 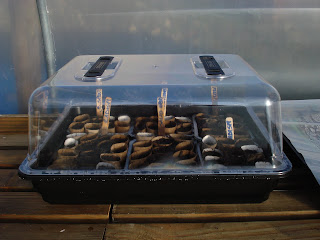 My 'posh' propagator, the rest make do with polythene.