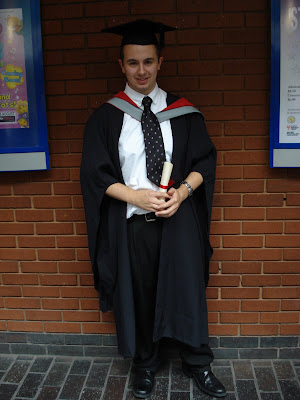 After all the introductions of the four legged residents on the farm, I thought it was time to do a quick introduction of the two legged workers. Today, we'll start with Jason - because its his birthday. 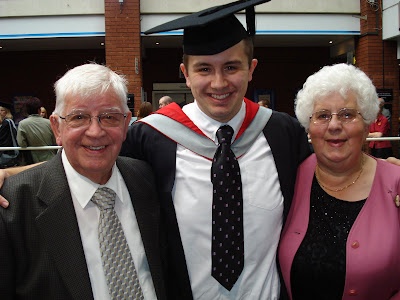 Jason was born 22 years ago in Barrow in Furness, went to Askam Village nursery and Primary School, then on to Dowdales Secondary school in Dalton in Furness and then on to 6th form college to get his A Levels. Then it was off to University in Preston to study Forensic Science. He got his degree ( a 2:1) last year. Since then he has been doing some temporary jobs in a bid to pay off some off his student debt.

He is currently waiting to hear if he has got a place on a Masters Degree Course back at the same University. 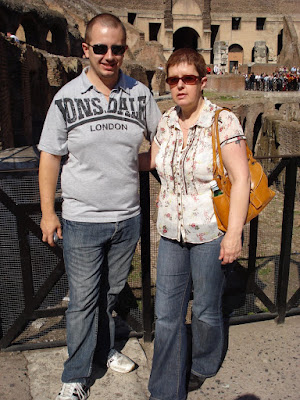 On holiday in Rome with me and Hubby to celebrate his degree.

In the meantime, he is discovering talents he never knew he had...........he is handy with a paint roller, a garden shredder, a saw, an axe......his list of tool usage is going up by the day. 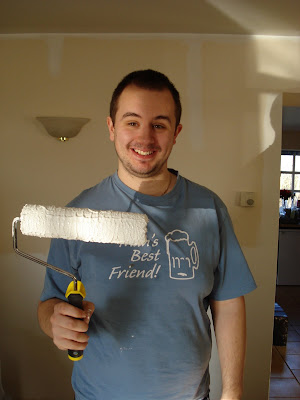 He has volunteered to stay here to look after the animals whilst me and Hubby go on holiday in May, although we have been instructed in no uncertain terms that we must not get the chickens until we come back!! 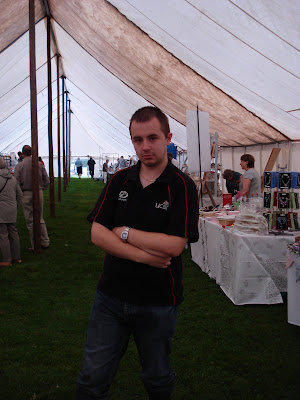 Helping me at an Agricultural Show (a true young farmer in the making!).

I won't give away any more of his secrets (he's bigger than me!!) or he'll be upset. But I will say he's a son to be proud of and has always been there for me in the happier times and some of the more trying times. He has developed into a very mature young man, but retained the most necessary ability to live in this wacky family - his sense of humour!

What ever he turns his hand to he will achieve, through hard work and determination.
I am proud to be his Mum.