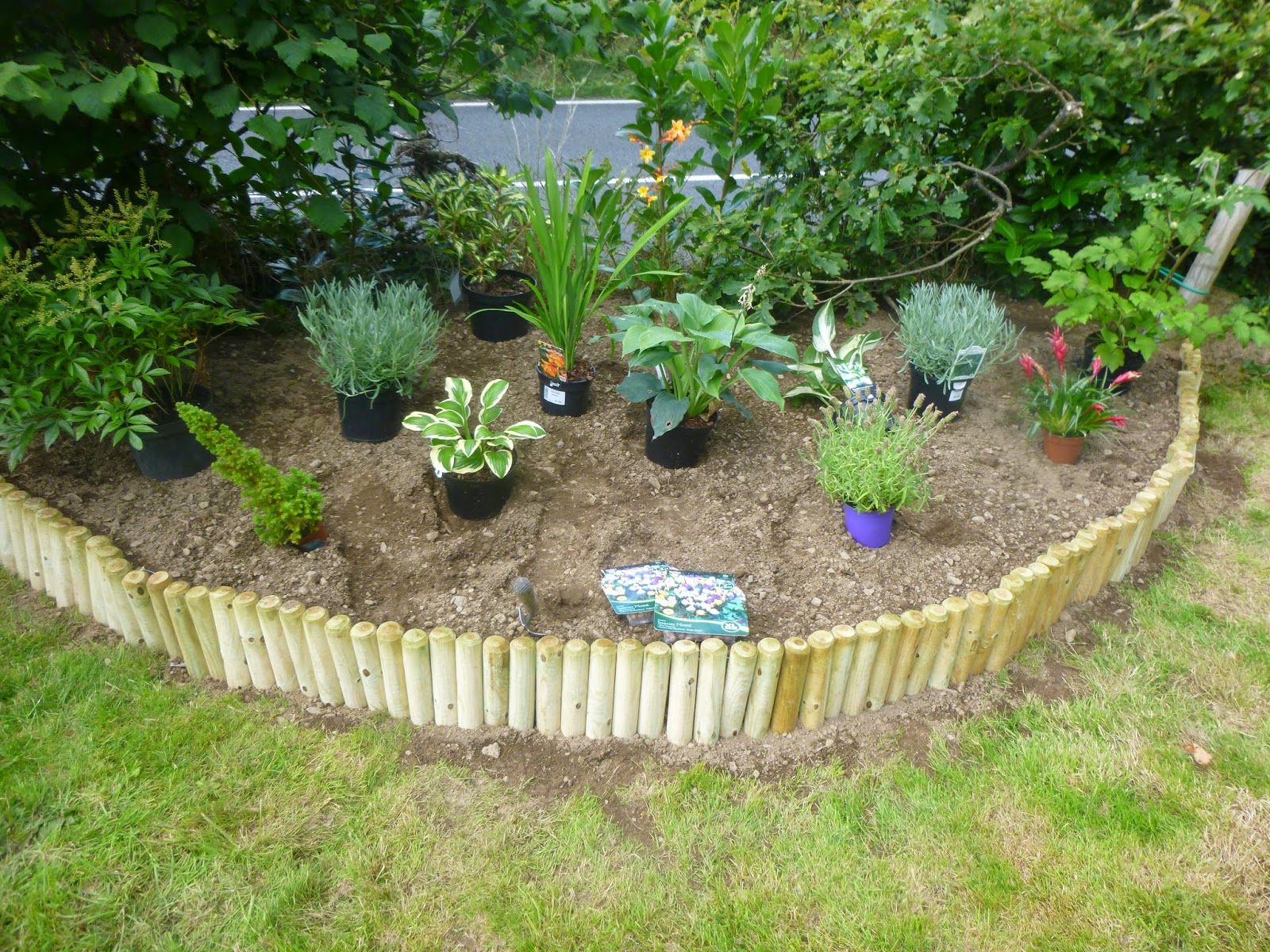 I realised this morning that I never got round to putting up pictures of the finished new bed after doing the 'Molehills' post.  Ooops .... sorry!!
After barrowing all the soil over from the soil pile near the raised veggie beds, and filling in what was a much larger dip than even we realised, I laid out the pots of plants that we were planting.  Some were bought specially, including the one on the far left which was from the Maenan Hall NGS open day ... there were plants on sale as well as coffee and cake!!  The others bought on our visit to Snowdonia Nurseries just up the road from us.
A few of them we already had and they were just waiting their turn for planting. 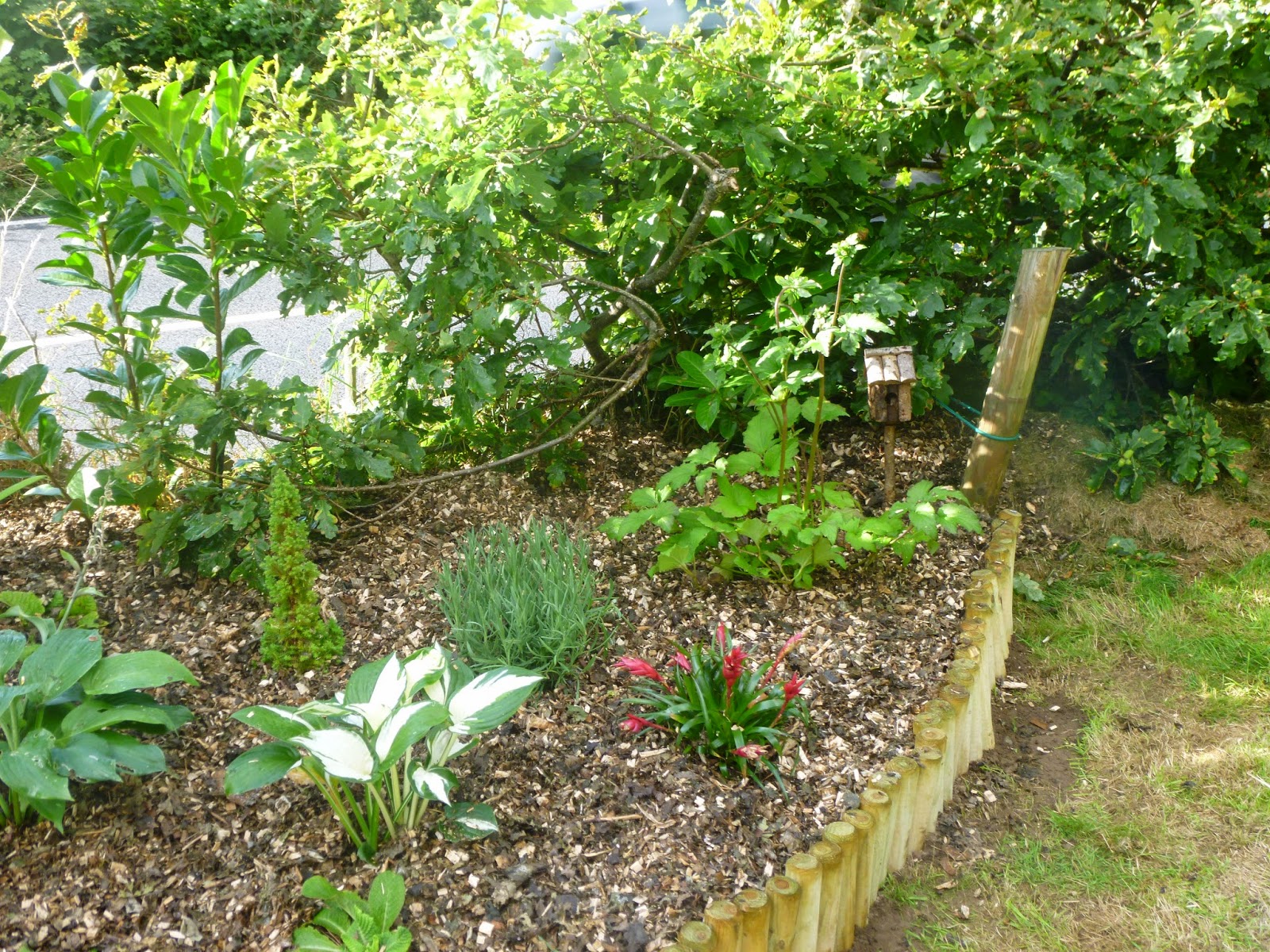 Once they were planted I gave them all a good watering and then Lovely Hubby set too barrowing lots of chippings over for me to act as a good layer of mulch. 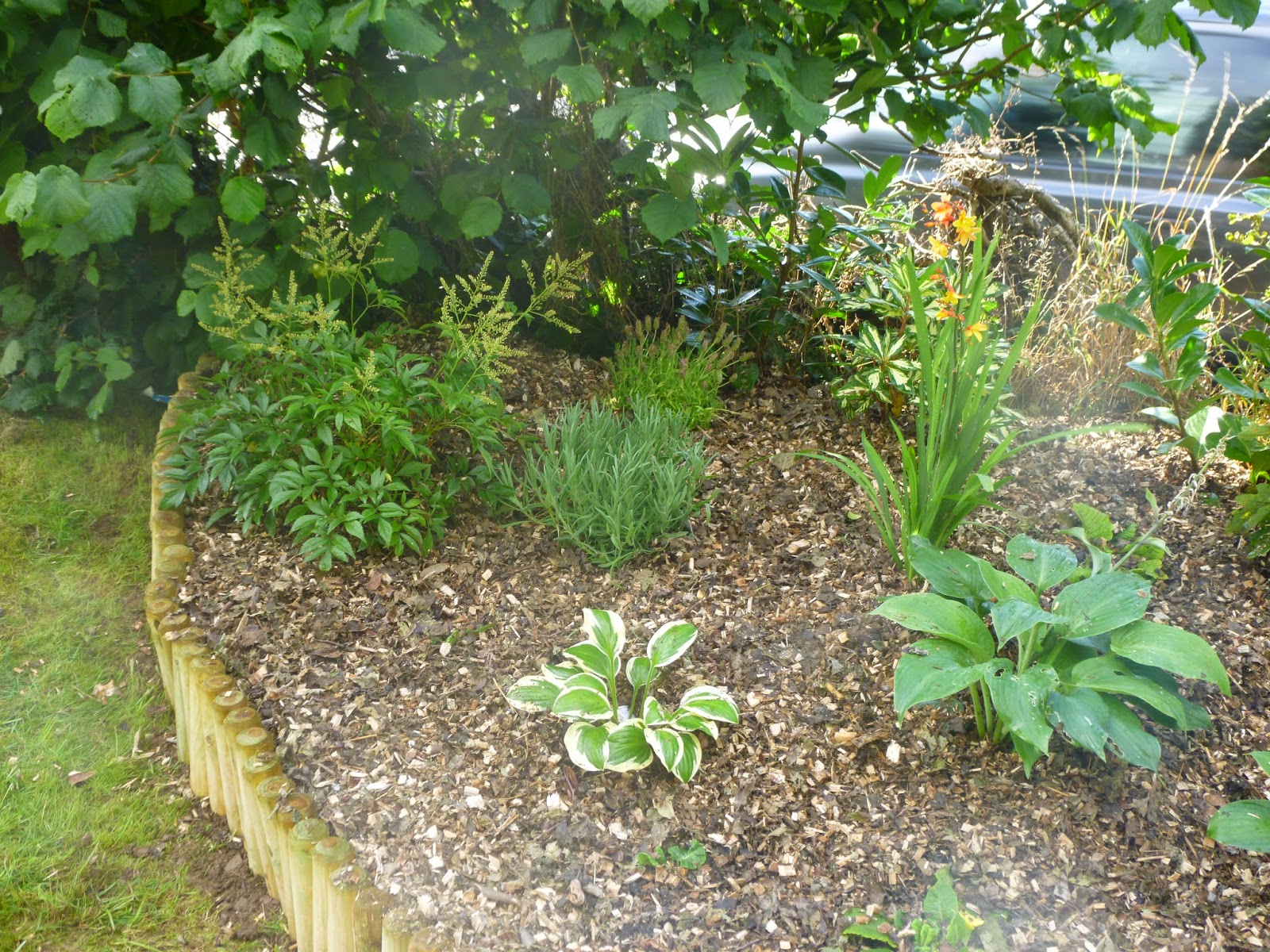 I think it sets the plants off really well too.
I do have a list of virtually all the plants, I took a clipboard out with me and made a note of the names as I was planting them ...... now I just have to find the clipboard ;-) 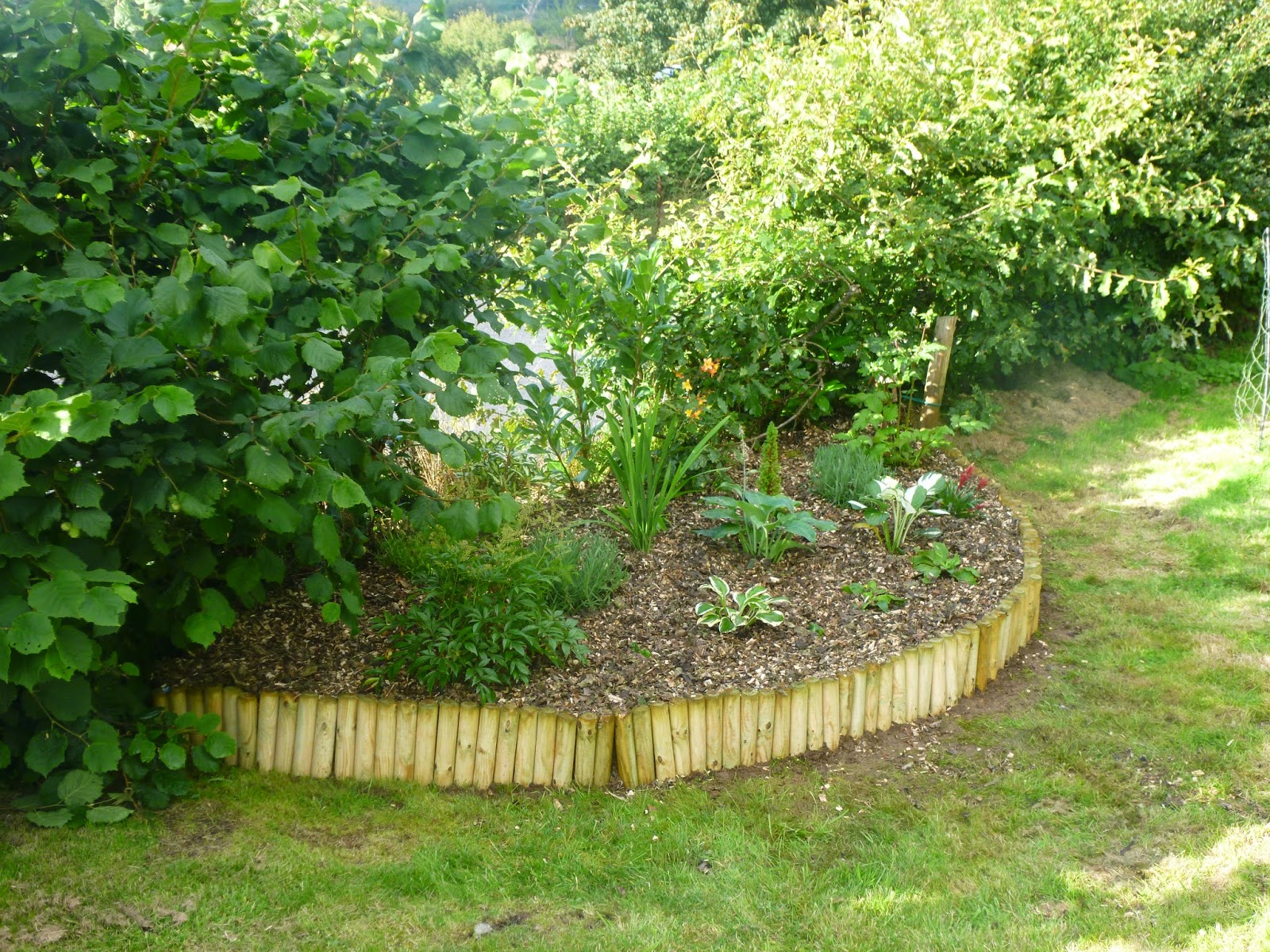 Hopefully this bed, which fills in what was a dangerous dip and gap near the road, will now keep Charley a little bit safer.
Do you find that wonky bit of edging bl**dy annoying ... or is it just me being completely OCD.
Sue xx﻿
Posted by Sue at 08:00