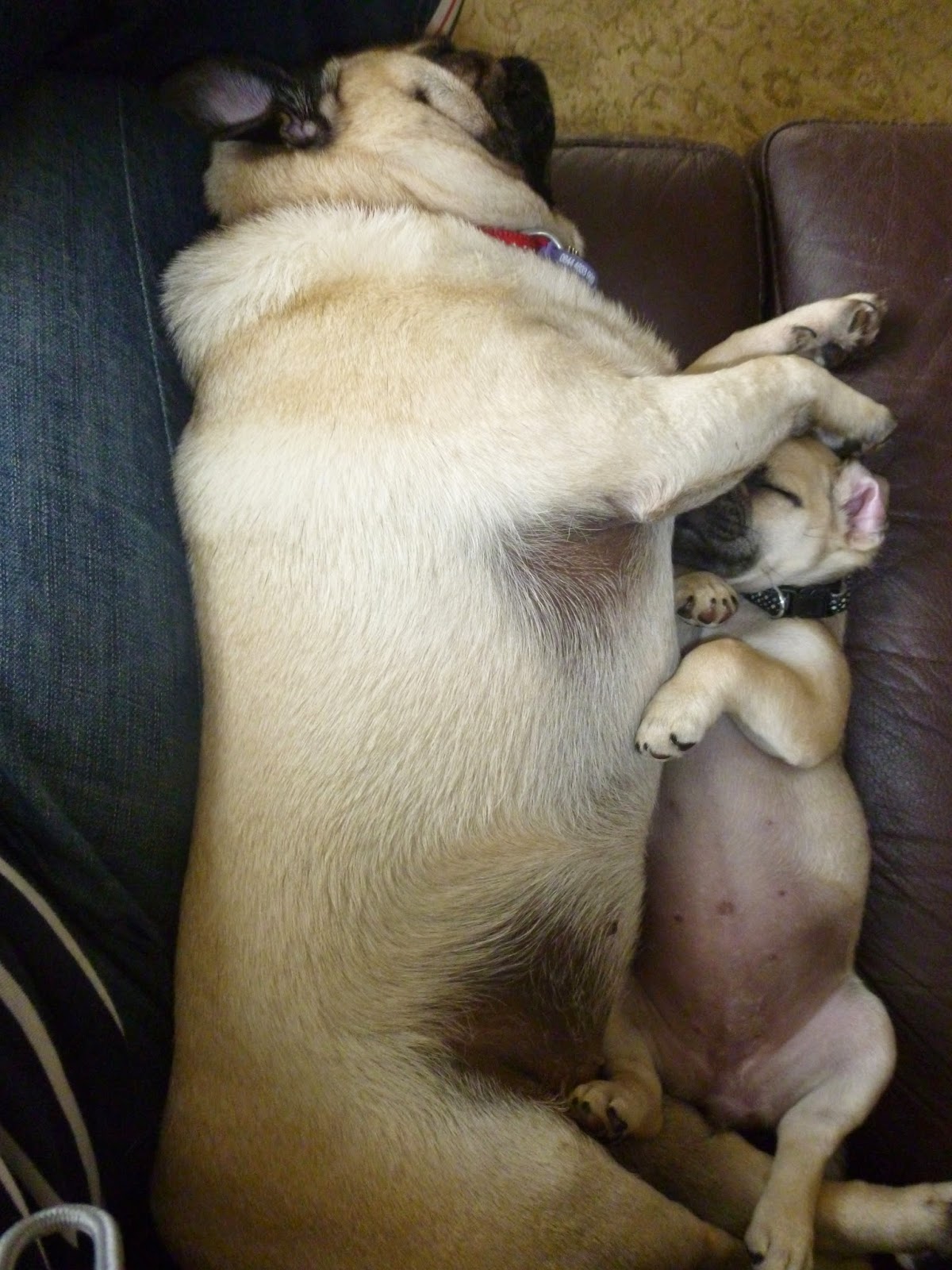 Chatting on the phone the other night I looked to my side and this is the sight I saw. 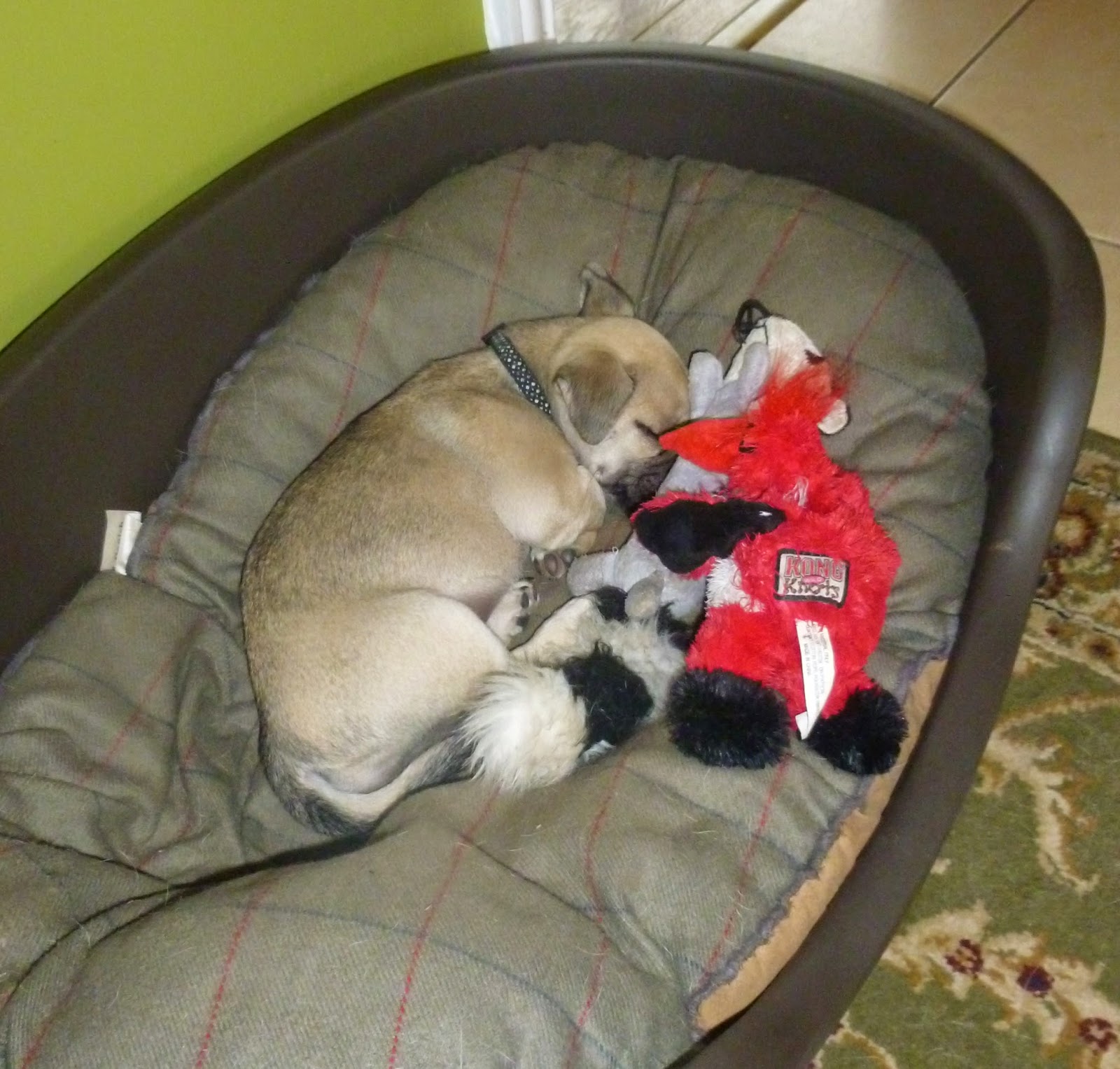 When she's not on the sofa snoozing away she's in one of the beds, she doesn't mind which one and the other dogs and Ginger don't seem to mind either, it's like musical dog beds here, you never know who will be in which one when.  The others do object slightly, however, to the mass of toys she takes to bed with her and refuse to use the bed again until all the offending items are removed.

She met her Uncle Jason for the first time yesterday and he wore her out, no wonder she sleeps so well.  The only thing she has not used since being here is her doggy crate.  We have used this for all pups, preferring them to be behind bars if we are going out anywhere or overnight, but she is such a independent and clean little dog and has motherly Suky looking after her so we have not forced the issue as she was really scared the first couple of times we tried her in it.

Oh well we can pack it away until the next pup arrives!!