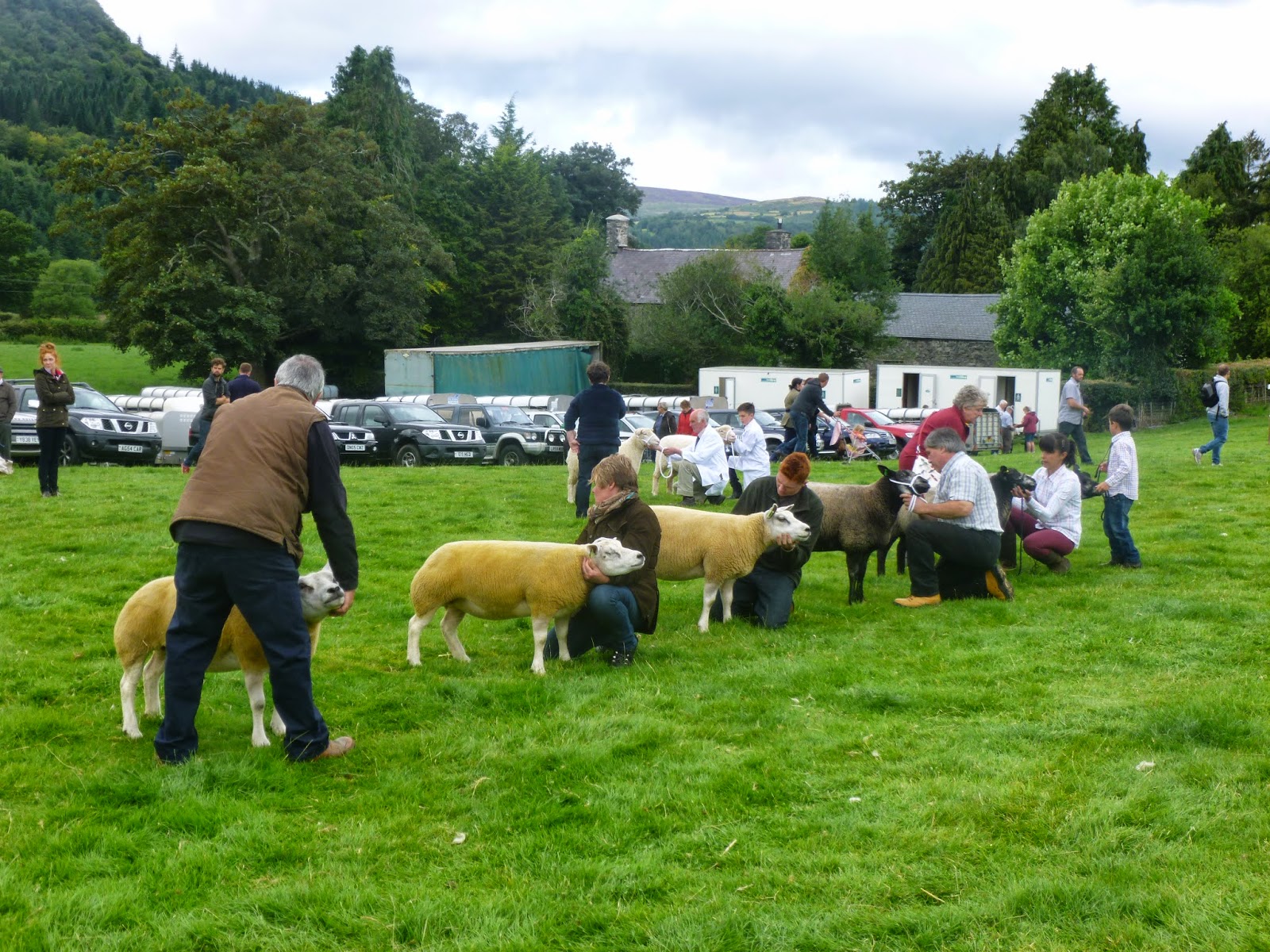 Yesterday as soon as we had cleaned ourselves up and got changed from dealing with the concrete we set off for the Llanrwst Rural Show which is held every year in Llanrwst which is our nearest village/small town.
The folk were out in force, a nice mix of locals, neighbours and holiday makers filling the fields with the sounds of the farmyard, fairground rides, chatting farmers venturing off hill farms and meeting up with their neighbours for the first time in a while and of course lots of children having fun. 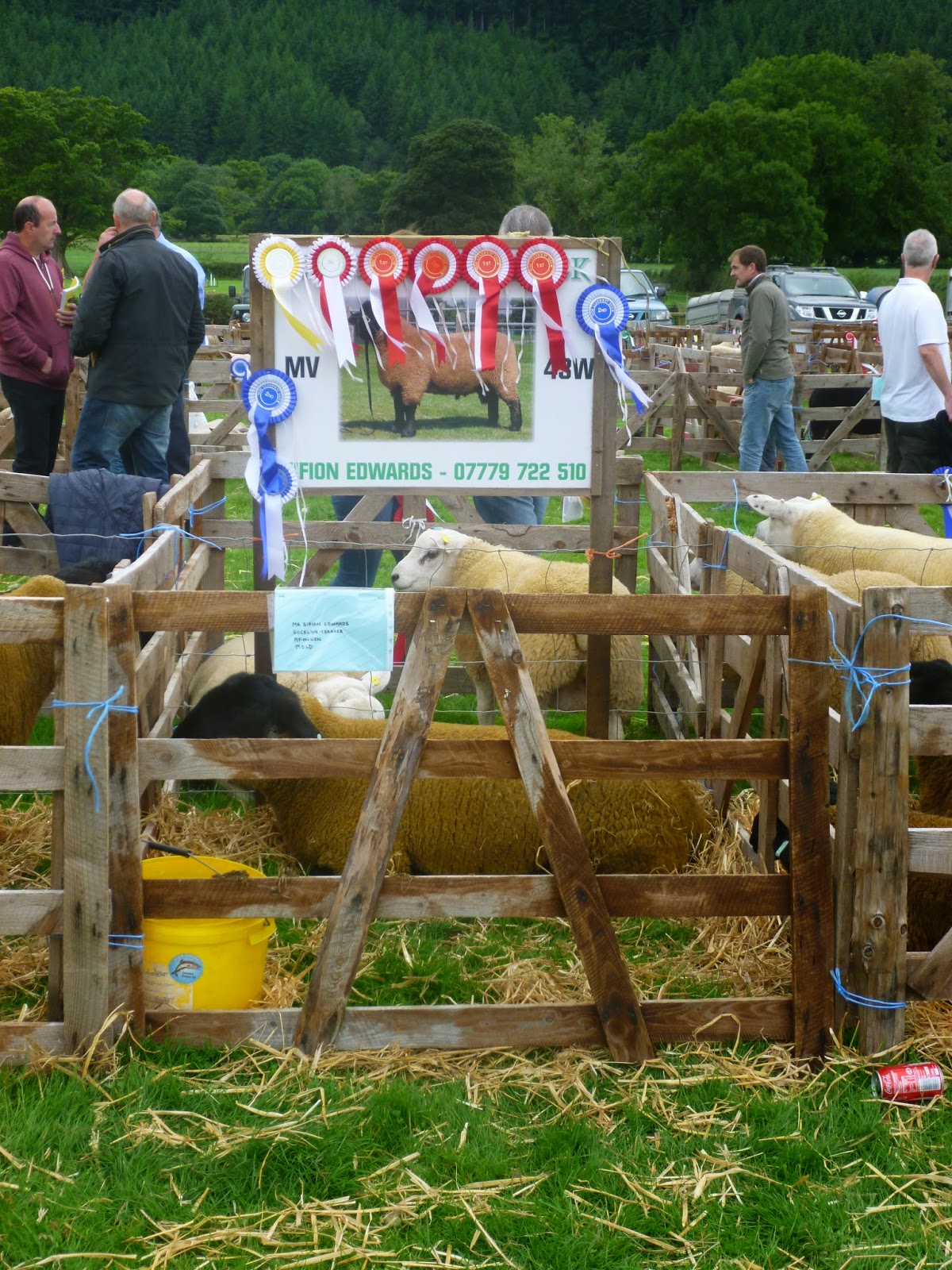 There really was something for everyone, but of course this being a rural part of Wales the sheep were the biggest attraction.  Primped and preened to look their best, their woolly coats scrubbed, coloured and combed to show them off to their very best advantage.  Many rosettes were on display around the pens and lots of happy sheep owners were sat relaxing after the trials of the competition ring. 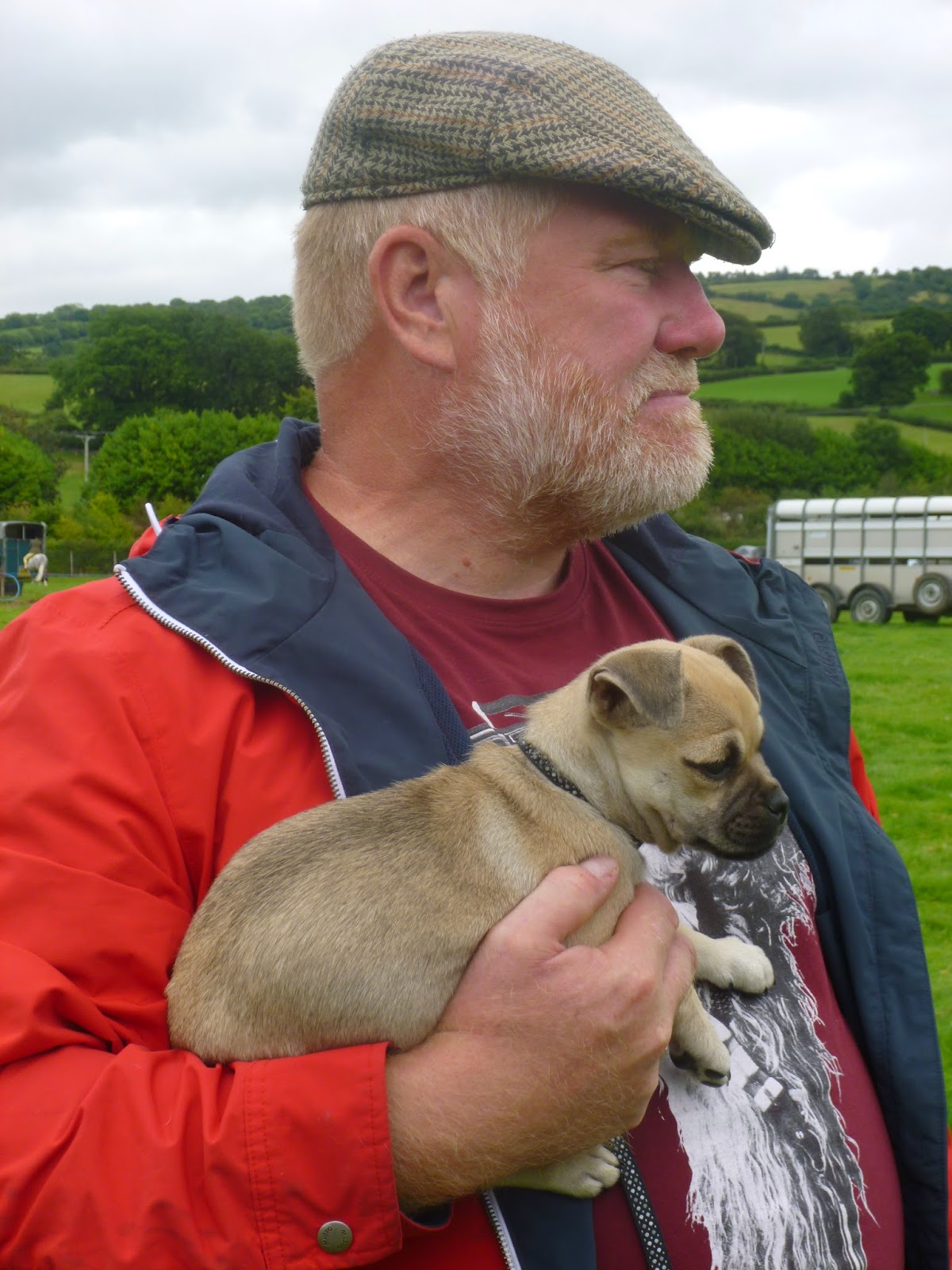 We took Charley with us but left the other two dogs at home.  Rosy finds this sort of thing a bit stressful and Suky is not coping well with the hot weather and is currently only having short walks.  We wanted Charley, however to be exposed to all the noise, smells and sights of the show field.  It worked a treat and after a nervous, shivery start she settled down and took it all in her stride.
It did mean though that every six yards we were accosted by folk asking all about her and cooing over the 'little puppy'.  She was cuddled by a whole family of small children, much admired in the beer tent and got us speaking to so many people it was lovely. 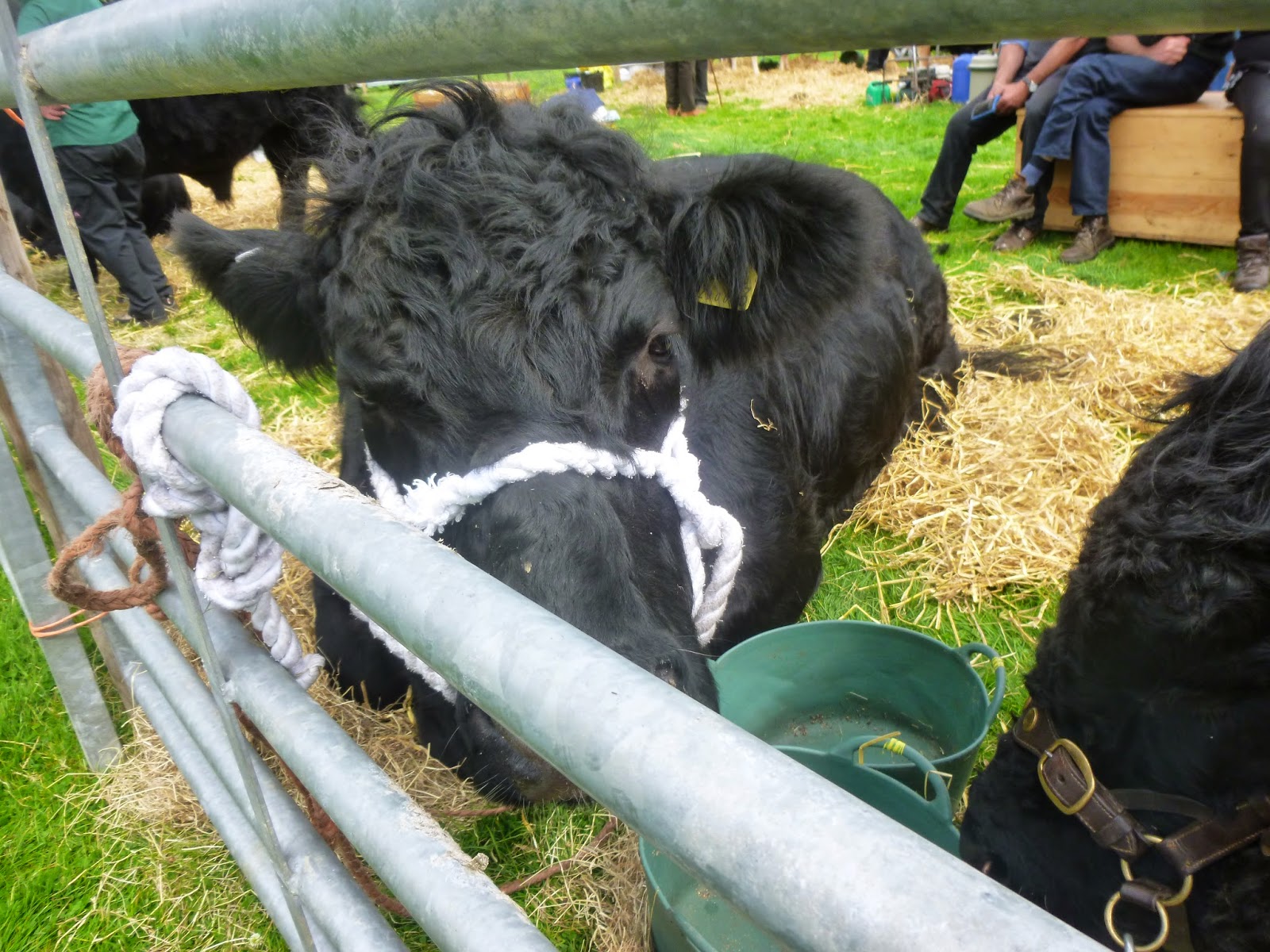 We showed her all the animals both large and small, and introduced her to every dog we came across, which of course meant we heard lots of doggy tales from fellow dog lovers.  It made for a very pleasant few hours. 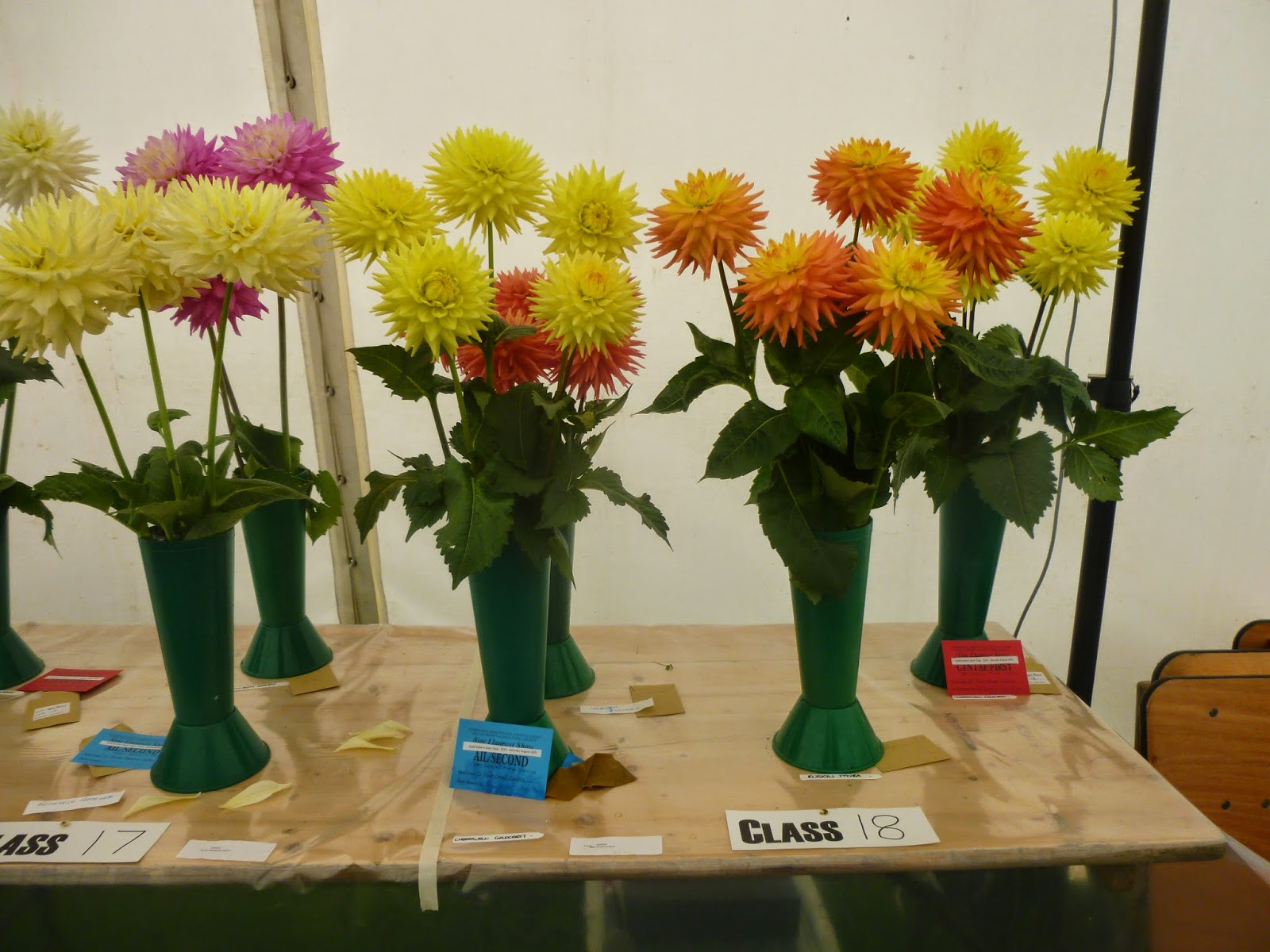 Of course I couldn't leave without having a good look at the competition tent to see the standard of the local entries and to see if I should be tempted to take part next year. 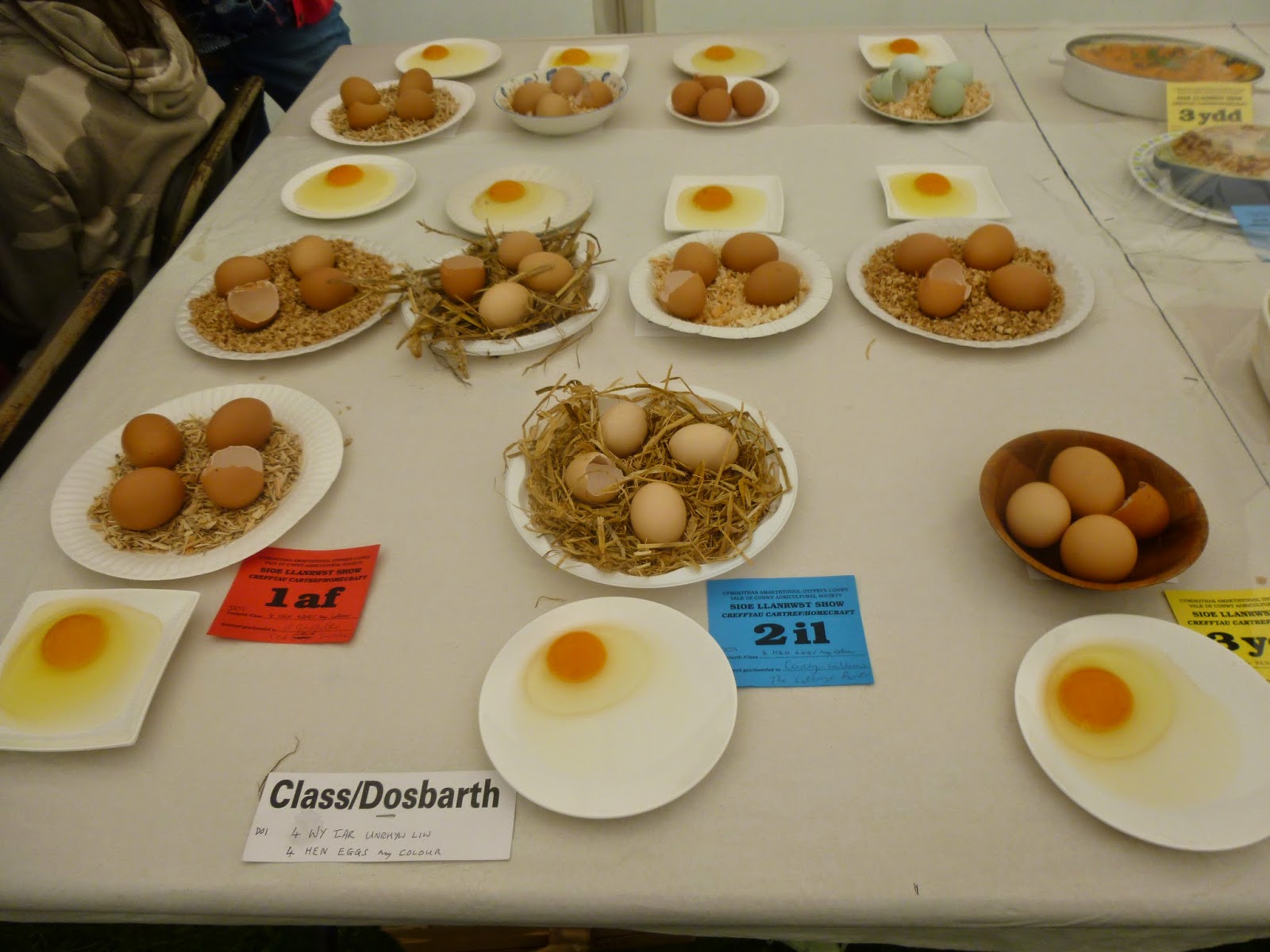 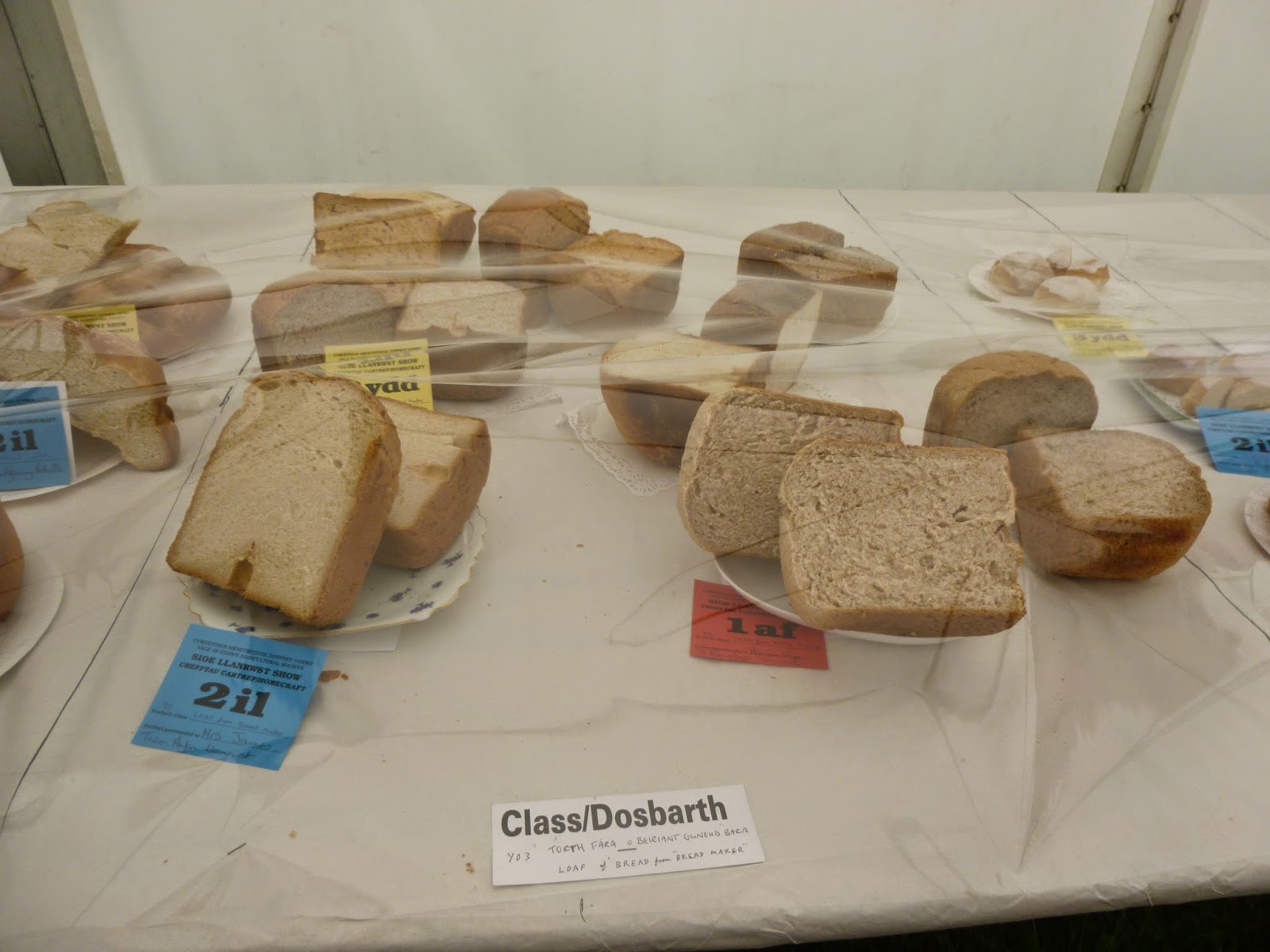 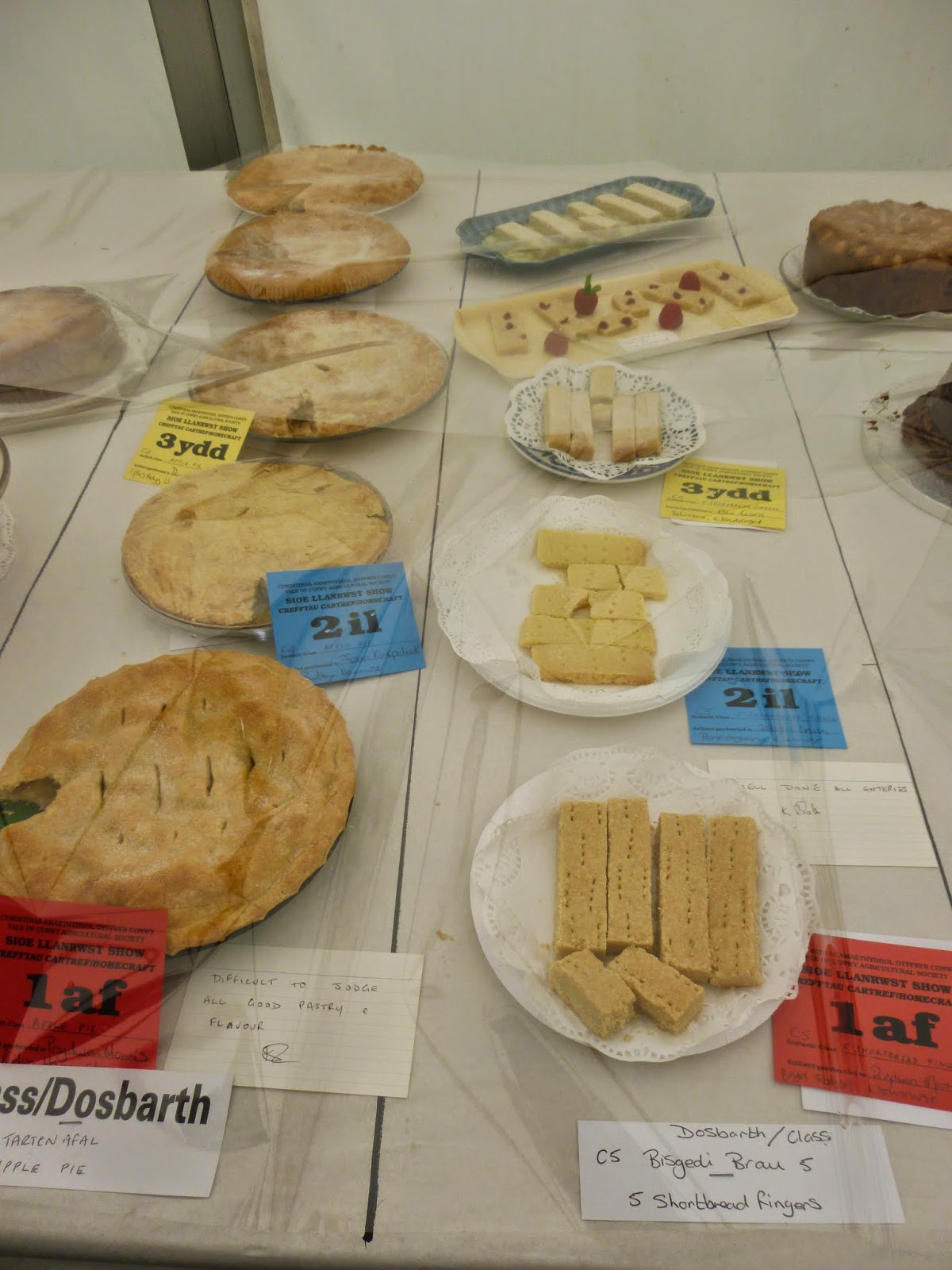 and lots of tasty looking pies and shortbread were just some of the exhibits.  There was also of course table after table of vegetables and novelty makes by the local children, as well as a wonderful photography competition and a vast display of hand knits and makes by the local branch of the WI.  But I didn't get to photograph all of them as we were stopped over and over again by people interested in Charley. 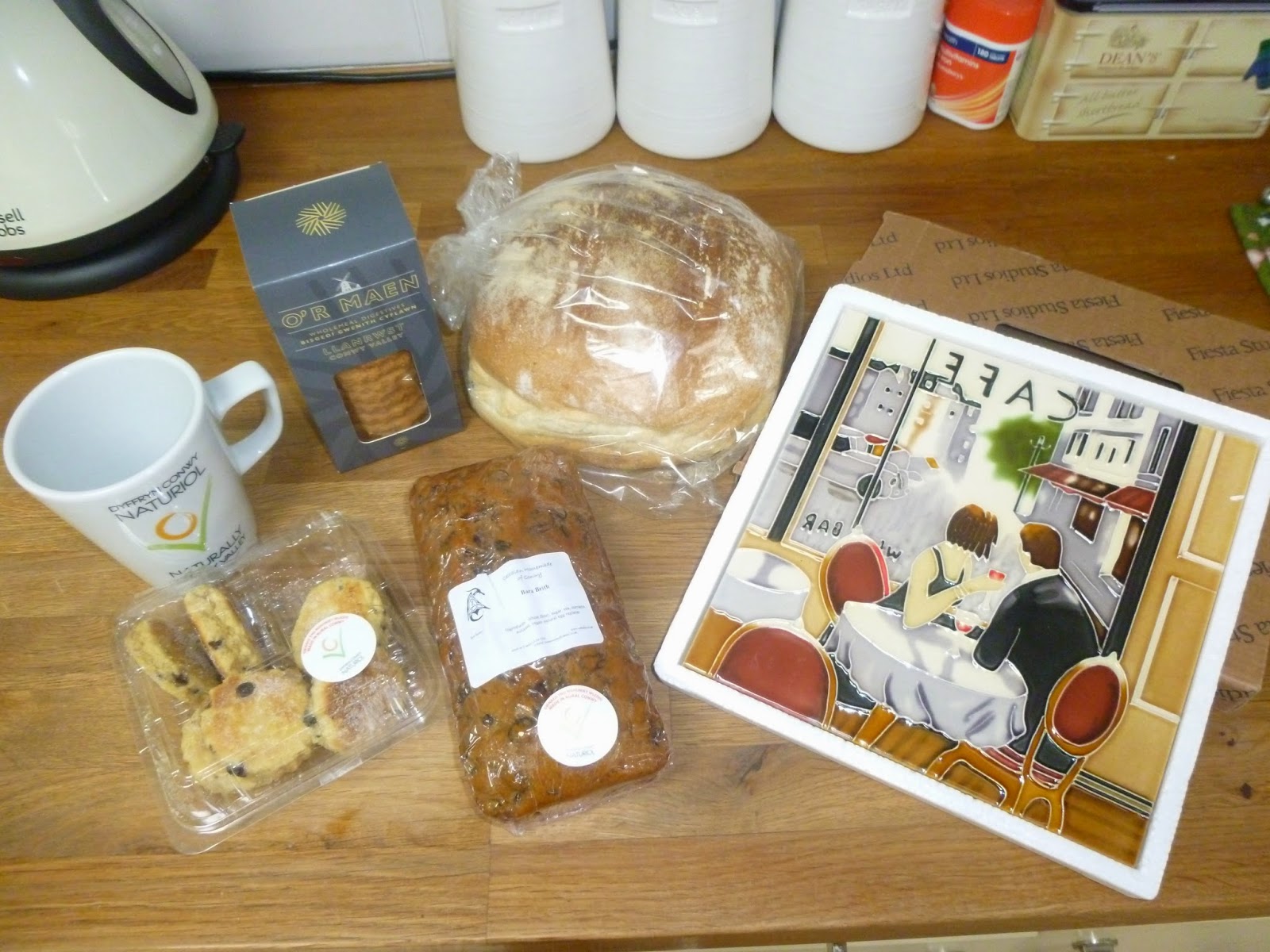 Seeing all that lovely food on display made me go a bit mad in the food tent, buying us some Bara Brith, some very tasty little Welsh Cakes, a pack of digestive style crackers to go with cheese for supper tonight, and a lovely handmade white loaf to pop in the bread bin ready for toast in the morning, but it's nice to support some of the local businesses and then we won a lovely wall hanging tile on the Tombola stall that was raising money for the local Air Ambulance.
So a lovely relaxing few hours after a hard mornings work, some tasty treats to eat at home and an educating day out for Charley.  Can't be bad :-)
Sue xx