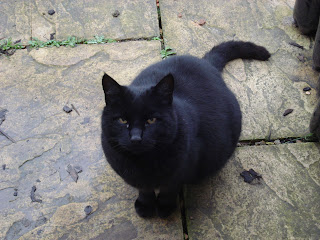 Hello my name is Toby I was born in June 1998, I'm a handsome chap, black all over and as suave and sophisticated as can be.  I look mild and well mannered but if I decide I don't like you....well put it this way you have been warned!! I have lived in six different houses, including two where I had to commute up and down the length of England on a weekly basis for a full year with my roving Mum and Dad, I believe I am shortly to be relocated yet again....oh well humans it seems just cannot make up their minds where their lair is supposed to be, well at least my humans.

Today and for one day only I am hijacking the Blog to post about us animals.  Mum's Blogging Buddy Jane (who very sensibly loves cats....she has 13 you know, a very sensible human) has been promised animal pictures and so far has been left waiting and waiting. 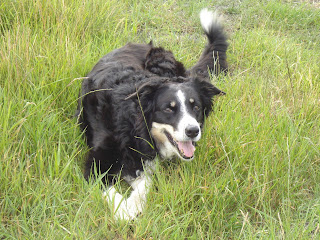 Sophie the Border Collie, useful for rounding up and guarding chickens...born June 1999, she's a dog you know. 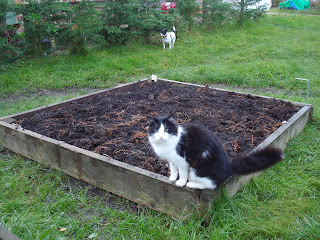 Archie, the fluffiest beast on the farm, born in October 2007 sent into this world to torment me, his elder and better looking brother. Okay.....so I'll admit he's a better hunter than me but bringing Mum three or four dead mice a day is not something I think she's terribly impressed by, so I just conserve my energy now and let him do all the work. 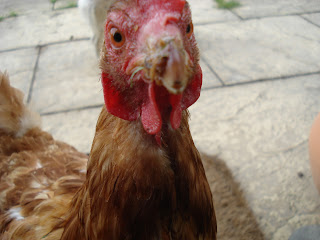 This I believe is a thing called a chicken, they seem to make Mum very happy with their strange egg laying habits, but she doesn't let them in the house so I don't think they're any competition to me.  This one and lots of her sisters were born in early Spring 2009, it's the one Mum calls Matilda, she's been known to pinch cat food, something I try to discourage. 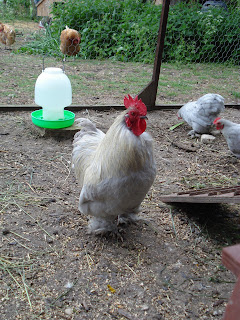 This is Caldwell, the leader of the chickens, not a bad guy but tends to be a bit noisy in the mornings when I'm trying to sleep after a night on the tiles, but he does keep those pesky birds in some kind of order and lets me know when there's danger on the horizon. 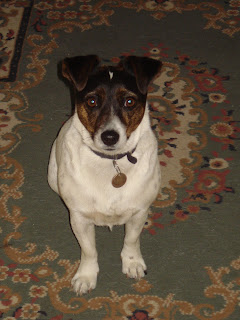 This crazy animal is called Rosy, she was born in May 2009 and came to live here in the Summer of that year.  I think she came here with the sole intention of stealing my thunder, it didn't last long, she knows her place!!  One good thing about her she is even better at catching mice and rats than Archie something he gets terribly huffy about! 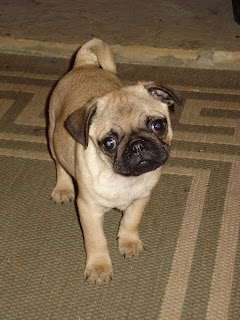 This creature came to live here in December last year, she is called Suky and is a Pug, she was born in October 2011.  I take pity on her because I think someone has slammed a door into her face and countersunk her nose, poor thing.  Mum obvisouly felt very sorry for her, so I let her be....usually. 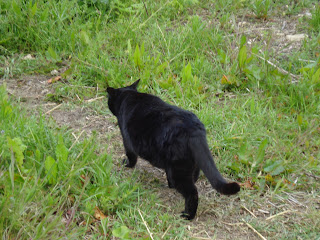 There that is a round up of the animals left on the farm, there used to be pigs, lots and lots of pigs, but they couldn't catch mice, or sit on the fence or do anything really useful so I think that's why they've all vanished.  Well I better be off now, I've had enough of this Blogging lark.