The Lingering Aroma of Vinegar 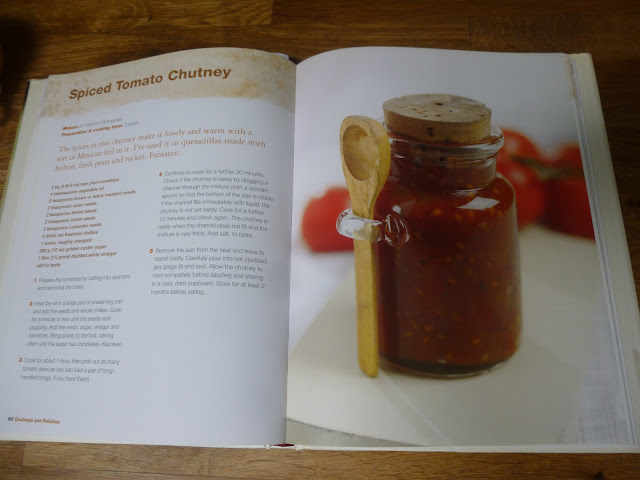 Yesterday I picked all the tomatoes that had ripened while we were away over the weekend and used them to make this recipe. 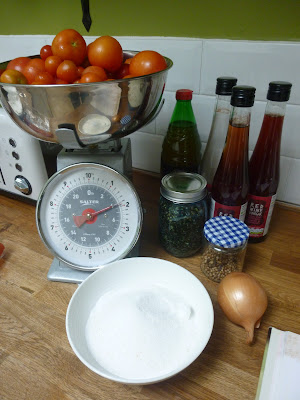 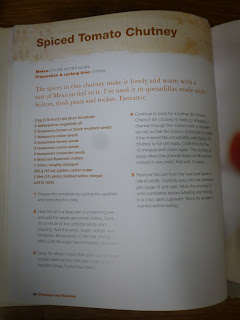 If this is tasty and I make it again I will definitely reduce the amount of vinegar I use.  It took almost FOUR HOURS of boiling to reduce the chutney enough for bottling.

If you want to see the recipe click on the picture and it should enlarge. 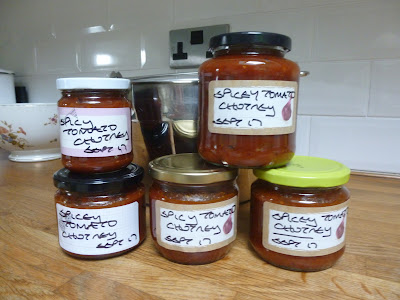 But what we have got now is five jars of very rich tasting chutney stashed away ready for Winter use, and a house that still smells of vinegar!! 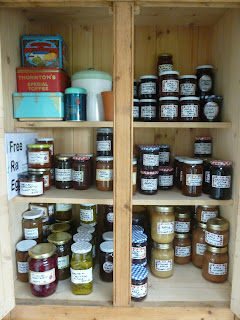 The stores cupboard filling up nicely, and the freezer is looking much healthier again too :-)