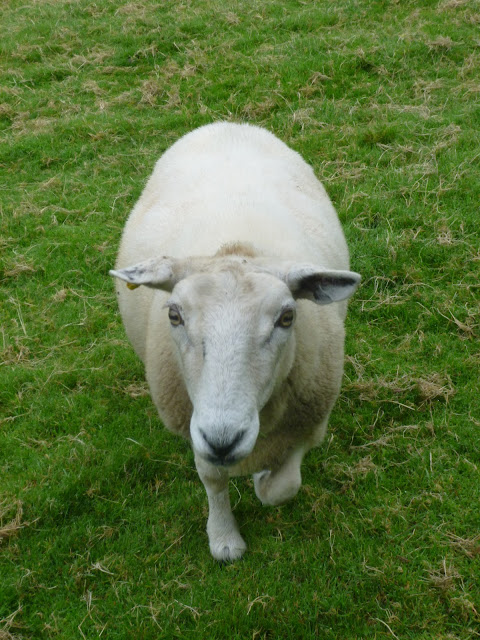 This is what a healthy sheep should look like.  Bright eyed, nicely rounded, inquisitive and in this ones case extremely friendly. 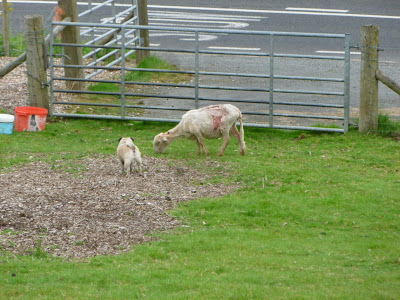 Now this on the other hand is a poorly sheep in every sense of the word. 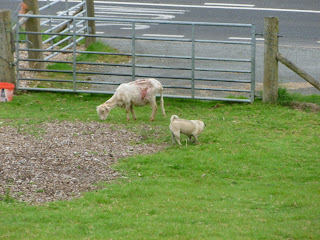 She was found by Alan two weeks ago wandering on the road, he wondered why all the traffic was slowing right down so he walked down to the edge of our driveway and spotted this sorry sight.  She meekly followed him up the drive and into the paddock where the other sheep were quick to let her know to keep away from them.  She got stuck into eating the grass immediately and settled down. 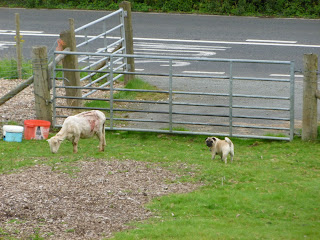 We had an idea who she belonged to, but first Alan phoned Will who has his sheep in our field to make sure it was okay for her to mingle with them. 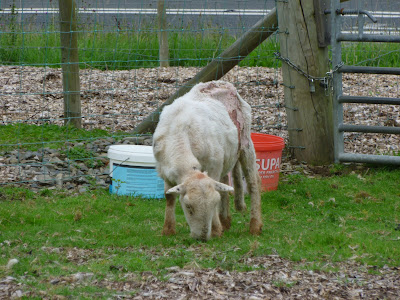 He came round within 10 minutes and gave her a good look over.  She has been badly shorn after a severe case of fly-strike, but Will said he could see she had been treated for it and that he was happy for her to stay in the same field as his girls.

He confirmed whose sheep she was, so next we gave the owner a ring.  He said he would be round as soon as possible to pick her up.  That was two weeks ago!!  These photos were taken after she had been on our good grazing for a week, so I'm sure you can imagine how bad she looked prior to this.

We've sprayed her a few times with antiseptic spray over the open wound as recommended by the vet, but she's still not healing well as she nibbles at the scabs as soon as they form, so we are waiting to hear back from the vet about any other treatment she might need. 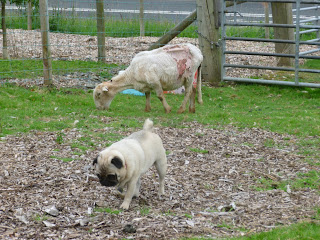 In the meantime Suky is getting very peeved that this sheep will not make friends with her.

She's tried standing as close as she can, tucking into grass to prove that she can eat as much grass as any sheep and even tried to give her a Pug kiss, nose to nose ..... but the sheep will have none of it, although she has stopped walking off as soon as Suky walks over, which is enough to give a little Pug a vestige of hope :-)