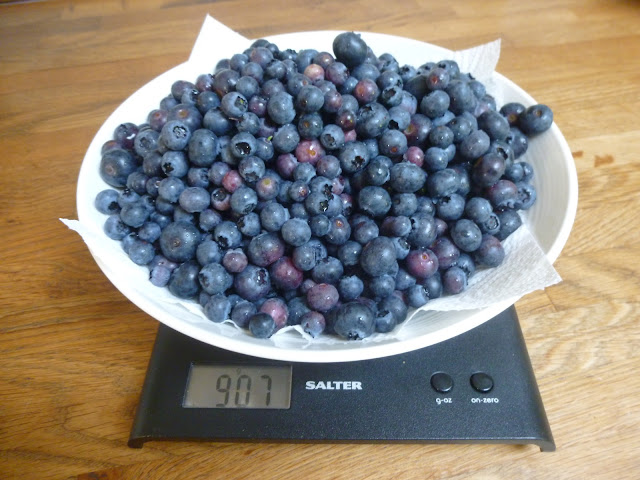 It's been a brilliant year for the Blueberries this year, just as it was last year. 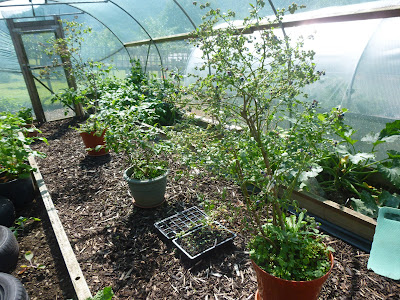 Being in the Net Tunnel seems to really agree with the three bushes that we have.  The pots were were lifted outside when the flowers first appeared for natural pollination by pollinating insects and then once there were signs of fruit developing moved back in, where they have remained all Summer safe from the  birds and other thieving little critters, and they will stay there through the Winter after a bit of a pruning. 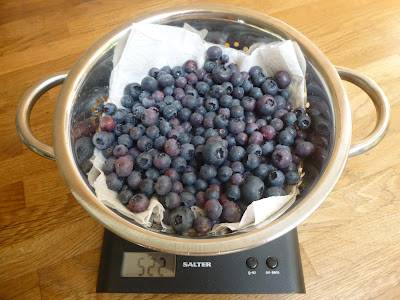 The first few pickings were weighed for posterity but as is so often the way this fell by the wayside as busy days and longs watering sessions made my mind a blur. 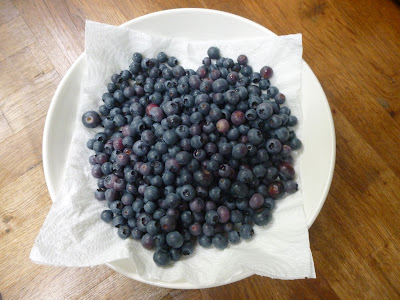 But we have ate royally well from the bushes, tubs have been taken to Mum's and we have eaten some straight from the bushes as we have passed by ... well it would be rude not too  ;-)

They are lovely sprinkled onto breakfast cereals to add a pop of summery freshness and even better when added to the cereal bowl straight from the freezer ... when the ice cold pop as the berry explodes in your mouth is absolutely amazing.  They freeze so easily, a quick wash, a good dry and then straight into tubs.  I try and remember to give the tub a good shake an hour or so after putting it in the freezer just to ensure that they remain free-flowing, but I have never had a problem even if I forget to do this.

Our bushes are now about eight or nine years old and have been growing from strength to strength, with a repot and a change of compost last year, but I think I will supplement them with a couple of younger bushes in time for next years picking season to keep a line of continuity going .... just in case.