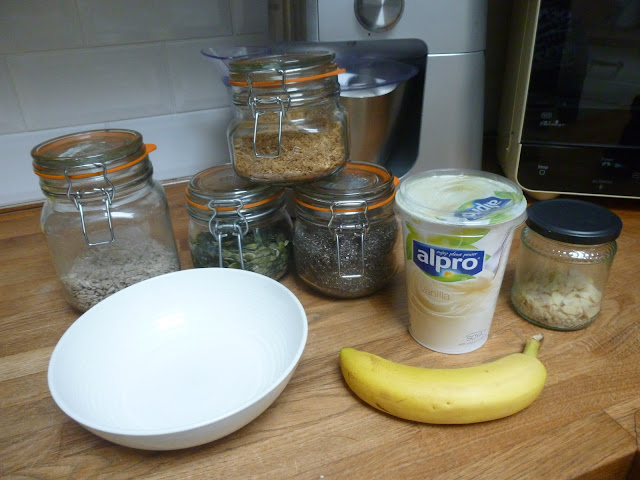 Whenever I have bananas and yoghurts in the house this is my breakfast of choice.

A big dollop of yoghurt, usually about a third of this large pot, a sliced up banana, a good handful of frozen homegrown Blueberries straight from the freezer and a teaspoon or two of everything from these jars.  The other morning as I was in and out of cupboards adding my teaspoon of this, teaspoon of that I thought to myself ... well no actually I said it out loud ... why the bloody hell do I do this several times a week and why don't I store all these jars in one cupboard which would have been the first logical step.

Then I thought ... time to put this right now. 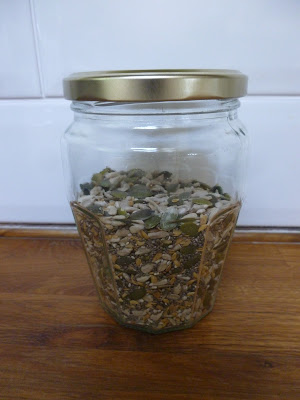 So instead of just putting the teaspoon of seeds on my breakfast I also put six times the amount of each seed into a jar and then gave it a good mix up. 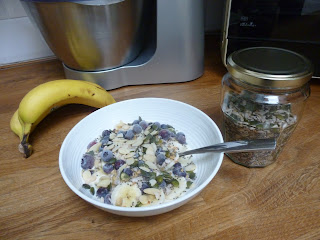 I will obviously have to give it a stir each time before I use it as things like the little Chia seeds will gravitate to the bottom, but it's a million times better than opening and closing cupboards finding what I need so early in the morning.

The only thing I decided not to add to the jar were the flaked almonds, as they would go off much sooner than the other more dried seeds, and there weren't that many left in their jar.  When they run out I will revert to grating a couple of Brazil nuts over my breakfast instead.. 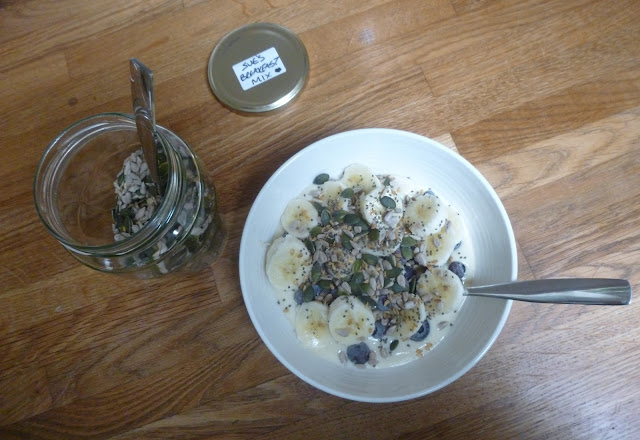 I even labelled the jar 'Sue's Breakfast Mix.

One nice thing though, while I was doing my squirrel impression the other morning and gathering in my seeds and nuts, Alan said 'you remind me so much of your Dad when he came to visit us at the farm' ... he used to do something very similar every day with his bowl of cereal and whatever various 'sprinkles'  he could find  :-) 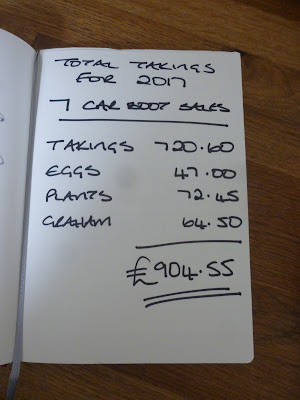 Our plan for next year now that we have got rid of most of the housey clutter, is to move towards selling more of our homegrown and homemade stuff.  So along with one table of 'car boot stuff'  there will be another table with eggs, plants and vegetables and once the workshop is completely up and running which hopefully it will be over this Winter, more handmade small pieces of furniture, bowls and bits and pieces made of wood.

It will be interesting to compare this years total with next years.