Posing for Photographs - No Spend Day 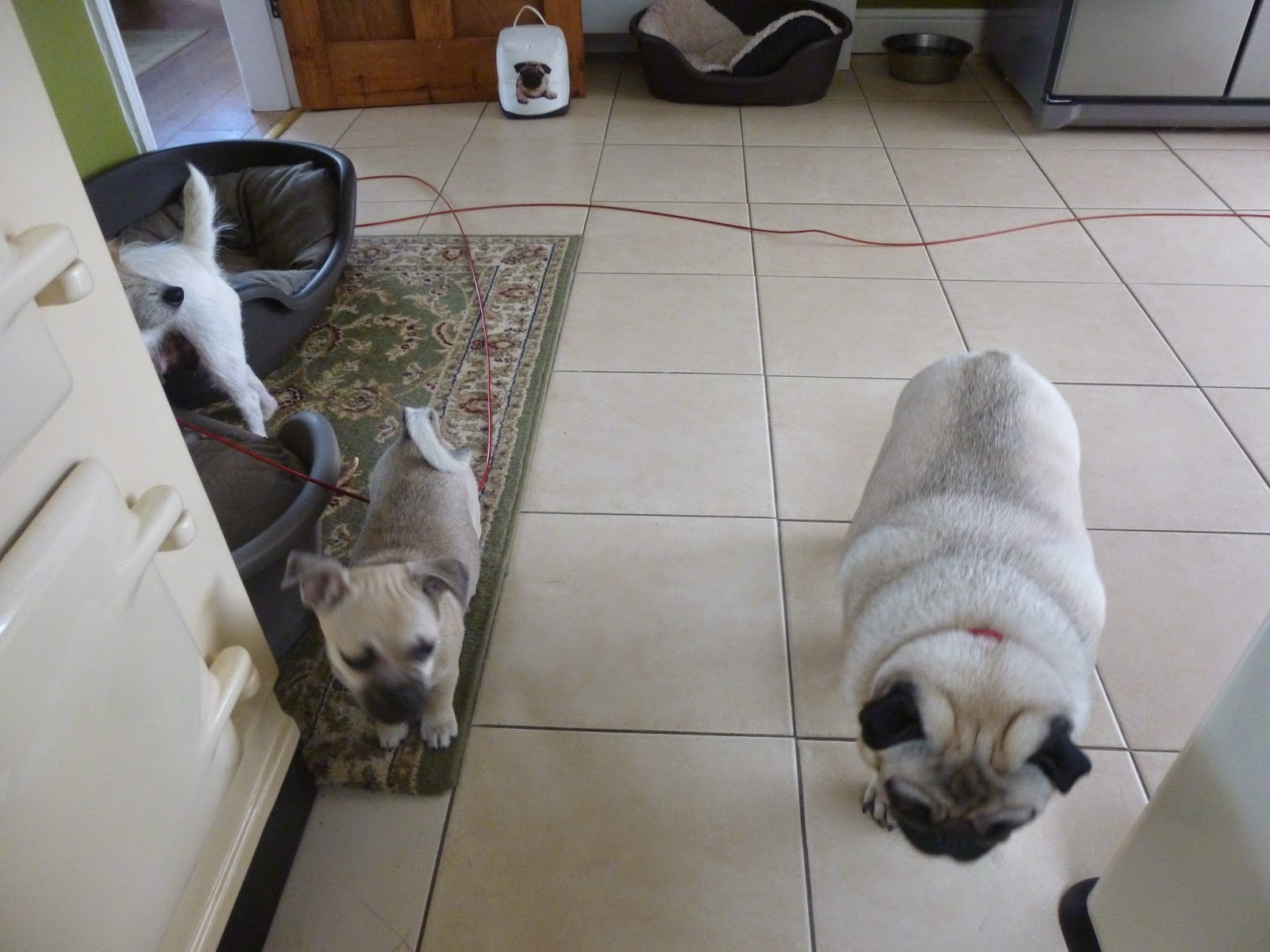 After yesterdays 'holey' post I thought you would be ready for some cute doggy pictures.  Pictures showing Mavis's progress and her little sisters playing with her ....
﻿ 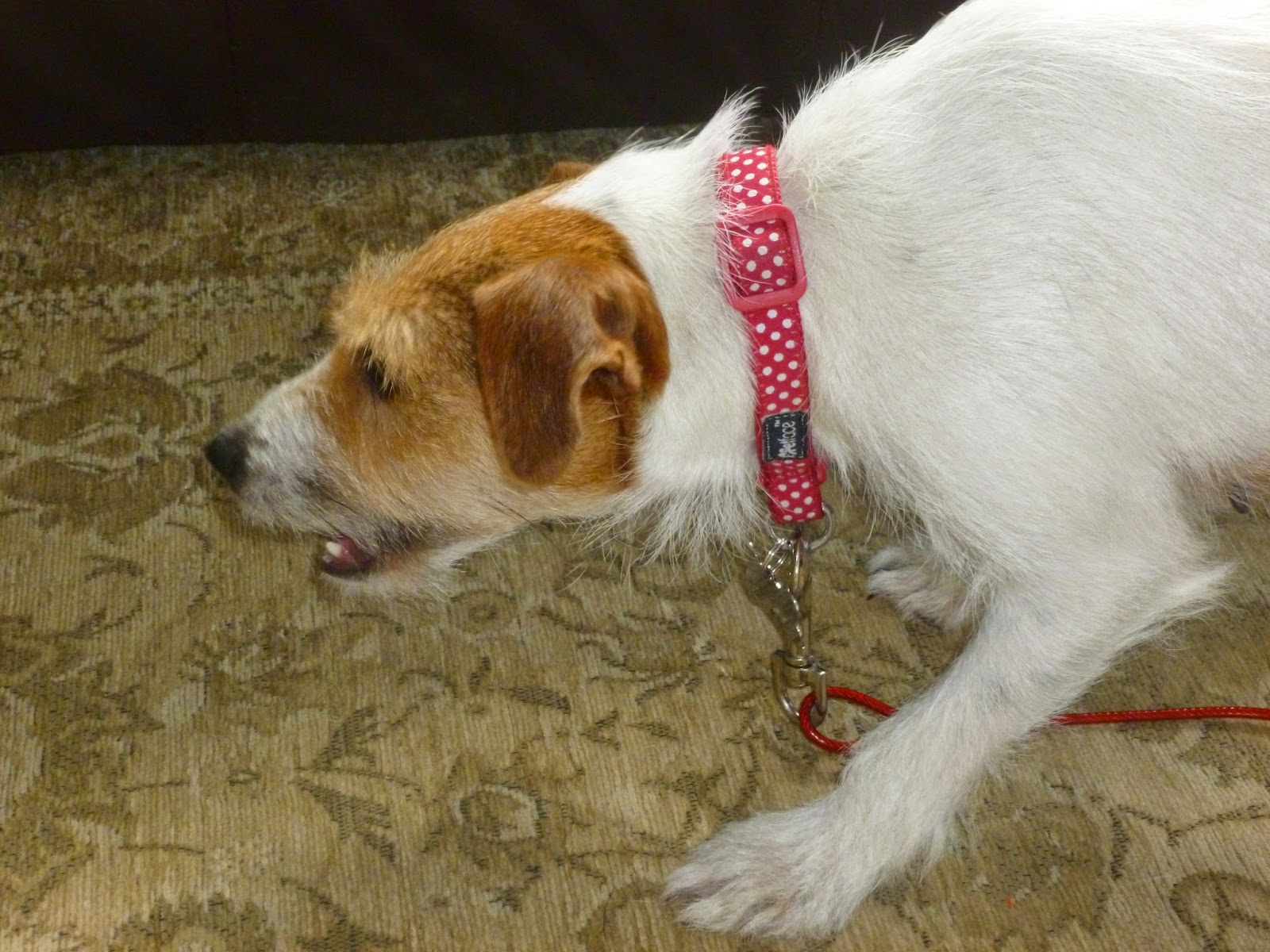 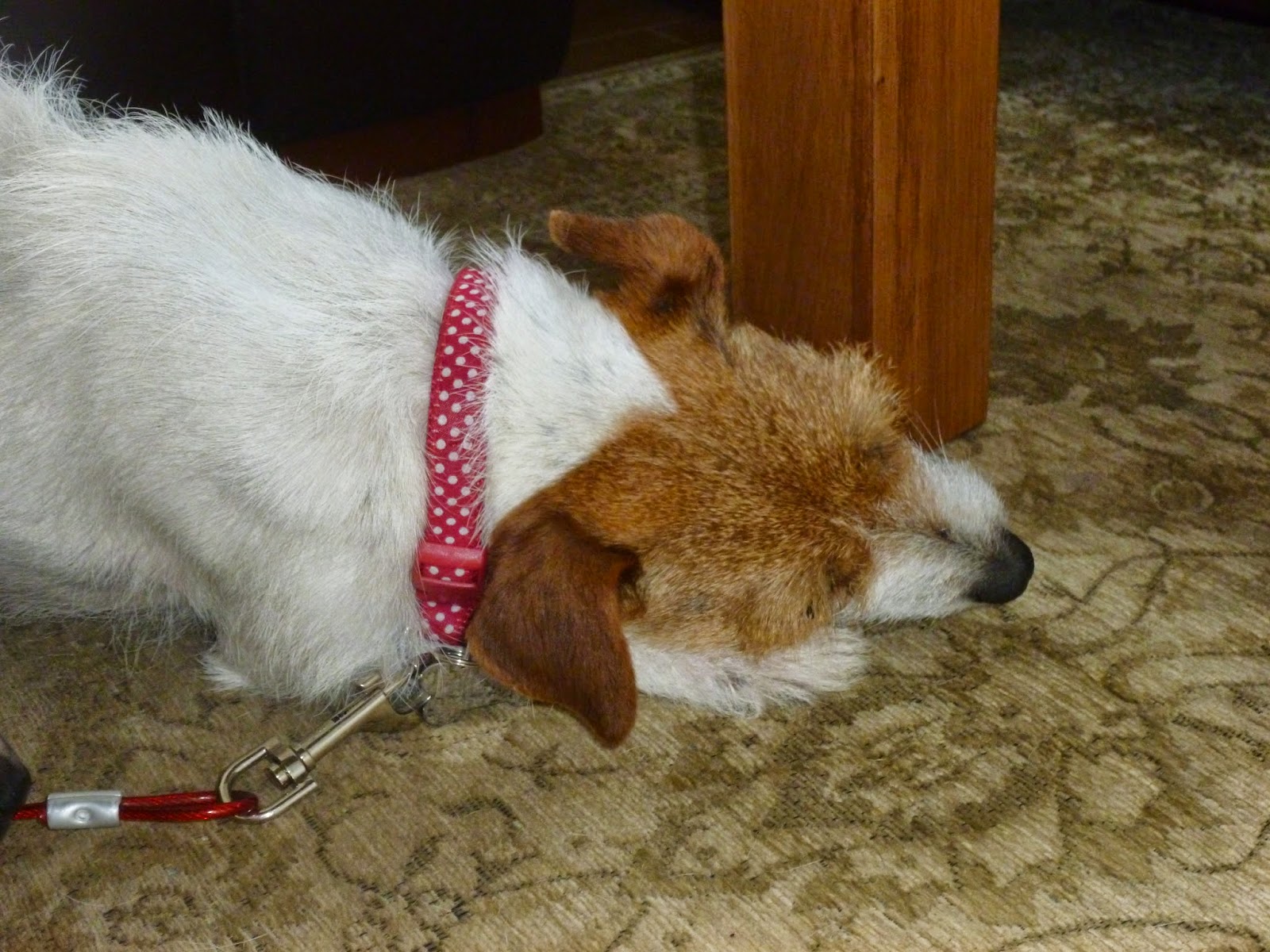 In Mavis's case it was chewing the end of a hide 'knot' that she found hidden under the table. 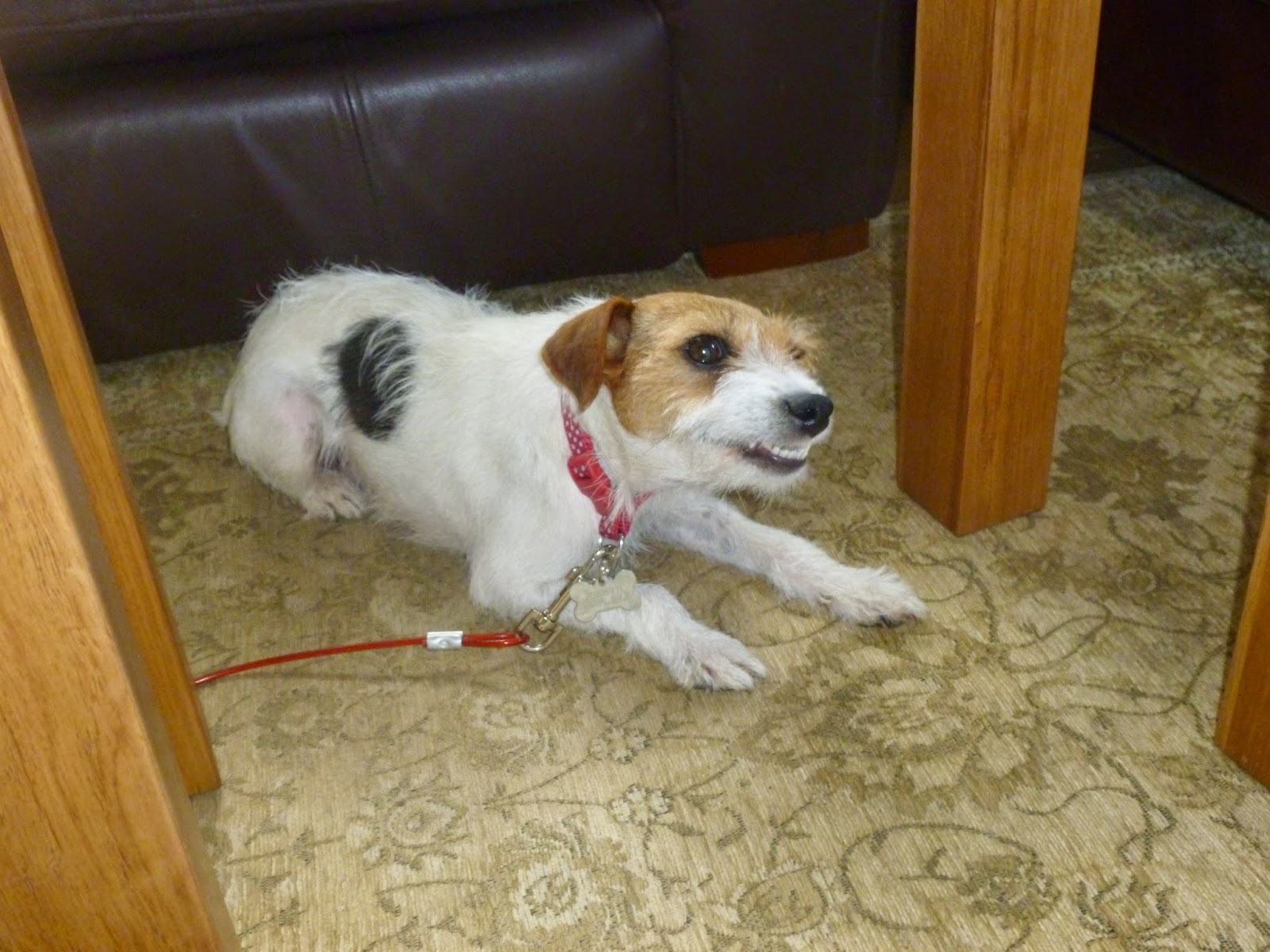 So I got lots of photos of her rolling it around her mouth and chewing .... 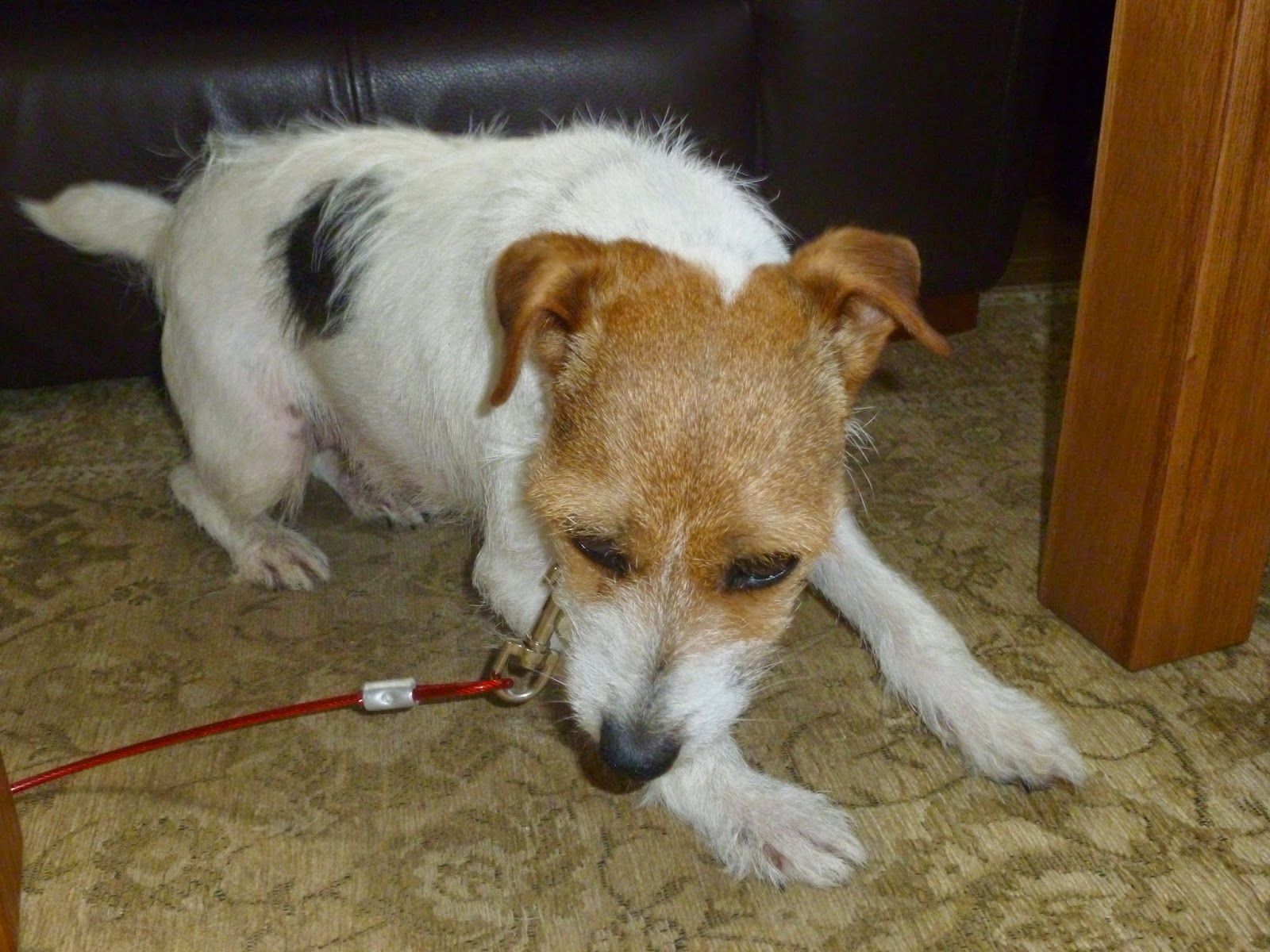 ... still I guess it shows she is happy, settled and enjoying a good chew. 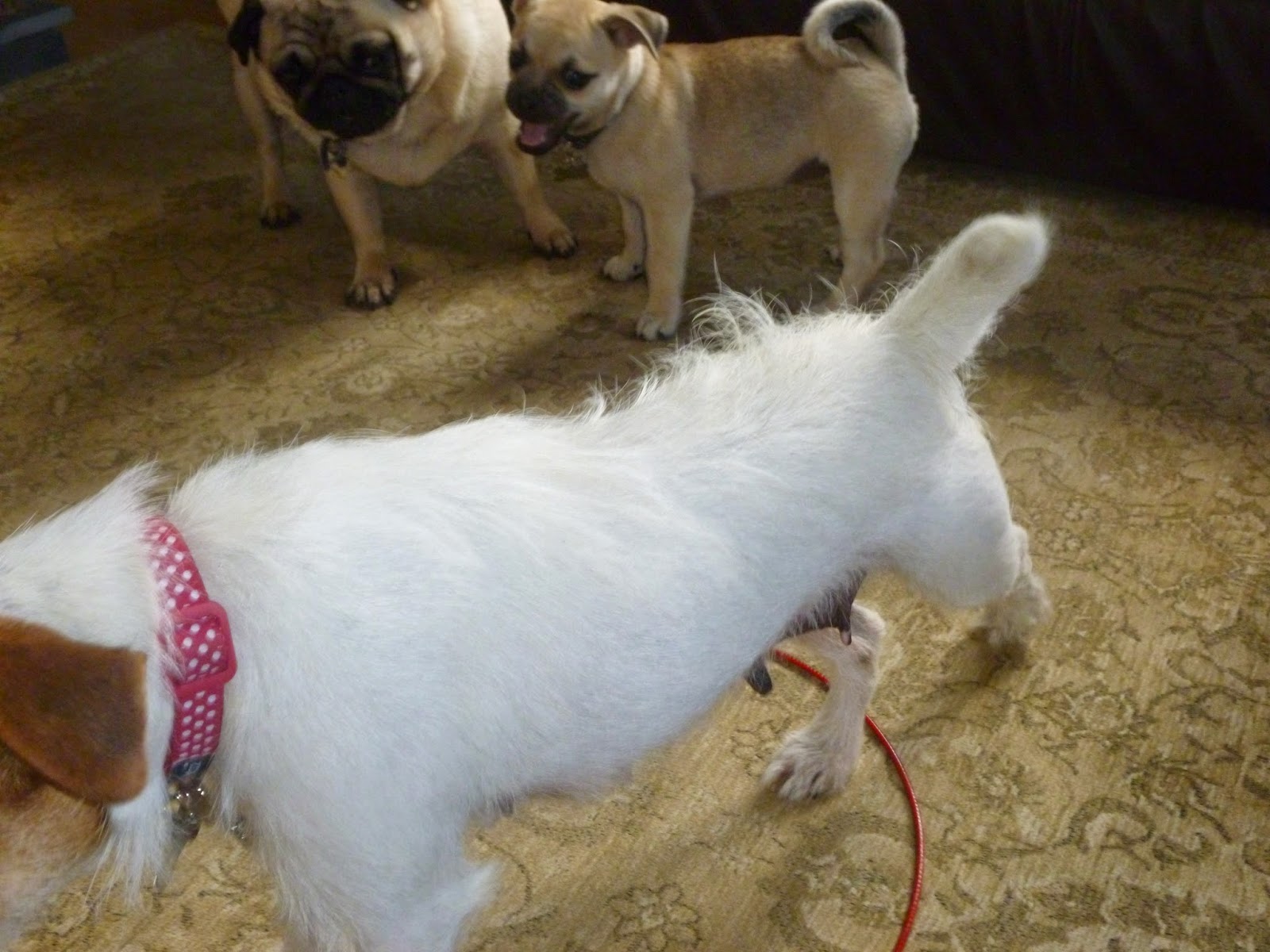 And here she is off for a drink after eating the last of it, leaving Suky and Charley having a break from the spot of rough and tumble they were engaged in while sister Mavis chomped away. 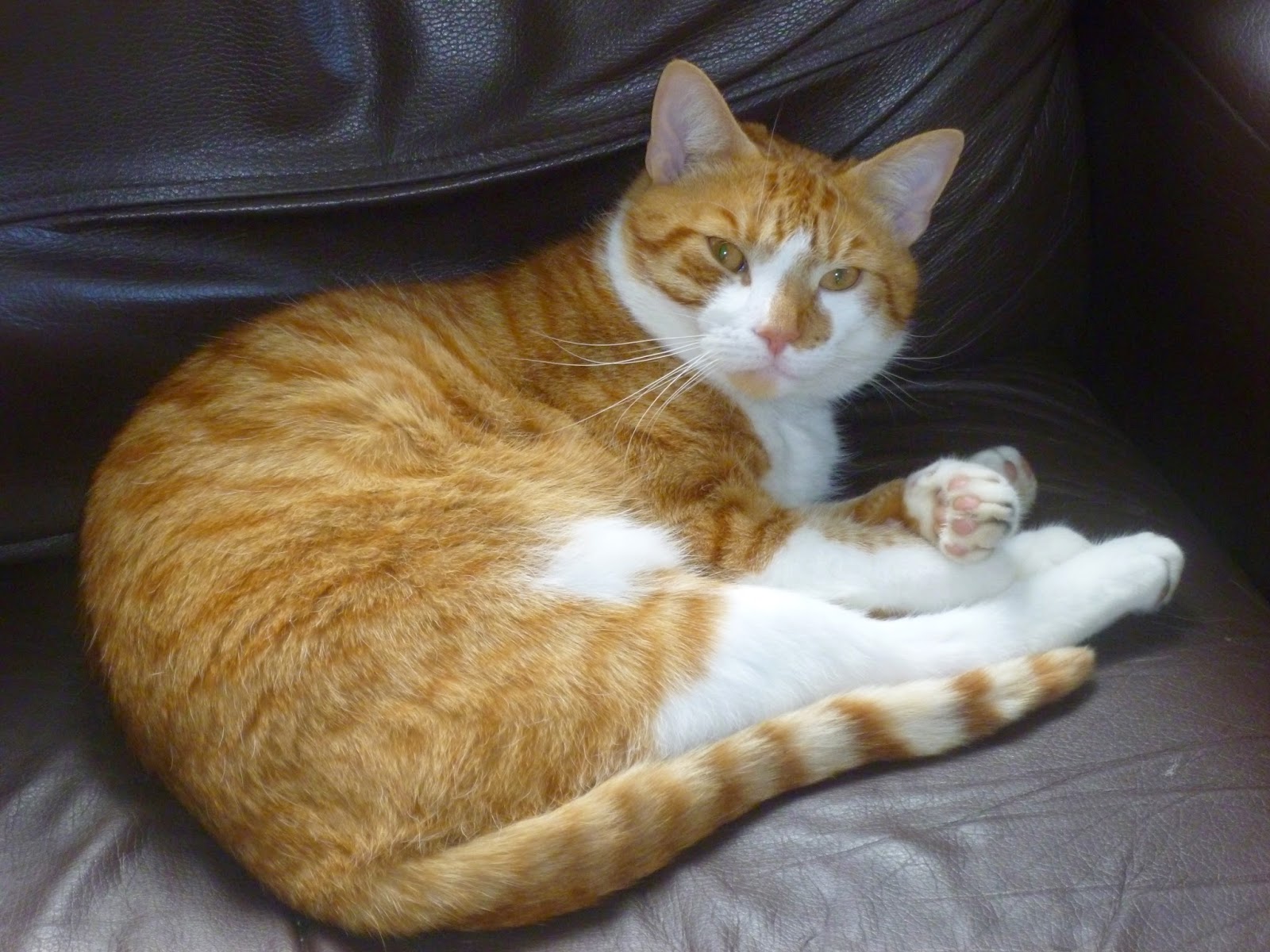 I decided to call Ginger's name ... and he opened his eyes long enough to give me a decent shot of one of the animals to end the post with.  :-)
Sue xx