Lovely Hubby does his once yearly shop..... 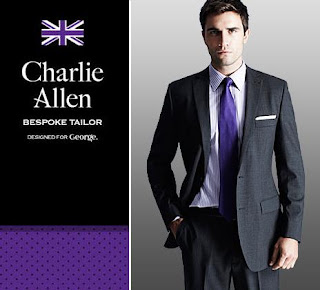 Lovely Hubby does his once yearly shop..... or how to kit yourself out for the business year ahead for less than £200.
Yesterday we took a deep breathe and set off for Asda, specifically for the Asda at High Wycombe, the nearest one to us with a clothes department.  We imagine frantic shoppers, tugs of war over bargain items ......but no...when we got there the store was bare.... well almost. 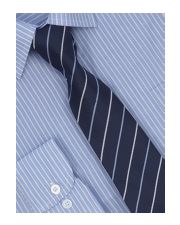 We perused rail after rail of clothes, a shoppers (especially sale shoppers) paradise.  Lots of merchandise all waiting to be snapped up.  What were we after, well once a year we need to re-stock LH with some smart work wear, he has made his last two (rather expensive) suits last for about four years, but now they are showing their age so this year we were after a suit as well. 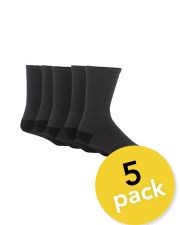 What we didn't expect was to get everything for under £200.  A bargain!! 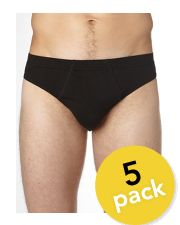 Our total haul - one suit jacket, two pairs of suit trousers, 7 smart shirts, 6 new ties, six casual collared T shirts, 10 pairs of underpants, 5 pairs of smart socks and 5 pairs of sports socks.
Only a couple of the T shirts were actually in the sale the rest were all at normal price.   Total spend on clothes £183, what an absolute bargain. 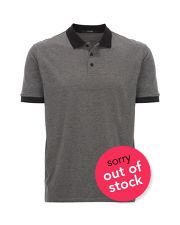 We kept our eyes firmly on what we needed and refused to be tempted by the cut price foody leftovers from the holiday season.  We re-stocked with a bit of fresh salady stuff and bought some bread and milk then set off for home with the rest of our hard earned cash still securely tucked in our pockets.


As we left the store, around 11.30 ish, cars were streaming into the car park, obviously the staff were in for a much busier afternoon.
Now with all the T shirts in the wash and the shirts washed and ready to iron, LH is all set for his return to work after his long Christmas break, very smart and with money still in the bank - result !

Today he is sorting through his wardrobe and moving everything 'down a level', that means the T shirts he already has get used for working on the farm, the previous 'farm' T shirts and old shirts (after removing buttons) get turned into cloths for dusting and tractor maintenance.  He owns four pairs of jeans, one pair new, one pair reasonably  good and two scruffy pairs for farm work and he has his smart leather style jacket for casual wear and a couple of body warmers and big jackets for working on the farm in and doggy walks. That's all he needs and more importantly all he wants.  His new buys will be given pride of place in the wardrobe and looked after well to ensure as many wears as possible.  He usually works four days a week at the office, so he now has eight smart shirts in total, plus a few short sleeved ones for the hottest days of Summer.

In some peoples eyes that would be exessive, in others it would be minimal, it suits us and makes life simple, I can wash and iron his shirts once a week, and so cut down on washing machine and iron use, and therefore electricity by having this many.
After our 'Year of Living Simply' this is a good start to our new year -
'From Simple to Frugal....and Beyond'
(one couples journey to jump off the consumer bandwagon)
More details to follow.
Sue xx﻿
Posted by Sue at 09:39

Labels: From Simple to Frugal ... and Beyond