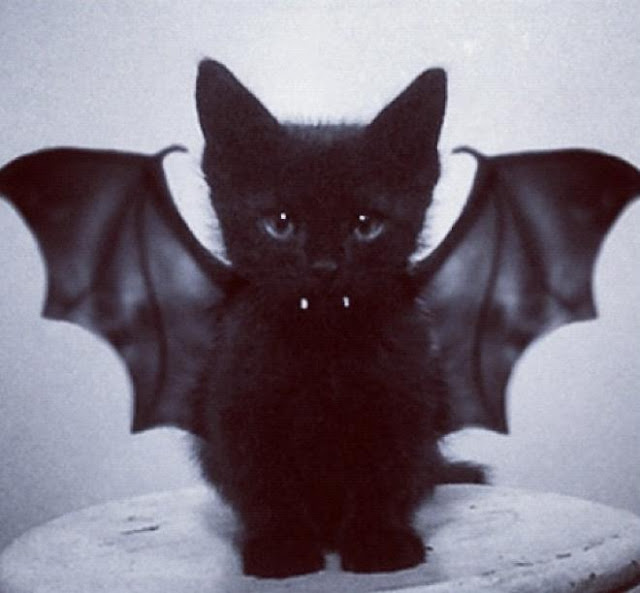 I've never really done a lot to celebrate Halloween.  When my boys were younger it wasn't the great big thing that it is these days.  'Trick or Treating' had only just started to be the big thing that came over from America, and although we had a few children knocking at the door it was mostly fun and few tricks.   The village Co-op refused to sell any eggs or flour to children ... which helped a lot!!

My younger son never wanted to get dressed up and trawl the neighbourhood for buckets full of sweets, instead he stayed home watched the Simpsons halloween special and hoped that not many children would come a calling.  He knew if I only gave away a few sweets all the leftovers would be shared out equally between him and his brother the next day, the older brother who  went out with his mates, knocked on a few doors covered in fake blood and scars and ate any sweets he managed to acquire before he got home and shared out our sweets with his brother.

It's a wonder either of them have any teeth left!! 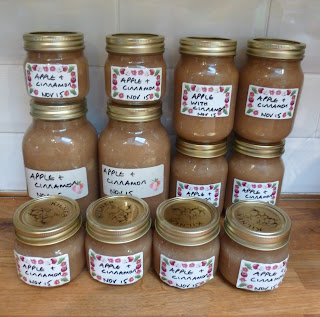 My halloween this year has been spent, weeding and re-planting in the polytunnel, labelling the jars of Apple and Cinnamon that I made the other day and trying to squeeze them into the now full to bursting preserves shelf of the larder cupboard. 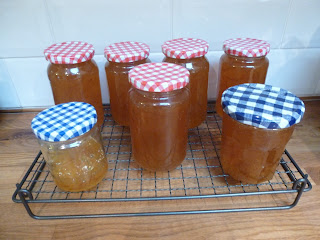 And knocking up a batch of Orange Marmalade, just the cheats version from a tin of Mamade that I had in the cupboard, but it tastes absolutely lovely.  The little bit in the small jar was spread over two slices of toast and sampled by us both.

All the sweetness we need this halloween ....