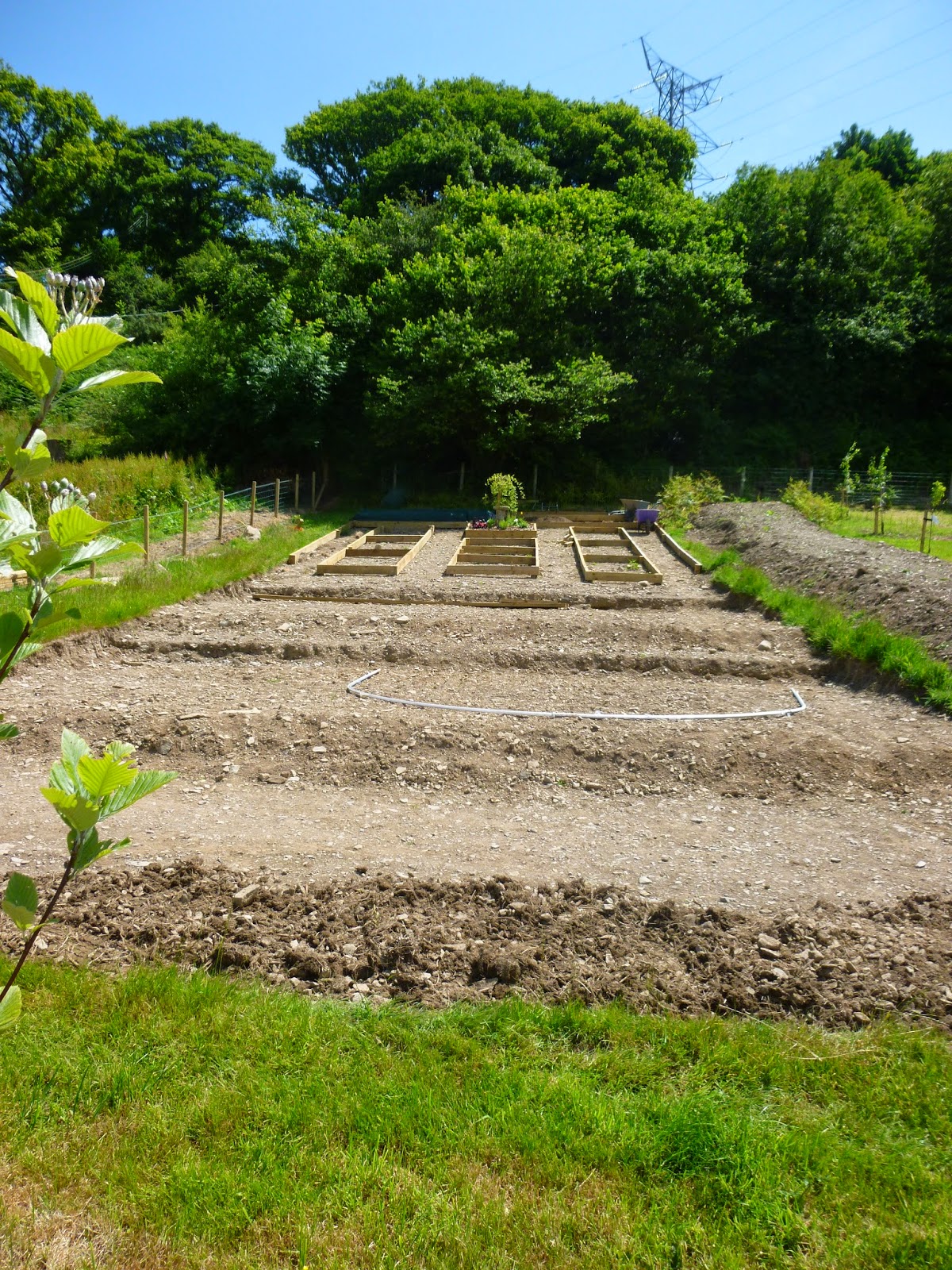 Dad's Bed looks tiny when looked up at from the bottom of the hill, it's still the most cultivated bed of the plot at the moment, but things are slowly changing. 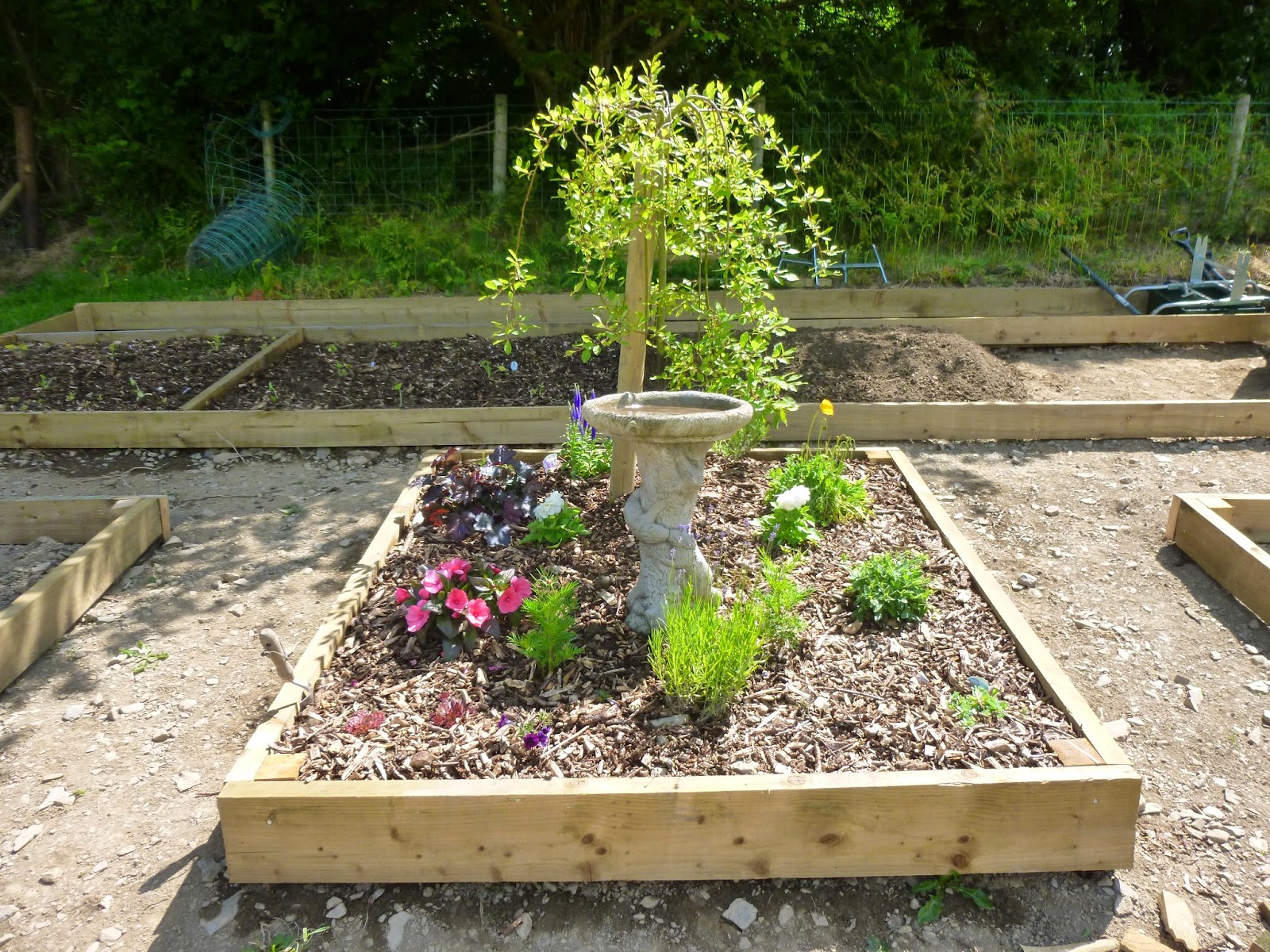 When you get closer you can appreciate the two metre by two metre size of it and the little oasis of colour that it provides.  The new plants that Mum bought to go in it  have filled it out even more and yesterdays rain has made them bloom even more than in this picture.  It is now a mass of colour. 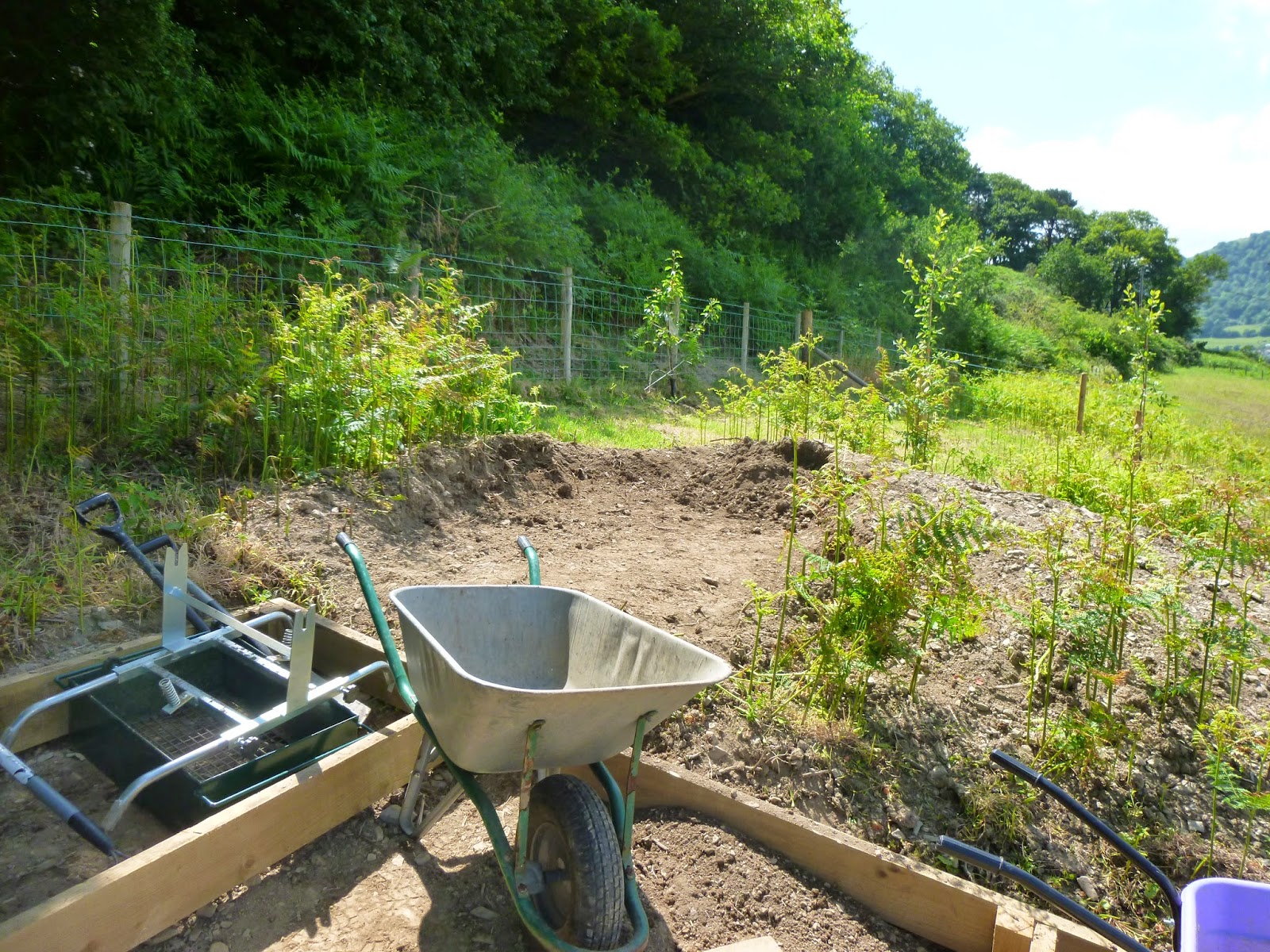 Barrowful by barrowful the other beds are slowly filling, it had started being really hard to dig out from the mound of soil as it hadn't rained here for almost two weeks, with the sun beating down n the soil it had got more and more compacted and harder to dig out.  But yesterdays torrential rain should ease this problem and make the digging a bit easier again - thank goodness! 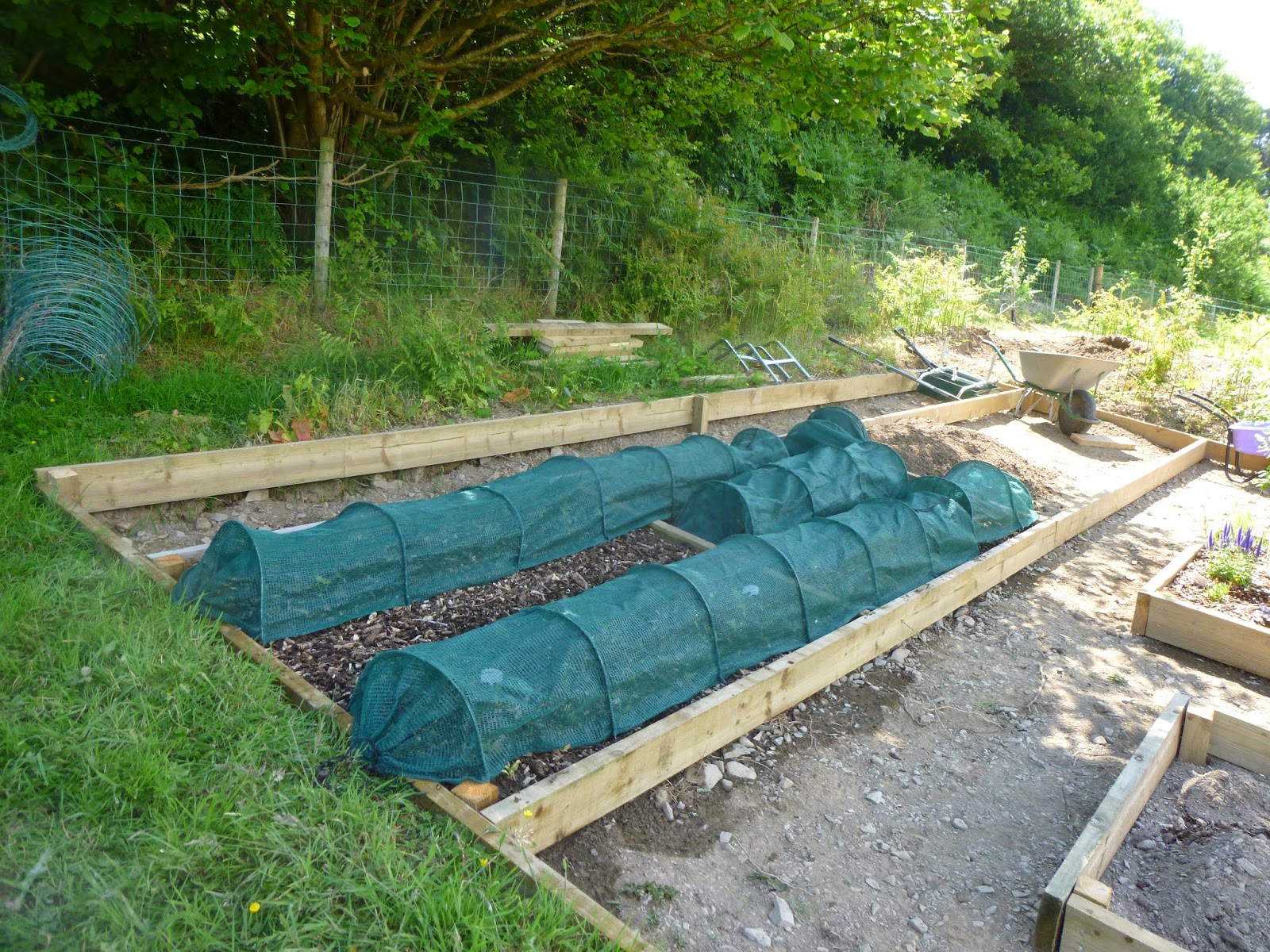 The two beds that are already full of earth have now been planted up, just with some green and yellow Courgette plants for now and a few Radishes that needed putting out.  It's a start. 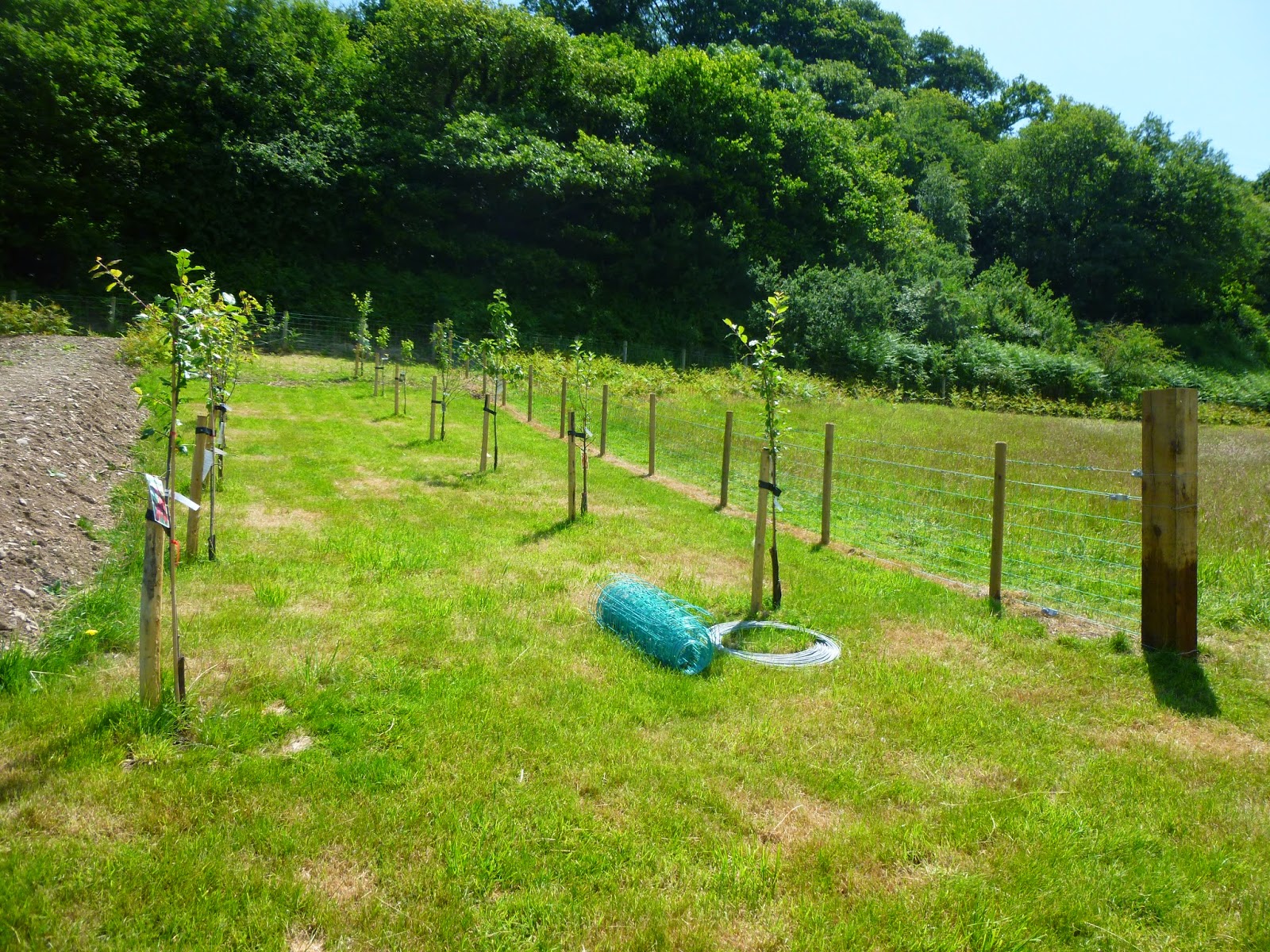 The fence line between the remaining paddock and the fruit trees is now completed.  Basic coated stock fencing with a strand of barbed wire at the top and bottom.  As usual Lovely Hubby has shown his fencing proficiency, he learnt by working with his Granddad many, many moons ago. 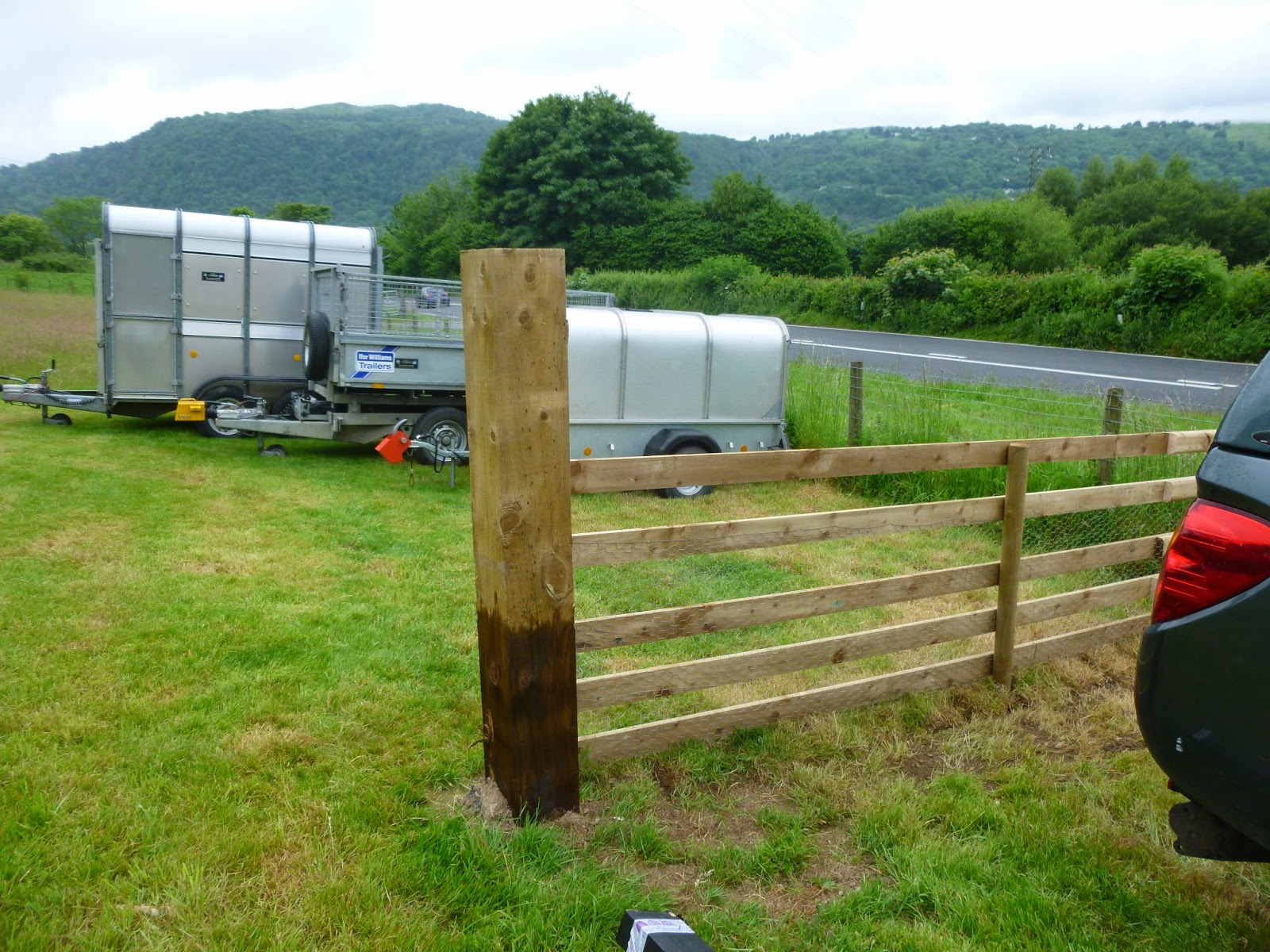 The smaller gap between the roadside fence and the gatepost has been filled with horizontal bars and a chicken wire base ... eventually ALL the fencing to this growing part of our paddock will have a chicken wire skirt, dug deep into the soil try to deter rabbits etc from gaining access.  We can't keep them all out but we can make it as difficult as possible for them to get in. 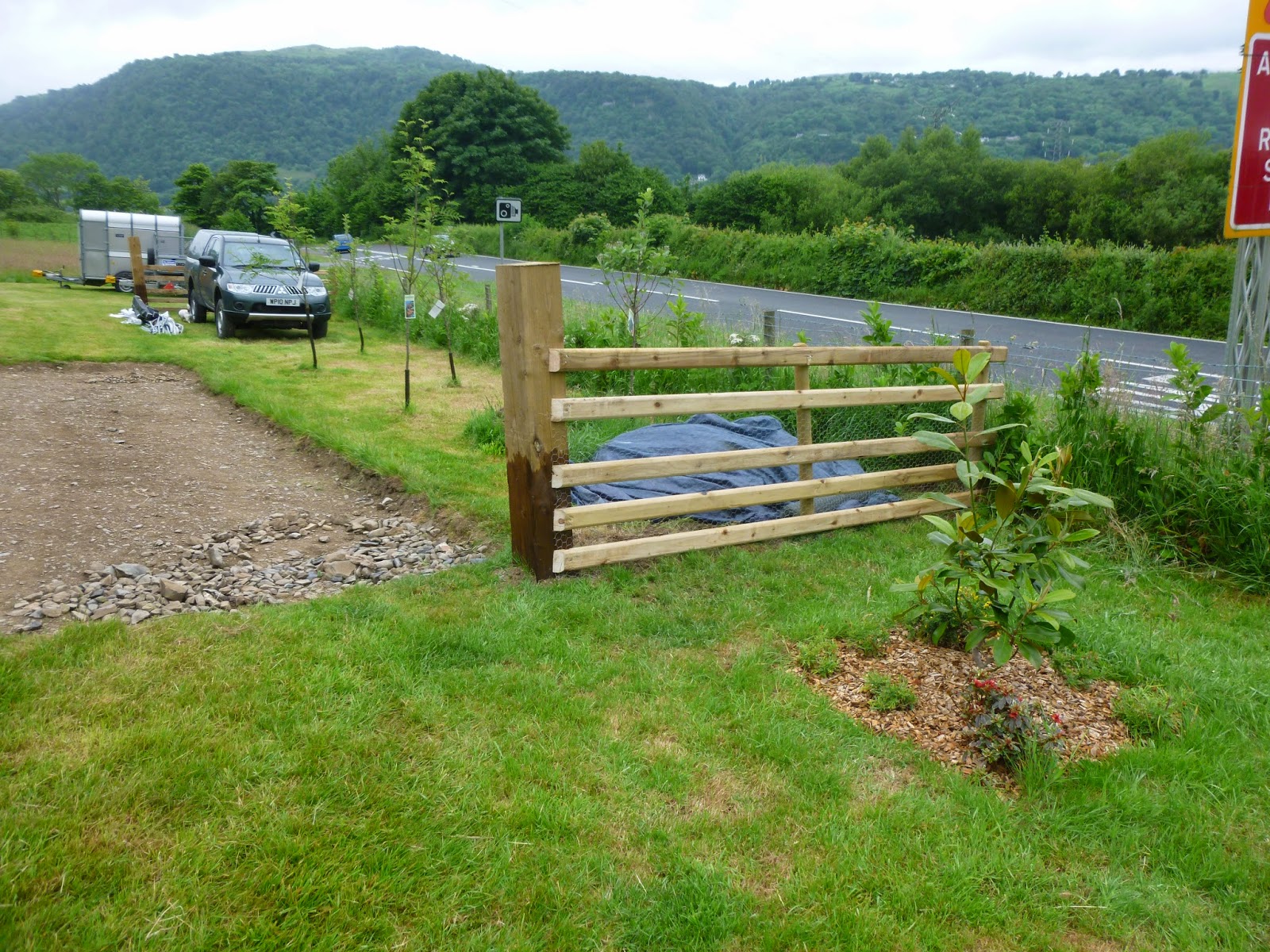 Once all the fencing is in place there will be two gates in each of these gaps, a smaller pedestrian sized one and a larger farm gate, that when opened together will allow access for vehicles to get to the paddock, something that will be needed for the final stage of our plans.
It's all moving along nicely., but the main tasks for this weekend are tidying up ones, mowing, strimming, weeding etc.  Sometimes it's nice to step away from the bigger jobs and create order out of natures rampantly growing chaos.
Yesterdays torrential rain was welcomed by us all, the trees have had a really good drink and all the greenery is looking even lusher than before ... oh and the water butt in Chicken World is filled to the top again just as I was about to have to start carrying buckets of water over to replenish their drinkers.
Have a good weekend, work hard, play hard and laugh lots.
Edited in less than an hour later!! 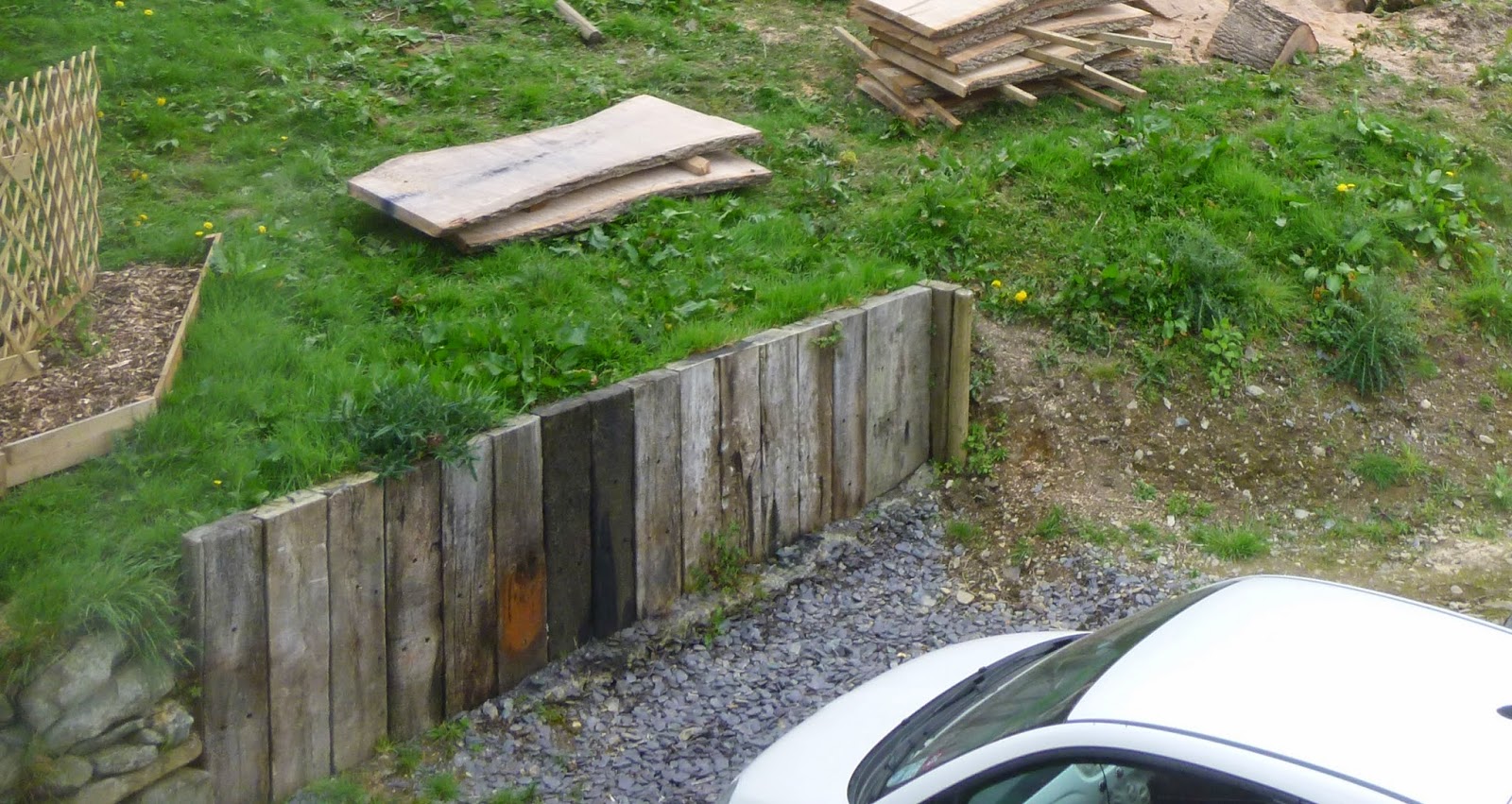 Just as I was pressing 'Publish' on this post Lovely Hubby took a nasty tumble off these sleepers that hold back the bank of earth at the back of the house. They are around four or five foot higher than the lower level, so when you come off them backwards ... almost followed by a heavy petrol mower that you were trying to push in the other direction it's a bit of a shock to the system.
(The wood isn't there anymore, this is an old photo of the area.)
He's okay, just very sore ... but one thing we will not be doing any more of this weekend is 'working hard or playing hard'.  He's currently soaking in a hot deep bath to try and take away the aches.  I'm guessing tomorrow he will be a mass of bruises.
And all he said was 'arrrggghhh' !!
Sue xx