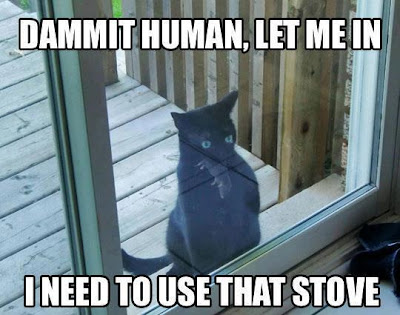 It's not funny here at the moment, virtually every day I have to try and save the life of a baby bunny.  The two cats, Archie and Ginger once formerly two single boys doing their own thing, have joined forces and become a lean, mean murdering machine.  The mistake they were making was that they brought their victims back to the house to play with.
Now Ginger is a lovely puss cat and if I go up to him while he has the poor little defenceless baby rabbit in his mouth he drops it immediately for me to see, he's always willing to share his food with Mummy, and then I can distract the cats and return little baby to the great outdoors.  But if Rosy, the Jack Russell spots the cats with 'lunch' before I do the poor creature has no chance, one flick of that Jack Russell head and it's dead, which is better I suppose than being played with and tormented to death, but not good overall for the little creature.
Yesterday while hoovering the living room I spotted a furry thing on the floor, not knowing what it was I bent down to pick it up, and luckily for me stopped at the last minute, it was a little bunny rabbit tail.  So one of my murderous trio has had a snack in the living room - yuk, yuk, and treble YUK!! 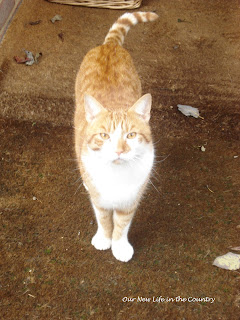