Mother ...and a Frosty Morning 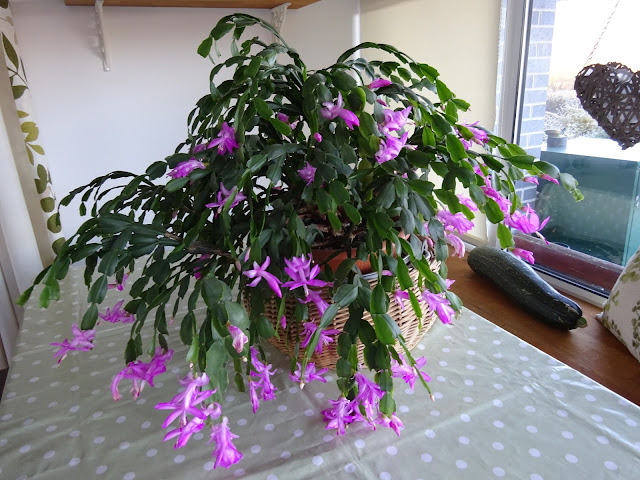 Mother is the name we gave our Christmas Cacti when it came to live with us after living previously with Lovely Hubby's Mum and before her, her Mum ... it just had to be 'Mother' didn't it ... it couldn't simply be the Christmas Cacti   :-)

After a break of about three months she is back in glorious flower and bringing a shot of the most beautiful colour to the room off the kitchen.

Yes, that's a Marrow in the background, the last one that was harvested before the frosts struck. 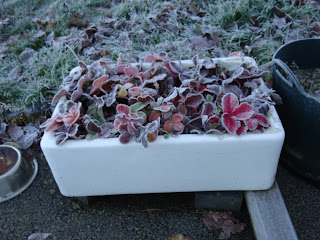 And talking of frost, we woke up this morning to a magical white wonderland of thick, thick frost. 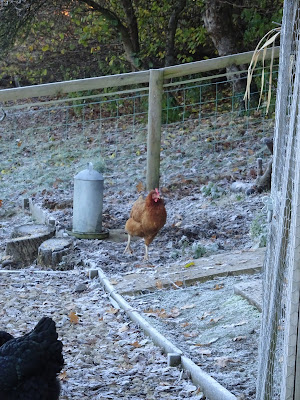 The chickens water had to be thawed, not once but twice. 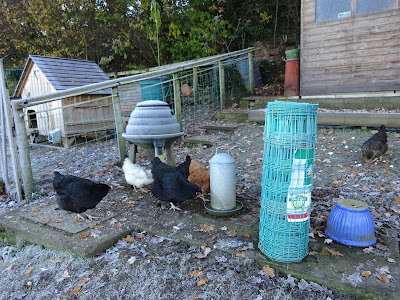 And with a big snack of corn in their tummies and warmed water to drink they were happy to mooch around in the chilly November sunshine.

Keep cosy and warm this weekend, and thank you for all the lovely comments yesterday.
I am off out now to try and hunt Chris down, it's going to be another freezing night tonight.

Edit:  I went to Llandudno and immediately found Chris who was thrilled with his early Christmas presents, while we were chatting another guy came up, gave him a pound and said he had a nice warm jacket that was about Chris's size that he would drop off off next time he was passing if Chris wanted it ... he did .  Nice things happening to a nice guy for once   :-)