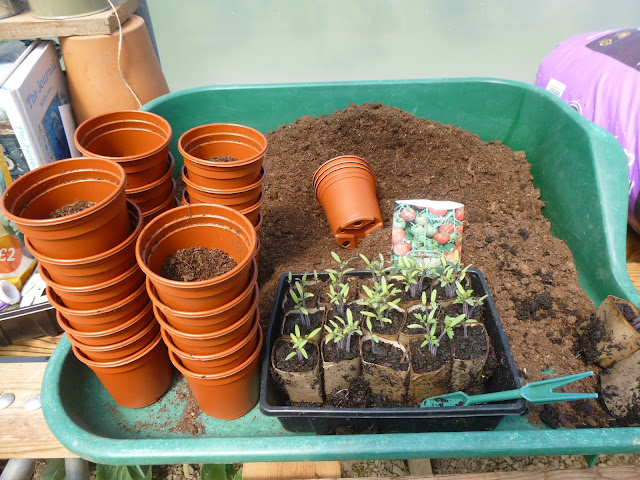 Today is seeing me a drippy, sweaty mess in the polytunnel, working at 30 degree temperatures to pot on my tomato seedlings and put the larger ones into their final resting place in the Gro-Pots. 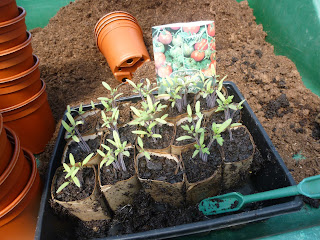 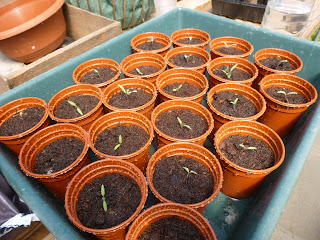 And I really wanted to show those of you who are a bit dismayed at the lack of growth on your tomatoes compared to the plants you are seeing in the shops that all is not lost.  I have lots of tiny little seedlings that are only just going into their first sized pots after being started off in toilet roll inners. 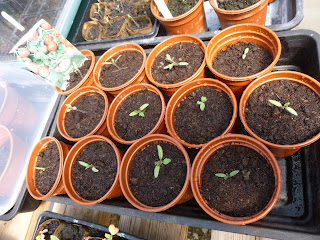 The variable weather and chilly nights in the polytunnel has kept the growth checked but they will soon pick up now that we have had a few days of sunshine, even though they do look so ridiculously teeny, tiny now they are potted on individually. 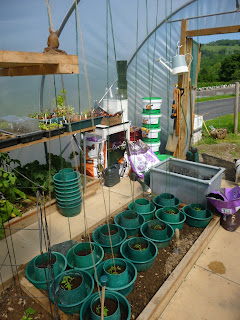 These are just some of my 'Golden Sunrise' tomatoes.  I grew these last year and the flavour is amazing ... and they won me a couple of prizes at the two flower shows I entered with them. 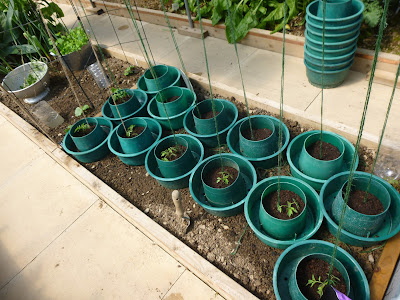 This year instead of staking them I am going back to my 'greenhouse' method of allowing them to grow up strings that I have tied to the polytunnel cross frame bar.  They will need tying in a little bit as they wind their way around the string but it means that there is no mass of bamboo canes cluttering up the polytunnel.  We'll see if it works as well en-masse as it did in a single row in the greenhouse. 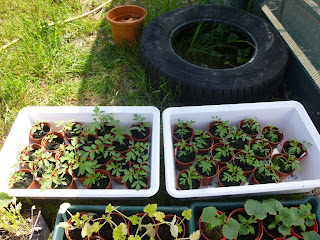 I have to admit to sowing far too many tomato seeds once again, and there are lots more plants waiting to be planted.  Some of them will be going in the net tunnel when I have hardened them off slightly,  and some if they put on good growth in the next month will be taken to the car boot sale with us to make some extra cash.

Oh well this has been a nice little computer break ... but now it's back to work.

Hope the sun is shining for you today too.