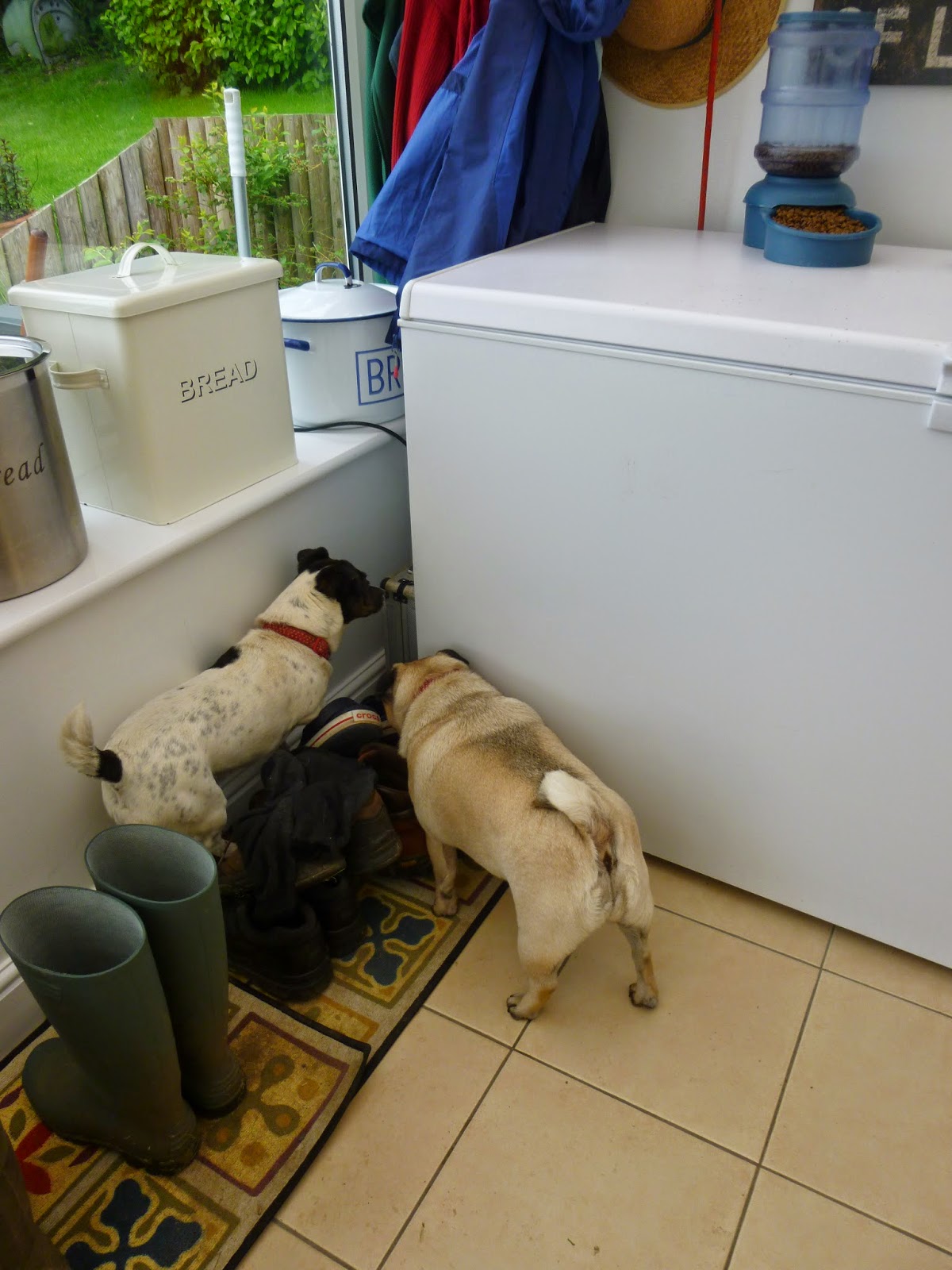 There's definitely a mouse in the house (to put it in a slightly more English way), the dogs are going potty, well I say dogs but it's just Rosy really. 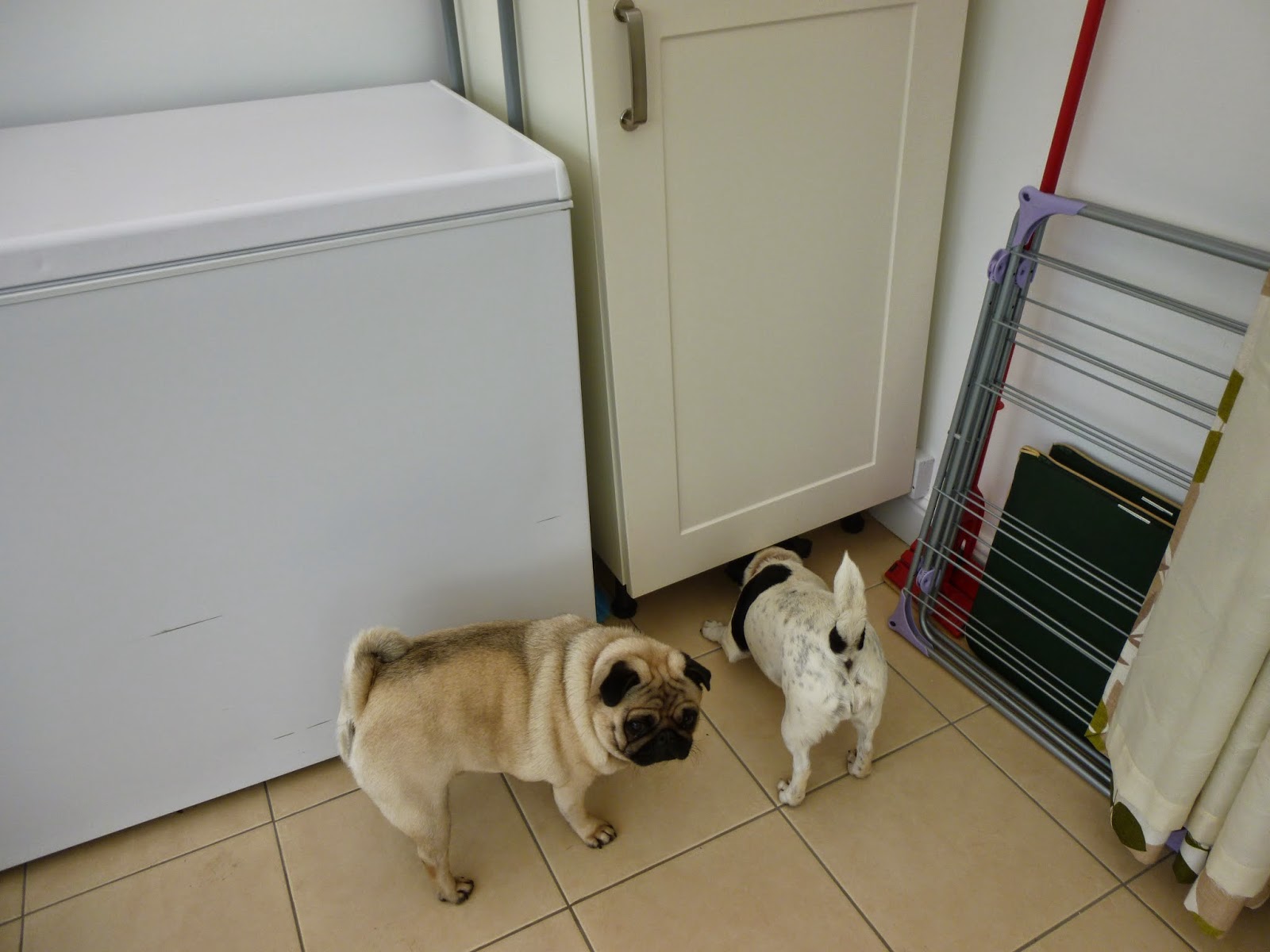 Suky would quite happily live with a mouse, as long as it shared it food with her occasionally. 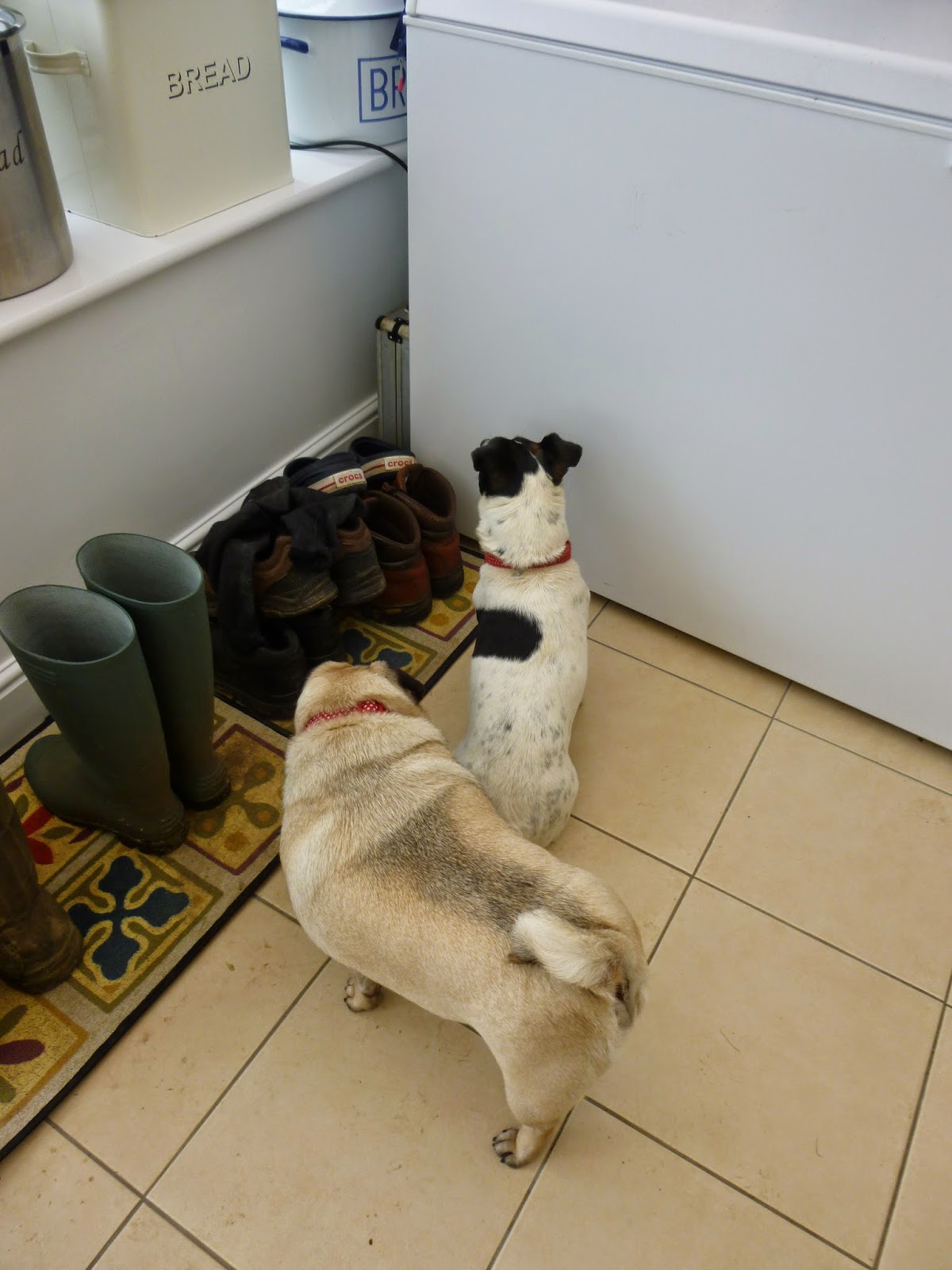 As it is she follows Rosy from one side of the room to the other over and over again, not really knowing what she's supposed to be looking for or actually doing.  After a while she comes back and follows me round again or sits at my feet while I work,  to her it makes much more sense after all Mum doesn't spend half the morning barking at the cupboard door that hides the washing machine!!
By the way mice don't bother me in the slightest, so it's no big deal, as long as it doesn't chew through any wires.  One day in the not too distant future it will either make a bolt for freedom and get back out the way it came in, or end up as a tasty snack for Rosy or Ginger.  Poor little thing, I hope it's the former rather than the latter..
Sue xx