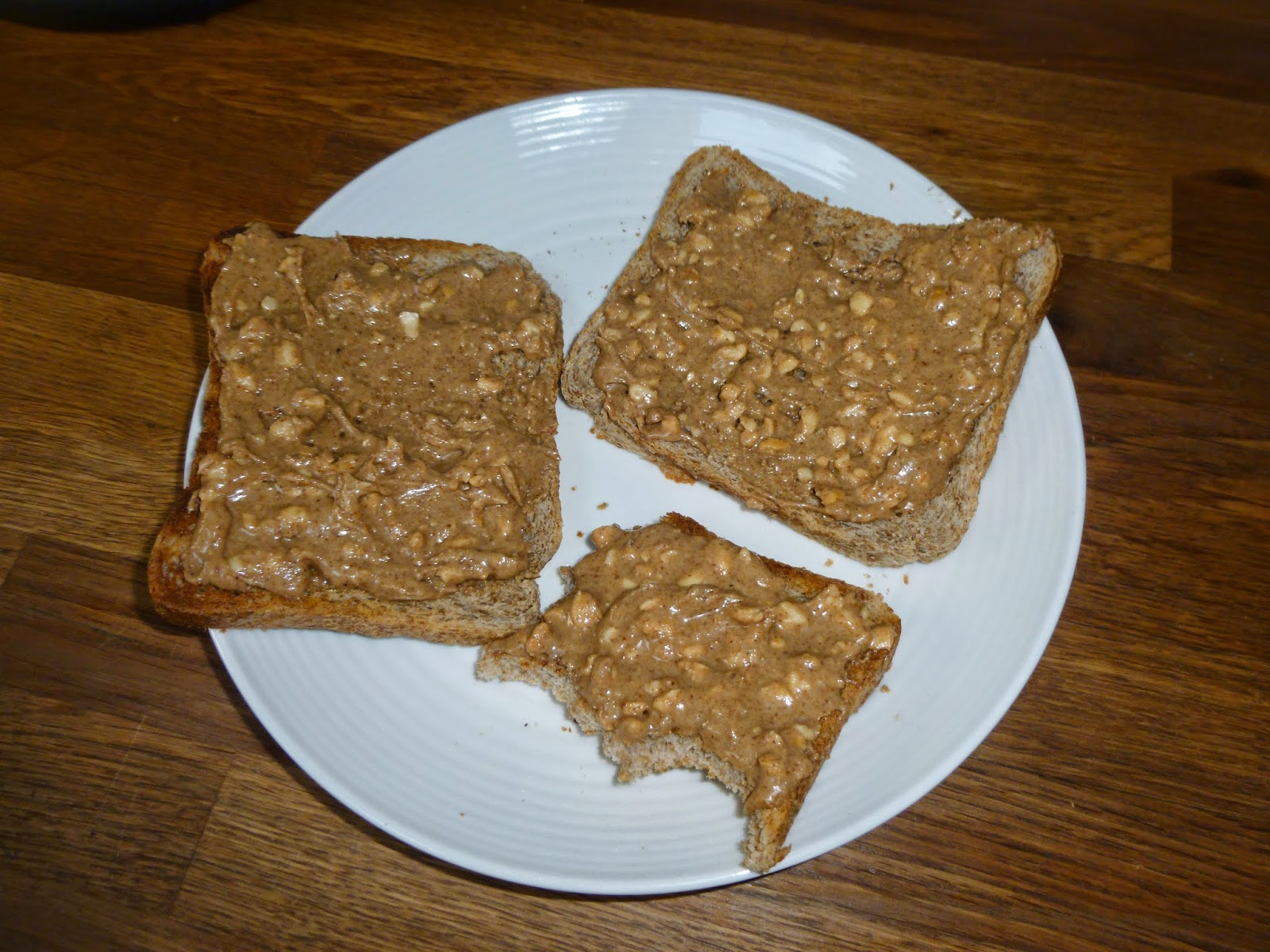 That's it .... I've officially had enough of Peanut Butter on Toast!!
It's nice that I can say that and not have to eat it for a while, imagine if this was something you had to eat out of necessity rather than because you were doing a challenge or actually wanted to!
Doing the Live Below the Line Challenge all this week has really brought it home to me the difference between wanting to do something and having to do it.  Most of us are so lucky to have that choice.
﻿ 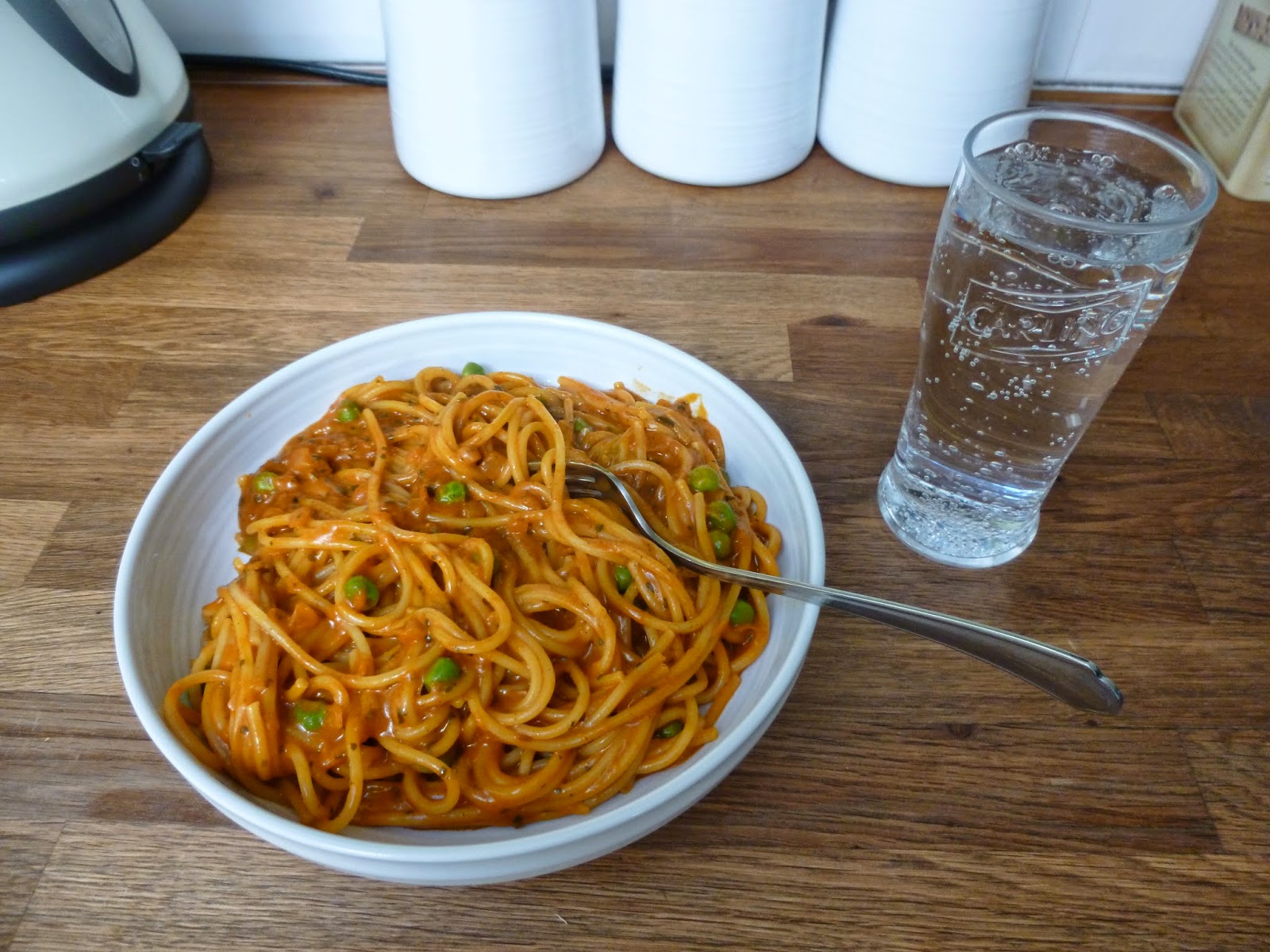 Lunch was Spaghetti with Curry Sauce and a few peas added in for colour and veggie content.  It was actually very tasty and I'll be buying this curry sauce again, at 20p a jar you really can't go wrong and it gives me free jars for my own homemade sauce making later in the year. 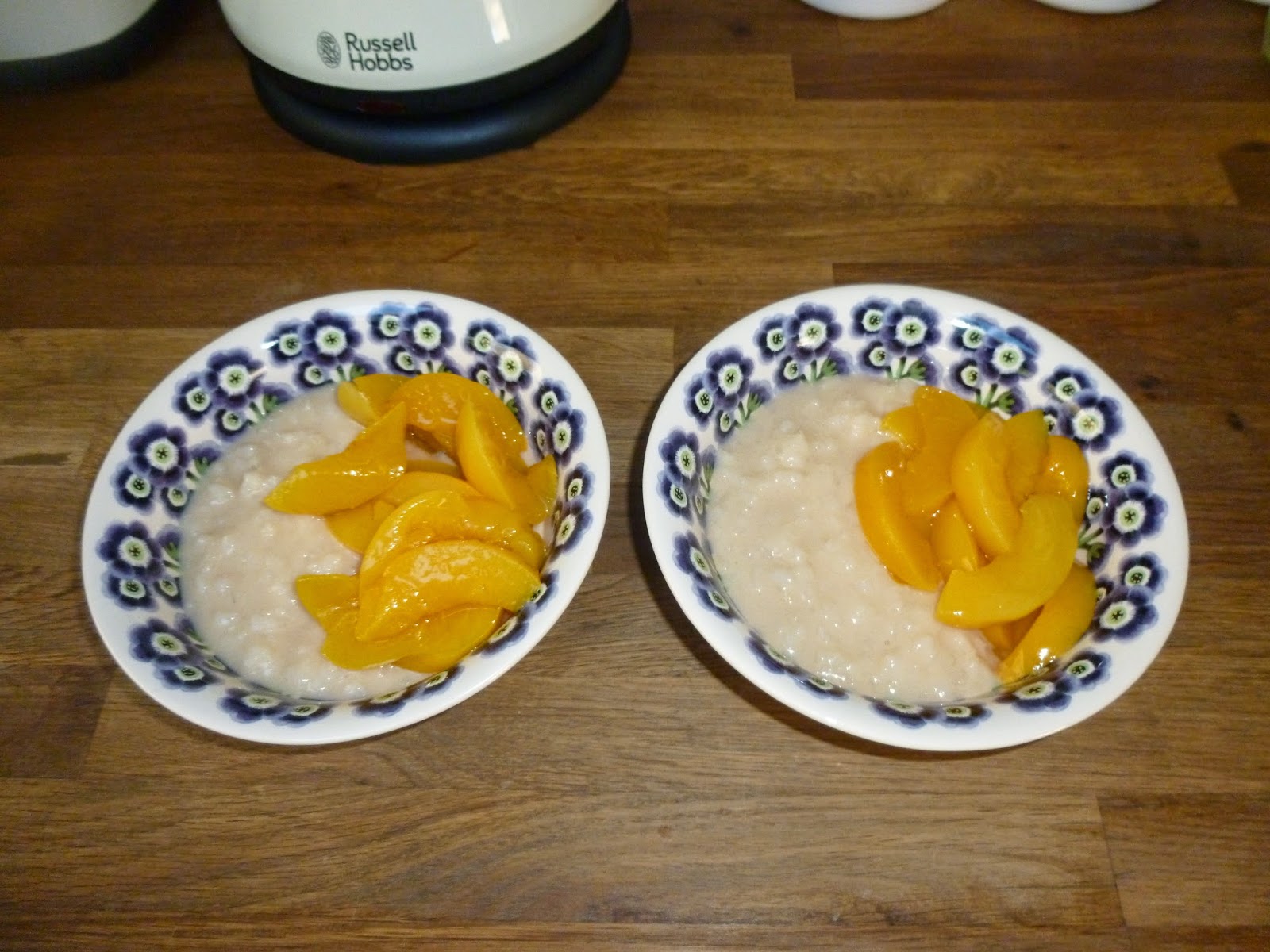 For tea I finally had the tins of Rice Pudding and Peach slices that I had originally bought to have as desserts, not realising that I don't really eat desserts any more.  I've just got out of the habit or maybe, rather depressingly it's because my sweet tooth has diminished with age ..... did I really just say that!!
Going out with a flourish I decided to share with Lovely Hubby, who thoroughly enjoyed it eaten cold like a Mueller Rice style dessert.
So how does my food stock look now? 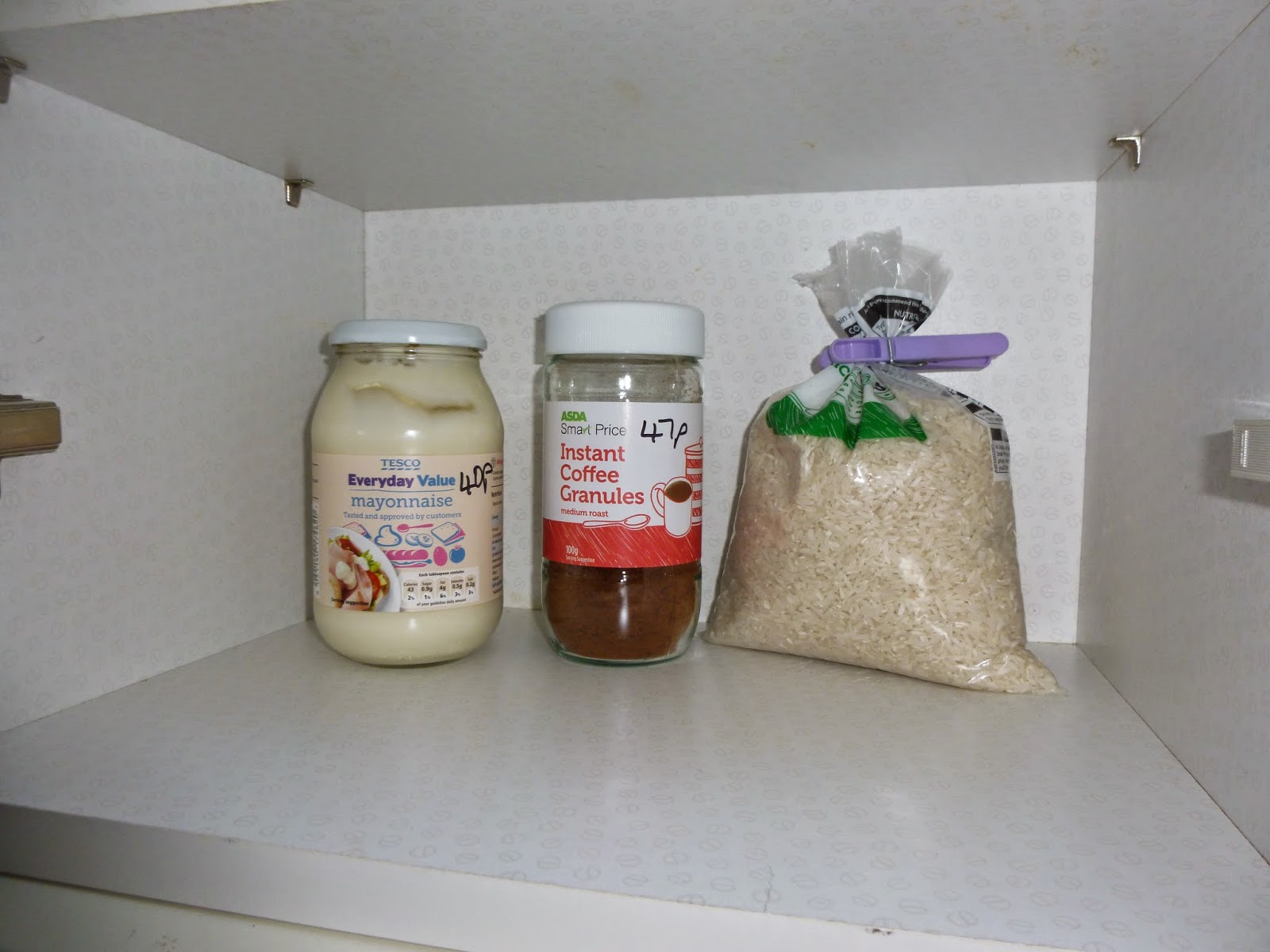 There is just mayo, coffee and rice in the cupboard (the mayo was moved from the fridge for the photo and then put back) ... 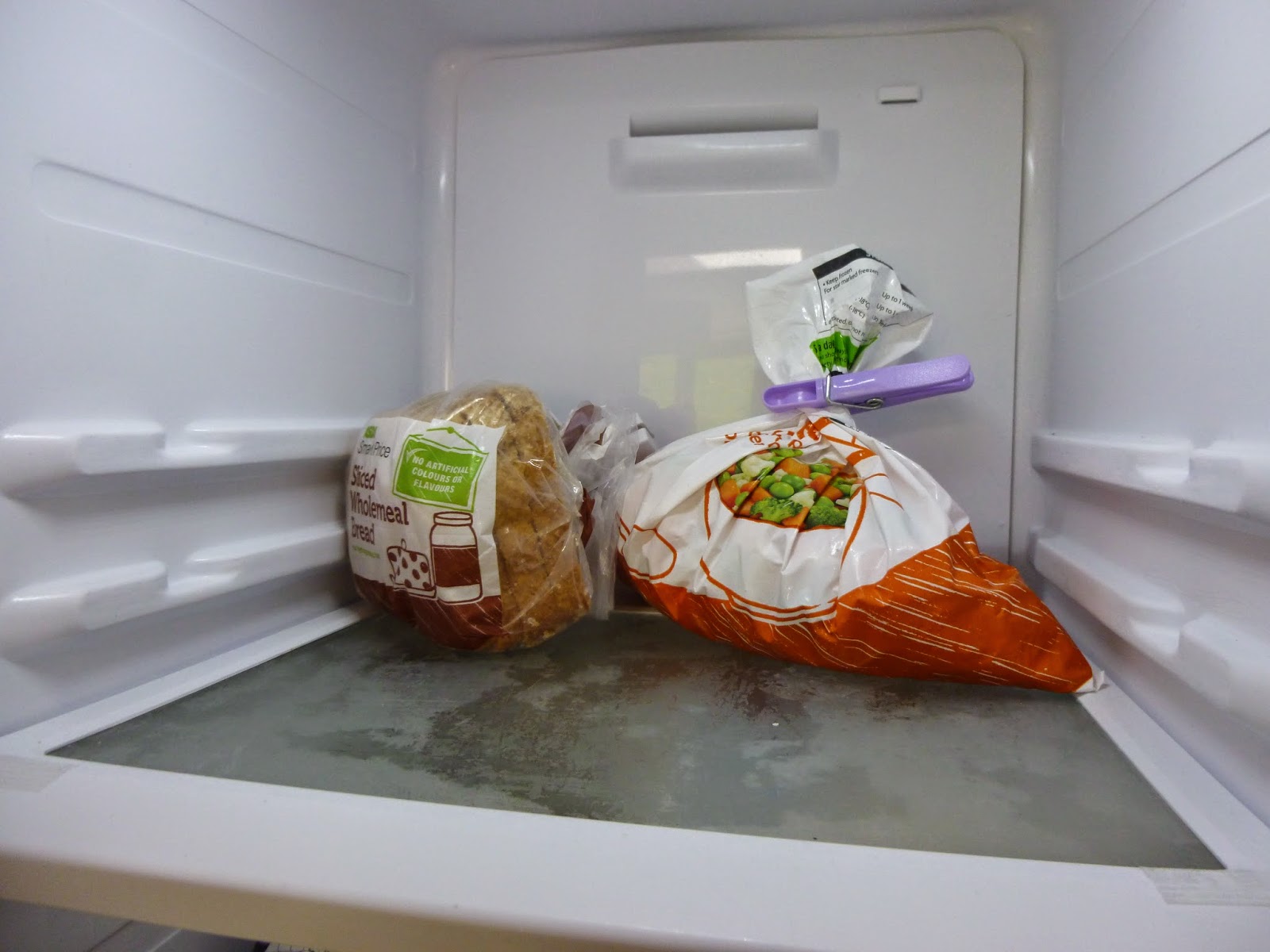 ... and four slices of the bread and the rest of the veggies in the freezer. 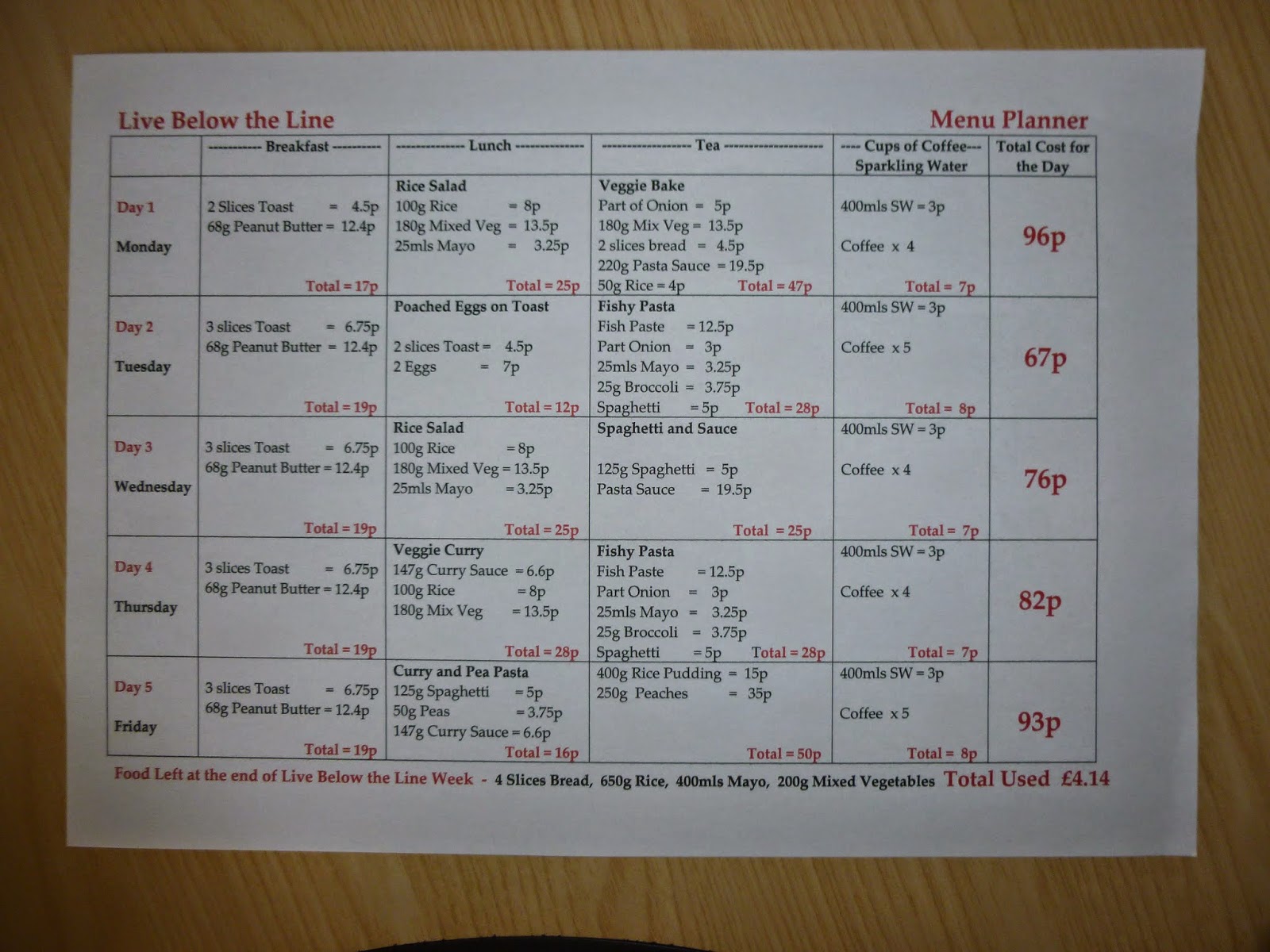 Here's the final meal plan and costings all filled in - you can click on the picture to make it even bigger and more readable.
Thank you for following my progress over the last few days and a massive Thank You to all those of you who took the time to nip on over to my fundraising page and make a donation to the 'Send a Cow' charity that I am supporting this year.
Every time I've gone on to the page to read your messages and watched as  the amount crept up I've felt so humble and grateful.  You are amazing, thank you so much.
For the final time the link to my page.
Sue xx
﻿
Posted by Sue at 08:00

Labels: Live Below the Line