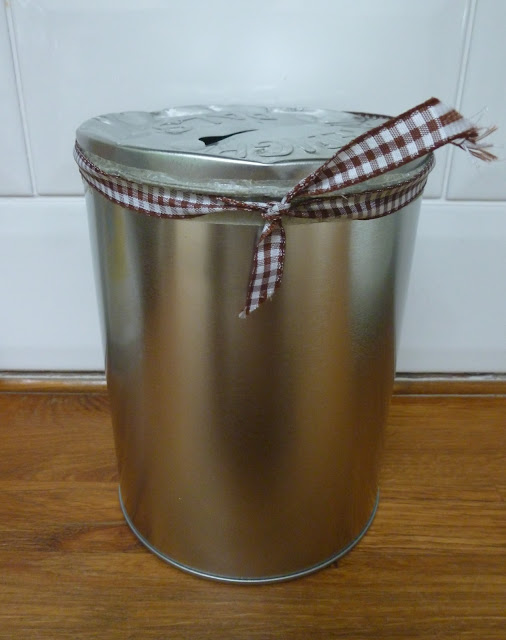 We've been taking part in a Sealed Pot Challenge since a blogger called Julie (SFT) started it back in 2011.

The basic idea is that you have a pot of some description that you can't get into and put all your spare change or specific coins that you like to collect into it and empty it out at the end of the year, using the hoarded cash for a treat or something specific for yourselves.  Having it sealed or stuck up in some way really does deter the checking of amounts or pilfering of contents so your little cache builds up nicely and also gives you a lovely surprise each December.

The date for opening of everyone's pots was always Julie's birthday the 3th December, which rather nicely for us coincided almost with our wedding anniversary which is on the 4th, so it made sense even when Julie stopped blogging and running the challenge for us to continue with this as the opening date. 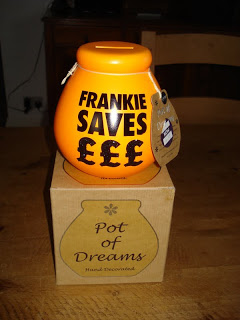 We have had many variations on the Sealed Pot, the first was this lovely number ... 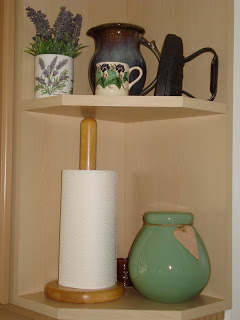 .. which I bought for half price because of it's shocking Day-Glo colouring and painted up to match our farmhouse kitchen.

In this one during 2011 we managed to save £258 in £2 coins and we used the money to buy Oxfam gift packs for family members for Christmas (goats, safe drinking water, hygiene kits and tools etc). 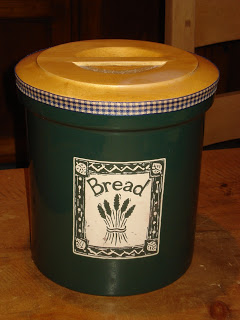 The next incarnation, for 2012 was this one ... because we obviously had to smash the first one to get at the coins.  This netted us £480 again all in £2 coins, which spawned a shopping challenge to see how long we could make it last as housekeeping money which we called 'The £2 Housekeeping Challenge' ...to make us focus and spend as little as possible only the actual £2 coins were used to buy shopping ... we made it last until the following July. 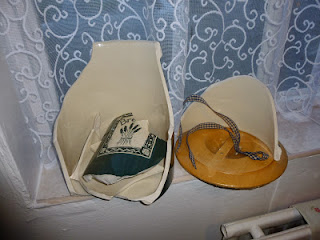 We were obviously able to seal this one up again and during 2013 we used it again managing to save £371.27, this time in a mixture of small change and with fewer £2 coins.  This money spawned a whole new Challenge, indeed it spawned a whole new blog '365 Days - £365'.

Sadly though, as you can see in this picture, after emptying it and just before we moved to this house the Sealed Pot had a very unfortunate accident.  It fell off the windowsill and broke into many unrepairable pieces  :-( 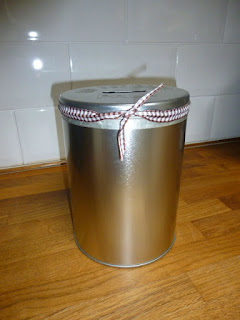 A new pot had to be found!!

Enter into the picture the tin we are still using to this day.

The first year it was in a pristine condition and when we opened it in December of 2014 to find a smaller than previous total of £61.21.  This spawned a 'mini-challenge' to see how long we could make this last as housekeeping money. 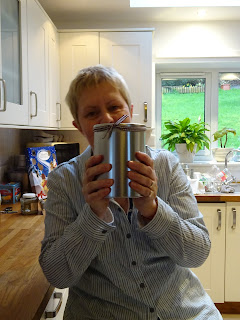 The next year, 2015, saw it a little bit battered (that double sided sticky tape is a b*gger to get off)
but over the course of the year we had managed to save a grand total of  £328.71 which spawned another stand alone blog for 2016   'A Year Without ...' when we used the Sealed Pot money along with Nectar points, coupons and vouchers to pay for our daily housekeeping 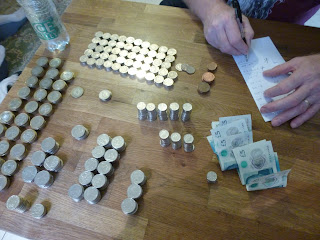 The same tin was used, in it's now even more battered state, all through 2016 to save up again, but in December of that year I decided to close both blogs down and give up blogging for good.  Although obviously as you are reading this it turned out to be a temporary thing ;-)

For a change we decided to spend the money on ourselves, we had a grand total of £449.60.  We split it down the middle, I bought a dress and a couple of pairs of shoes for myself and Alan treated himself to a new power tool and it's accessories, the leftover cash paid for a nice meal out for us both.

Of course even though I thought I wouldn't be blogging anymore we are so used to doing this after all these years, that the tin was resealed and was back in use immediately .  Over the course of this year it has been fed with all sorts of coins, including once again a good number of £2s.  I was sorely tempted to open it up the other day, as it is so full that we have to give it a little jiggle to get any new coins in, but I fought the urge and decided to weigh it instead. 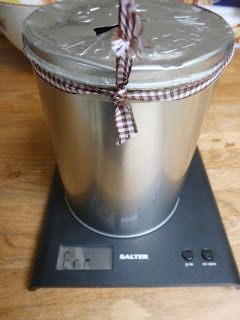 My normal scales said "err... get off you're too heavy". 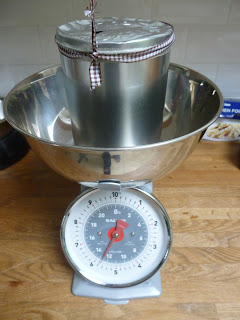 I got out the other scales.  It turns out we have almost 6kg of money, I wonder how that will convert to actual hard cash?

So what are our plans for this cash?  Well we are in the early stages of thinking up a Challenge for next year, something along the lines of the previous ones, as we need to have a real cash saving, money scrimping year next year with the idea that we can then pay off the small mortgage that we raised on this house which we took out to buy our investment/retirement property eighteen months ago.

Fingers crossed that 6kg of coins is a good amount then ... and roll on the 4th December when I can finally prise the lid off and see what we actually have available.

How many of you joined in with the original Sealed Pot Challenge or do something similar now?