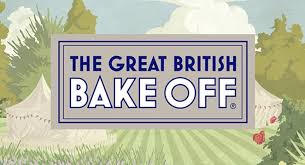 While I've been laid low with my bad back I've been surfing from sofa to chair, to office chair to kitchen stool, but whenever I've been on the chair or sofa in the living room I've been glued to the television and the Great British Bake Off.

As well as the new series being on every Tuesday night, Really channel has been showing daily re-runs of previous series.  So far I have watched my way through series three and four and today they have just started on series one .... I don't know why they chose to do it out of order like this unless of course I have missed a first showing a few weeks ago!! 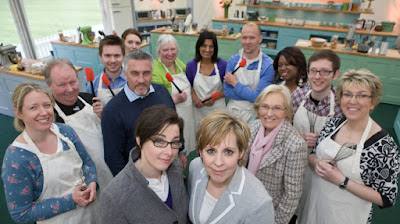 I have never seen series one before so I'll be particularly glued to this one.

My first thoughts were that Paul looked exactly the same, somehow Mary looks older ... and much less polished,  and the format is slightly different with the tent being moved from town to town for each episode as well as there being only 10 contestants.  It's going to be a good watch  :-) 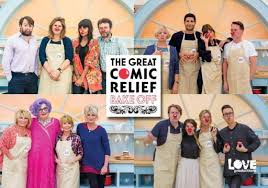 I also watched my way through the 2015 Comic Relief specials that were shown Monday to Thursday this week.  It was so lovely, but also sad to see the beautiful Victoria Wood in action. 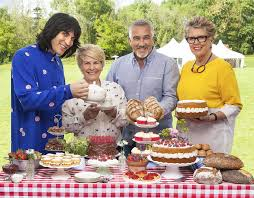 This years series is going great, I watched the first episode out of curiosity expecting to dismiss it straight away as second best but I was hooked from the first five minutes.  The newcomers really do make up a good team.

What is your opinion on the new series ... and is there anyone else watching the old re-runs and enjoying them as much this time as the first time around?