Bringing In the Cabbages 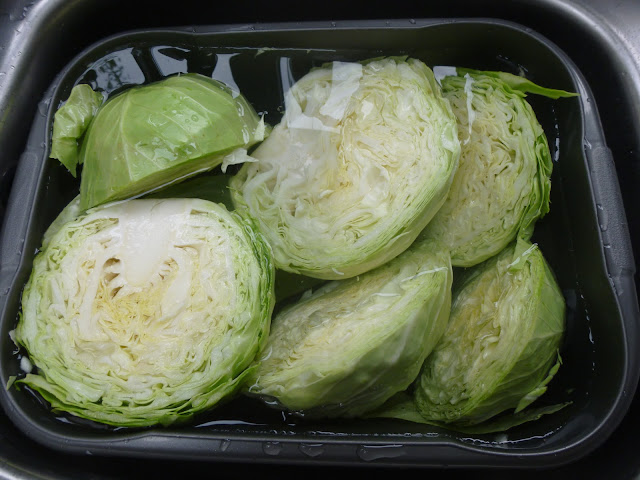 The high winds of the weekend took one of my little net wigwams off the Veggie Patch under cover of darkness ... where they took it too I have no idea, it's completely vanished ... so the cabbages that were safely nestled under it have been exposed to the elements and the critters that live on the hill, that last bit sounds like something out of a horror movie doesn't it  ;-)

Alan even walked along the road looking for the wigwam but no luck!!

So I had no choice but to start bringing the cabbages in and processing them.  This first lot were soaked in salted water, rinsed and then shredded and whizzed in the salad spinner before being frozen as they are.  As we should be eating them over the course of the Winter I thought I would see if I could get away with not having to do a mammoth blanching session. 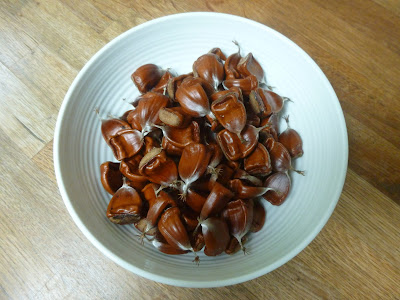 The Sweet Chestnuts in Nut Wood were falling off the trees so they have all been brought in and taken out of their very prickly coverings.  This is the first proper crop from these trees, we were really pleased to get so many/ 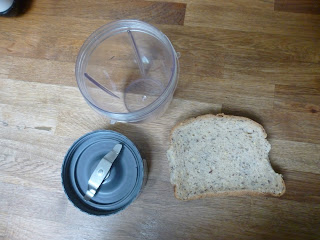 In other news ... I still don't waste anything and this lone crust was whizzed in the Nutribullet ... 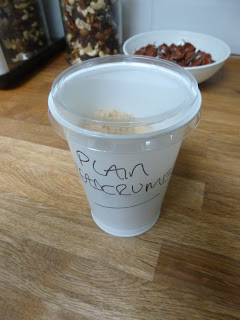 ... just three seconds later and I had a tub of breadcrumbs for the freezer, the next crust I get I'll do the same to and fill the tub up to the top  :-)