Where Did August Go? 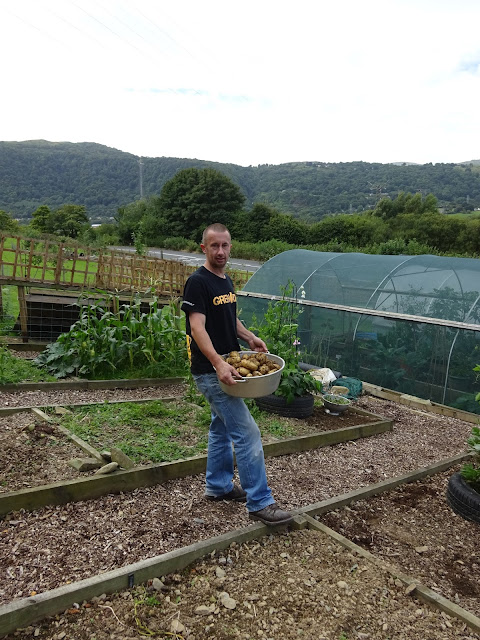 Okay hands up who stole the end of August ?

Time has whizzed by so quickly and I simply have not been in the office and on the computer to be able to do a blog post since last Monday.  The Bank Holiday here in the UK flew past with jobs being done, things caught up on and bumper harvest being brought in, and prepped for storage as well as consumed by us for tasty meals.  Then suddenly, it was back to work for Lovely Hubby and a change of man about the place with the arrival of my eldest son Simon. 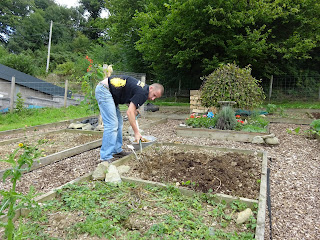 He mucked in like the trooper he always is, cleaning windows, entertaining pooches and digging up the last of the potatoes, while I tackled some of the weeds that have taken up residence in the veggie patch and faffed about producing jars of Plum jam.  It wasn't all work though, and we spent a couple of evenings watching tele, catching up on news and on the Wednesday both going for lunch in Manchester with Mum.  Me and Mum decided Simon could be an honorary 'lady who lunches' .... although he didn't have to wear a frock ... well that would have been so wrong with me living in jeans virtually 24/7  ;-)

Now it's all swap again with Simon back home to Workington and busy decorating his new flat and Lovely Hubby back home after the shortest working week for a while,  currently moving piles of chippings from the far field to top up the pathways around the raised beds in the Veggie Patch. 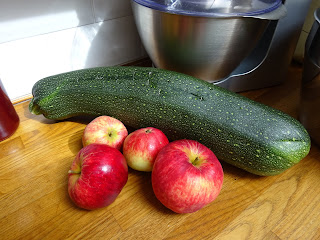 Oh, and I took my eyes off the courgettes for a couple of days, and now I have marrows.  EVERYWHERE!!