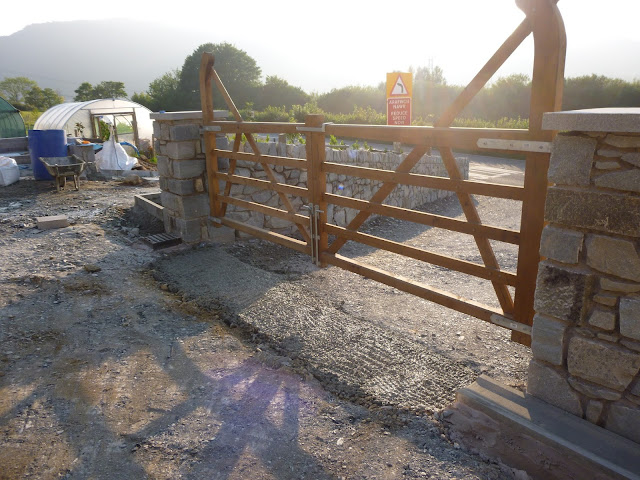 This week has been mostly about getting the edgings in place.  The tarmac is due to be laid/poured whatever the correct description for the covering of the driveway with the foul smelling black stuff is, at the end of the month.  But first we needed proper edges all the way around the perimeter of where it will be. 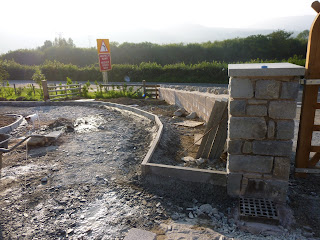 It's made the place suddenly look neater .... 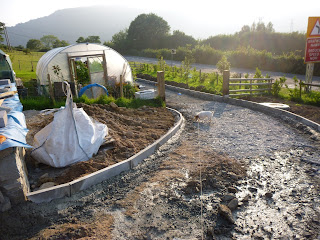 ... and the roadway to the poly and net tunnels and the paddock has finally properly appeared. 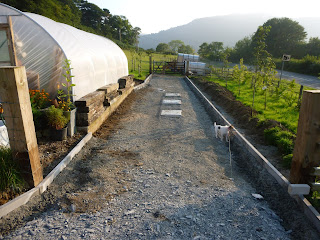 We've discovered the covers to the soakaway system have been set too low, so they will have to come up and an additional layer or two of blocks put in place so that they will sit neatly at the road level, rather than six inches under the surface !! 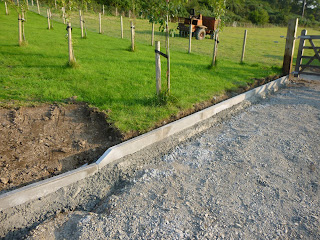 It takes a little dip for the step to the back doors of the tunnels. 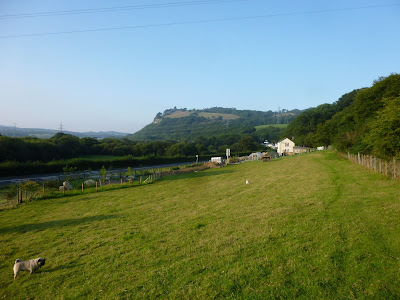 After photographing all that with the camera I just couldn't resist a backward shot of the house and hills,when I stopped to drink in the view during the doggy, and cat  walk.  It was a wonderfully clear evening as it has been all week.  But at this time of year a clear day and evening leaves for a very chilly night and the log burner has been lit a couple of times this week to keep the house at a more bearable temperature, while me and the dogs cuddle down to watch a bit of television.

There's a definite nip in the air even though we have been basking in really hot temperatures during the day, but the main thing for me is the pleasure in seeing the work finally coming to an end.  Another couple of weeks and the building work should be over.