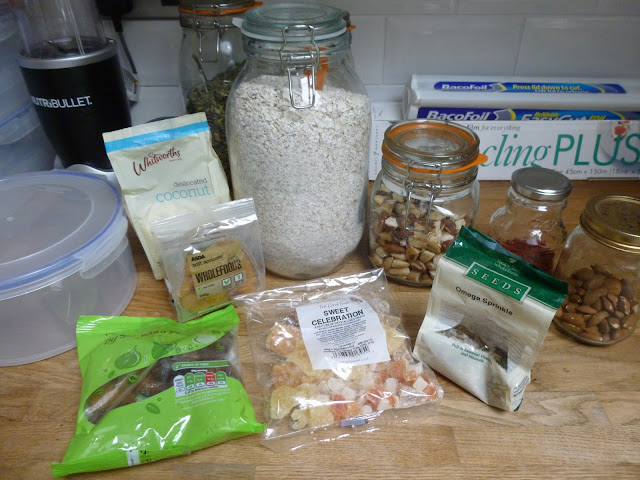 To me September means one thing ... the start of Autumn.

Yes, the days are still sunny ... if we're lucky, but the nights have drawn in so quickly.  It cools off dramatically now as the sun starts it's gradual dip behind the hills opposite the front of the house, meaning it's time to grab any washing left on the line, herd the dogs and Ginger inside and sometimes even grab a cardi to pull on over short sleeved T shirts.  It was dark here at 8.30pm last night, we drew the curtains, put on the lamp and cosied up in front of the television much earlier than we have for ages.

Autumn means jobs get finished earlier in the day and the evenings are longer.  The chickens retire to the henhouse at first sign of dusk and all is peaceful and more restful at a very respectable hour.

It also means that the frantic pace of growing and harvesting slips down a notch, and although I am processing as much of our produce as I can, the speed of growth on the plants has also dropped down a gear so I can actually keep up nicely, and by keeping up it encourages the veggies to put on one more growth spurt, and tomatoes picked as soon as they ripen mean more light for those that are left behind. 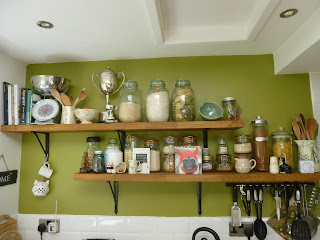 We ran out of cereal the other day and rather than dash to the shops to buy some more, wasting time, energy and petrol, I decided to use what we already had in store.   I pulled packets of things out of the cupboards and lifted down the large jar of porridge oats from the top shelf and set about making some homemade Muesli.

I don't follow any recipe preferring instead to judge it by eye.  Pouring a few handfuls of oats into a bowl and adding what I fancy and what I have.  I rarely eat cereal of any description so I always tend to tailor my muesli mix to Lovely Hubby's taste buds.  A bit fruity, a little bit sweet and most definitely nutty ... and this time a little bit coconutty too :-)

The dried fruits were chopped up small, the nuts ground to a chunky mix in the Nutribullet. It looked okay but then I decided to add a few more oats to bulk it out a bit more.  Not to the excessive level of a shop-bought muesli but just enough to mean the fruitiness and sweetness were more balanced. 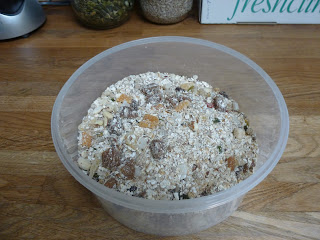 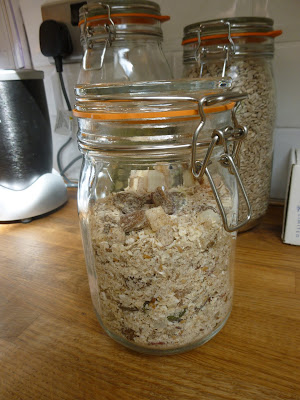 .... so much so that when we were out and about he bought me some more lovely storage jars so his muesli can sit on the worktop matching in with everything else that sits there, and I get my freezer box back for more food storage.