Do You Want To Be on Television? 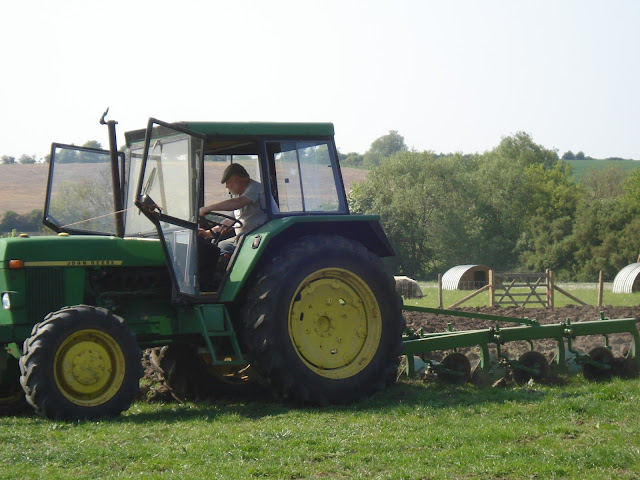 Have YOU ever wanted to be on television?

To be part of a programme that may help you to fulfill dreams and wishes you might have had for months, or even years.  There are lots of folk out there who say 'I wish I could live your lifestyle' to me, some of them know the about the tough times and still want to go for it, some just think it's all roses round the door and that mud, blood, sweat and tears are a mere figment of a smallholders imagination. 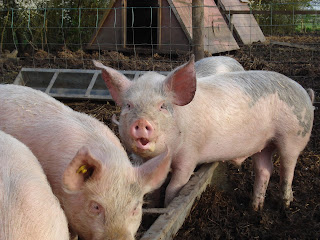 Whether you imagine the hard life or the' Good Life' if it's a real dream and one that you feel a real need to fulfill I have, potentially, just the opportunity for you.

Yesterday I recieved in my inbox an intriguing email.  They bounce in most days of the week, normally they are asking me to endorse something, to advertise something or to appear myself, something I can't unfortunately do, but this one asked if I knew of any of my readers that would be happy to take part in something.

My name is Eve and I work in the programme development team in BBC Bristol. We're looking at a new daytime programme idea featuring Paul Martin (antiques expert who presents the BBC1 show 'Flog It!' - but also happens to be a smallholder) whereby families thinking of leaving behind the urban life for a new one in the countryside try their hand at smallholding challenges at Paul's home.It might be that you and your family have always dreamt of giving everything up to move to your own piece of land in the countryside, or that you've climbed the career ladder for long enough and want the chance to become self-sufficient, or that being a smallholder has always been pushed aside in the face of the reality of your day-to-day lives.
We are looking to film what's known as a taster tape - a short preview film to give a flavour of how the programme might look and feel - with Paul and a family who are considering this change of lifestyle in around two weeks time. This will involve a bit of filming with you to find out more about why you'd like to leave the rat race and move to the country, and some hands-on practical smallholding challenges at Paul's farm in the south west.
We're looking to film in about two weeks time on the 21st September, so you'd need to be available then.
If you think you and your family might be up for the challenge, or have somebody in mind who you would recommend, please get in touch via my email address eve.white@bbc.co.uk and I will respond as promptly as possible.

There's not much time to think about it, but sometimes in this life it's good not to think too long, or too hard ... that's that's how it was for us when we decided to start our new life in the country.

We talked about it long and hard one night and decided to see if it was possible to bring forward our retirement idea of self sufficiency, so we placed an advert in the Farmers  Guardian, a paper Lovely Hubby had been reading and pining over for a couple of months, thinking it would give us time to test the waters and that nothing would happen for months .... but we got a reply within days and before we knew it we were viewing Jointers Farm and saying yes to a three year lease.

The rest is history and documented from the first day on this Blog.

So do YOU fancy it, get in touch with Eve if you do at the email address in the paragraph above, and you could possibly be having a little taster of your dream.

Yes, the photos are ours.   Lovely Hubby in his last tractor ploughing up a paddock to plant greens for the pigs, and Buster the Middle White/Large Black cross with his siblings in the orchard at feed time back in April 2011.