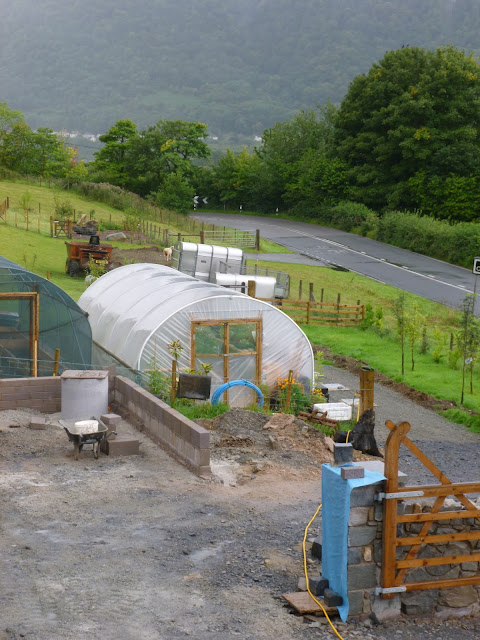 Sometimes I think I would forget my head if it were loose, and this from the person who has to remind Lovely Hubby of everything!!

Yesterday in between showers I took the dogs for a brisk walk around the paddock, on the way we called into the polytunnel and I spotted two cucumbers that most definitely needed cutting off the plant.  So I did.

Rather than carrying them with me for the dog walk I popped them on top of the gatepost where I would be unable to miss them when we came back ..... 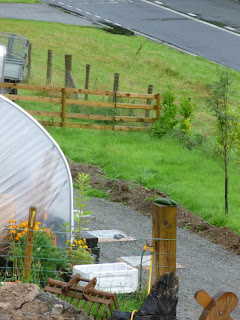 ... do you see what I spotted from the bedroom window later on in the day, after many, many more heavy showers of rain. 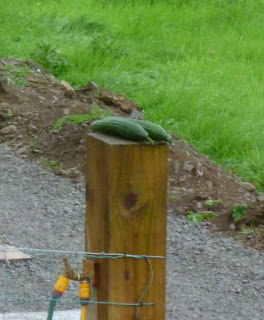 Yep ... two cucumbers - missed.  Well at least they had had a good washing !!