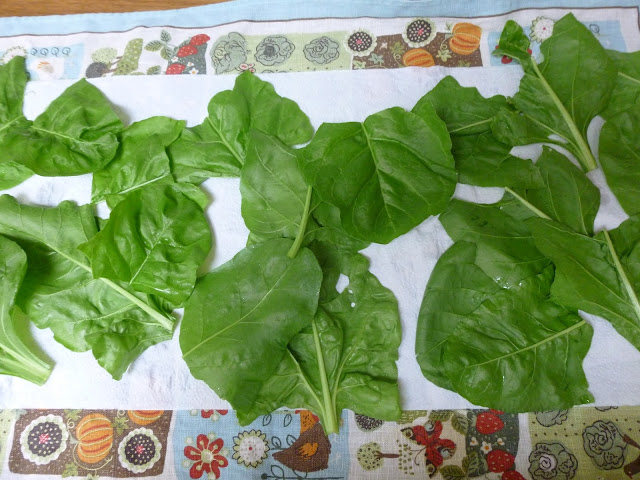 I decided yesterday to try freezing some of my Spinach so that it is completely uncooked and ready to be added to my morning Nutriblast.  To be honest I have never frozen spinach this way.  Any bags of fresh spinach in the freezer have always been bargain buys from the supermarket.  I find Monday morning in M&S brilliant for picking up bags of salad leaves or greens usually at 50p. and once home the spinach or kale was always popped straight into the freezer and it always worked. 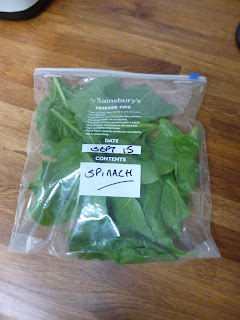 Well you know me I'll give most things a try.  So I picked some spinach, washed it in salt water and then rinsed it, spun it in the salad spinner and then patted the leaves very dry and then bagged it up, being careful for once to trap as much air in the bag as I could so I could keep the leaves free flowing.

It worked a treat.

When I took the bag out of the freezer late last night to exclude the excess air the leaves were frozen and free flowing.  I'll be doing lots more over the next few days. 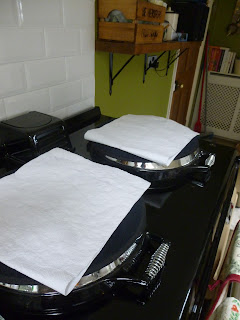 Of course I don't just use the kitchen paper once for this kind of job, ten minutes on top of the Aga saw it dry and ready to use for the same job next time .... or it would have been if Ginger hadn't knocked over my half empty glass of water and I grabbed the first thing close to hand to mop up the mess. 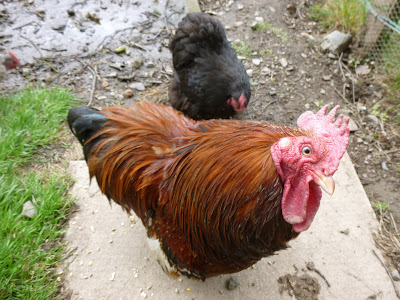 In some sad news, my glorious Caldwell II died on Sunday.

I found his sad little body lying sheltered from the rain under a bush in Chicken World.  He had obviously decided to meet his maker away from his flock of girls and chosen the solitude of the bush in the corner, I didn't spot him until I was walking round after cleaning out the henhouse.  We were worried about him a couple of weeks ago (see HERE), but he really rallied round and seemed almost back tp his normal self, the only thing that had me a bit perplexed was that he never attacked Lovely Hubby again, and that really was his thing.

He was a very special member of the family.  Bought for just £5 for us by my Mum at a Smallholders Auction we took her to.  She wanted the thrill of bidding, but unfortunately no one bid against her, so she got him with her first bid.  Cockerels are notoriously difficult to sell on their own, hence the usual habit of selling two hens with one cockerel,  but we thought he was magnificent and we had not long since lost our original Caldwell, who died with his five sons saving the flock from a fox attack.  (Hence the name being passed to our main cockerel in remembrance of true bravery.)

Caldwell II lived up to the bestowed name and showed his true fighting spirit when it was needed, his tale was told HERE.  Now he is at rest.  We were so lucky that he survived when he did and although he never reached his full glory again, he ruled his ladies with a gallant and gentlemanly spirit.  He was his own bird, a real character and he lit up our lives wonderfully in the time he spent with us.

RIP Caldwell, you were loved.