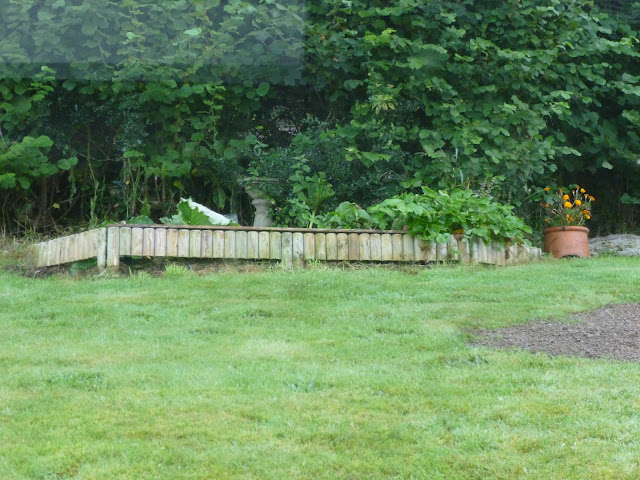 I was stood at the kitchen sink this morning staring into space while the kettle boiled for my first coffee of the day when a little drama started unfolding. 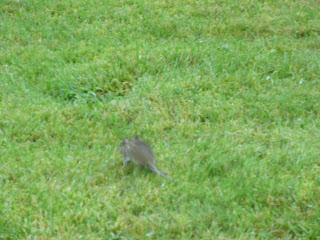 This little chap (or chapess ... my eyes aren't that good), dashed into view hobbling past the window on three legs and obviously in a hurry. 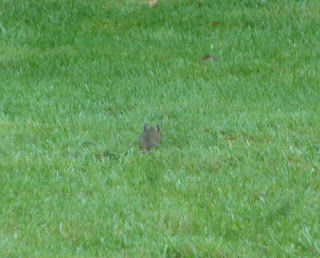 His fur looked crumpled and there were grab marks on his little back.  I quickly checked that Ginger was still in bed ... phew he was, no fault of ours then!! 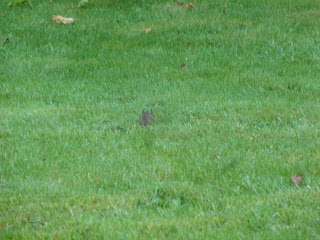 He hobbled up the hill as fast as his three good legs would carry him ..... 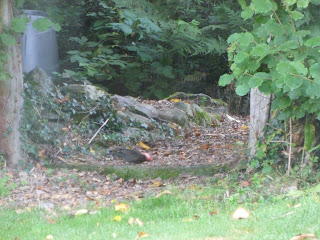 ... and disappeared past the blackbird that was tucking into a breakfast of rosy red apple.

And then WHOOSH ...... a huge bird of prey whistled past in the same direction having to shoot up in the air as his wingspan wouldn't carry him through the gap!!

Rosy went berserk barking and bouncing about desperate to be let out to chase this beautiful but very unexpected flying intruder, Mavis, Suky and Ginger all shot out of bed and I just stood there transfixed ... there's was no way I could have got a shot of that with my camera it all happened much too quickly. 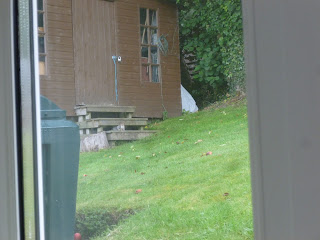 After a moment a little face appeared between the shed steps ...... 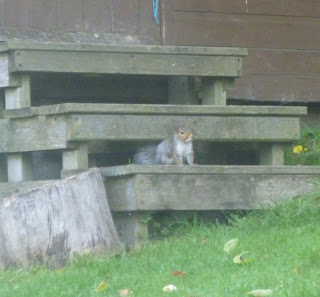 It all unfolded in a minute and was a wonderful start to my day.  A brief glimpse of the dramas that no doubt unfold over and over on our hillside, mostly unseen by us but impacting on little lives and livelihoods over and over.  I can only guess that the little mouse had been caught and then dropped and the bird ....

... it looked like a Buzzard but I can't be sure, (we have seen them here before) had dropped it after an unsuccessful pick up.  No doubt it was looking forward to a little titbit before a bigger breakfast and had tried to recapture his tiny prey.

I'm so glad I got to see all this and equally glad that we left the gap to the woodland relatively narrow, one little life saved, one startled Blackbird, and one squirrel that joined me in our ringside seats to a kitchen sink drama.