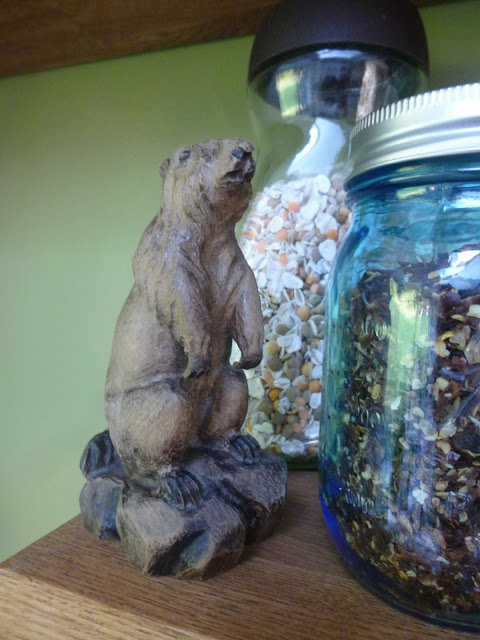 I bought this little chap at the weekend from the Warborough car boot sale.

Lovely Hubby was in a 'buying rusty tools because they might come in useful' mood and browsed the stalls getting some real bargains (yes, I have to admit it he did well), I bought a set of three books and then spyed this little chap.  Made of wood he is about 4" high, but I don't know what he is, but at just 30p I thought he could come home with me .... I like wooden things. 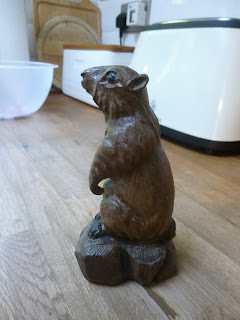 At first glance I thought he was a squirrel, but that notion was quickly dispelled, his tail is wrong, second guess was beaver, but no wrong tail again. 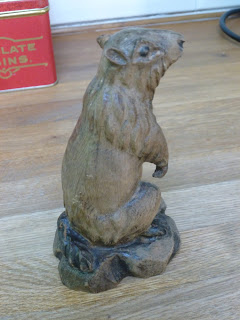 His tail is just a little stumpy furry thing curled behind him.  I wondered if he was a skinny, mini groundhog.  But  I don't know. 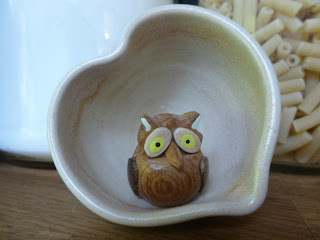 The little owl on the kitchen shelf next to him, just looks sad and puzzled .... but then he always does!!

Thank you to 'Anonymous'.