Sheep in the Field 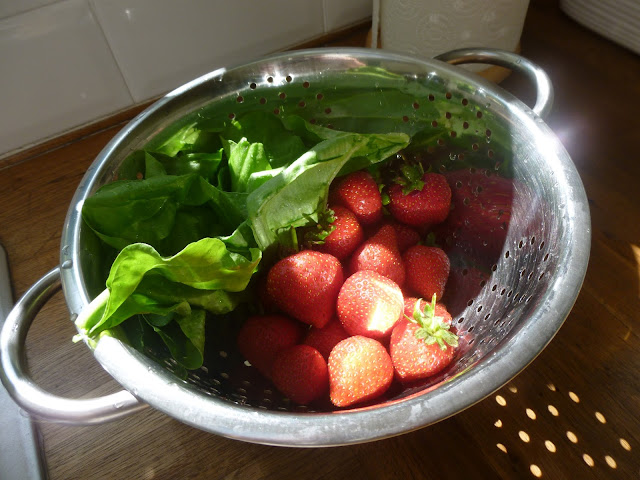 The homegrown stuff is coming thick and fast now, although these luscious looking strawberries are the last of the polytunnel berries for now.  The Spinach is living up to it's name of 'perpetual spinach',  between me and the chickens we are just about keeping up with it's growth, ah well better to have too much than not enough.

Once again we have Will's sheep in our paddock, just a handful this time three ewes and their four lambs.  Big, burly teenagers that are just about still suckling, but spending most of their days chewing the grass with their mums. 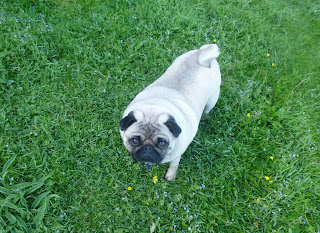 Suky loves them being there but this lot are not quite as friendly as the last lot and won't let her get up close or join in with the grass munching, even though she has shown willing and able and pulls up tufts of grass from a distance while they watch on ... just to show them that she does know what to do. 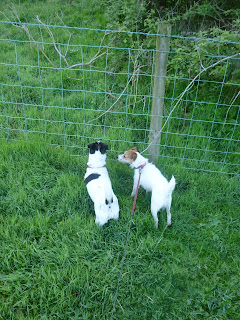 Rosy and Mavis are still more interested in the rabbits that run out of the paddock as we approach, diving for cover under the stock fencing and nipping sharpish into the woods, than they are in the sheep.

And walking round the field with the dogs is now a case of watching where we put our feet, or in Rosy's case looking for places that are really pooey for a good roll around in the grass.  I didn't realise just how ripe she was getting until I loaded them all into the car this morning to go for a longer walk.